Beethoven never finished his tenth symphony before his death. Now a team of researchers and musicologists has completed it - using an AI robot. The cultural news has had two Beethoven experts listen and assess the results. 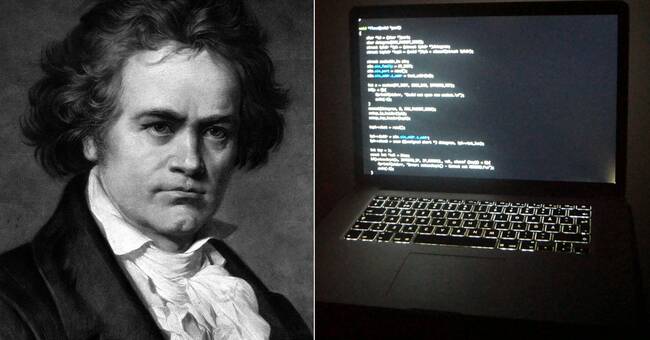 The researchers entered all the music they could find by Beethoven into a computer.

Then the artificial intelligence did the job and finished writing the work.

The symphony was performed this weekend in Beethoven's hometown Bonn, by the city's symphony orchestra.

- It is a rather interesting work, it is reminiscent of Beethoven.

But it is not a Beethoven symphony, says music critic Nicholas Ringskog Ferrada-Noli.

- Beethoven was a composer who constantly pushed boundaries.

Had he been able to complete the Tenth Symphony, it would have been more innovative and brilliant.

Instead, this symphony takes a step back in its development.

"Entertaining but not gripping"

- It is entertaining but it is not gripping.

Typical of Beethoven is a very drive in his music.

Now I experienced the music as pillar, it does not move much.

Åke Holmquist and Nicholas Ringskog Ferrada-Noli agree that the music lacks an emotional depth and that the AI ​​technology does not succeed in being innovative and surprising as Beethoven did.

- Beethoven's music expresses a person's soul and the struggle he had, with self-esteem, depression, the feeling of wanting to live despite his difficulties.

It is not included in this music.

The motivation to make the music does not come from the point of grief at all, says Nicholas Ringskog Ferrada-Noli.

At the same time, Åke Holmquist believes that Ludvig van Beethoven himself would have appreciated the project.

- He had probably considered the technology interesting.

But I do not think he would have accepted that a machine would write something that would grab people.

It takes a human soul and hand to do that, says Åke Holmquist.