Kryptonite of the XXI century: the new Superman will be bisexual

DC Comics has announced a new issue of Superman: Kal-El's Son. It is reported that in it Clark Kent's son Jonathan, who took over the duties of Superman instead of his father, confesses to his bisexuality and begins a relationship with reporter Jay Nakamura. According to co-creator Tom Taylor, "today, more people will be able to recognize themselves as the strongest superhero in comics." DC's decision to classify the hero as an LGBT + community has generated conflicting audience assessments. 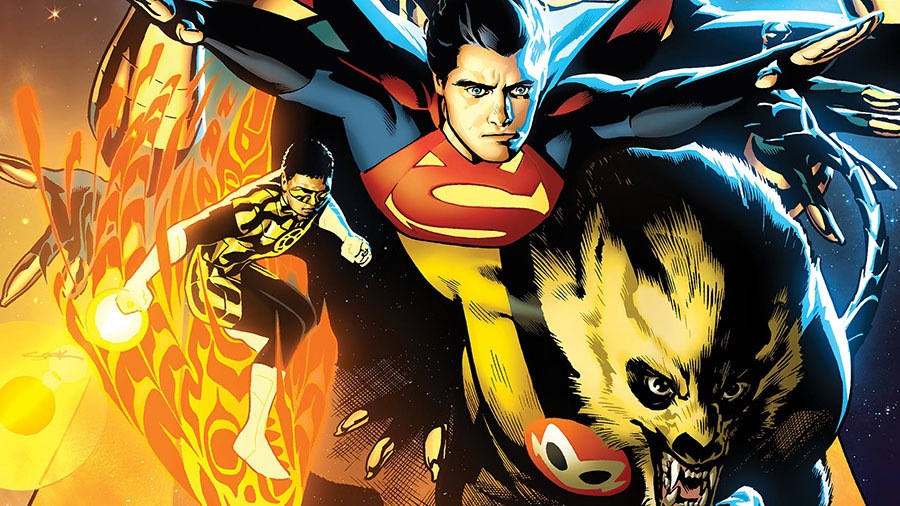 On November 9, the fifth issue of the comic "Superman: Kal-El's Son" will go on sale, in which the bisexuality of the title character will be revealed.

The hero of the story is Jonathan, the son of Clark Kent and Lois Lane, who continues his father's work and saves the world in a Superman costume.

A press release from DC Comics notes that John is mentally and physically tired of his new responsibilities and is seeking solace in a romantic relationship with reporter Jay Nakamura.

“I've always said that everyone needs heroes and everyone deserves to see themselves in their heroes.

I am very grateful to DC and Warner Bros.

for the fact that they share this idea, - said comic book author Tom Taylor.

“The Superman symbol has always represented hope, truth and justice.

Today, this symbol represents something more.

Today, more people will be able to recognize themselves as the most powerful superhero in comics. "

In turn, DC's chief creative officer and publisher Jim Lee called the change "an incredible example of the impact of the DC multiverse on storytelling."

They exist in their own worlds and times, and our fans can enjoy both stories at the same time, ”said Lee.

Bisexuality isn't the only difference between the new Superman and Clark Kent.

The modern hero, as they say, is in trend: he fights forest fires caused by climate change, prevents school shootings and opposes the deportation of refugees.

New York Times columnist George Gustines describes the reinterpretation of Superman as one of America's quintessential superheroes as an important step towards inclusion and diversity.

However, DC's decision to classify the hero as an LGBT + community has generated conflicting audience assessments.

“This is the end of the world.

Nothing is sacred anymore.

If the Man of Steel is now bisexual, then (expression. -

) "Up, up and up" takes on a completely new meaning.

“Fine, but why the hell is Kal-El's son still white?

The NYT wrote that there would be a black Superman.

And why is his fiancé white?

What kind of racism is this? "

"Bring kryptonite - this Superman is broken," jokes on Twitter.

Many Internet users - especially abroad - are positive about these trends.

So, the actress Dana Delaney, who voiced Lois Lane in a number of projects, said: "As Lois Lane, I would be very proud of a gay son."

“In a group of five, at least two are bisexual or gay.

So what if Superman's son turned out to be bisexual ... that's the reality we live in.

In August 2021, it was reported that the new Superman would become gay - the artist Van Skeever told about this.

He also stated that DC is having copyright issues with Clark Kent's character, so Jonathan Kent will be the new Superman.

Also in August, one of the characters in the comics about Batman - Robin - first appeared as bisexual.

According to the plot of the next issue of the comic book anthology "Batman: Urban Legends", Robin's alter ego Tim Drake realizes his feelings for a friend and agrees to go on a date with him.

In 2015, a similar transformation occurred with Catwoman Selina Kyle, featured in Batman comics since 1940: she, too, was made bisexual.

In addition, in the mid-2000s, Batwoman (Katie Kane) became a Jewish homosexual.

In 2020, the media reported that Arthur Curry (Aquaman) will be replaced by the homosexual Atlantean Aqualad, the hero of the animated series Young Justice League, as Lord of the Seas.

Only in 2021 did it become known that Loki is a gender fluid (that is, has a fickle gender identity) and bisexual, and the teenager Aaron Fisher, an open homosexual, became the new alter ego of Captain America.