Is Bashar al-Assad's Syria back on the regional diplomatic scene?

Flash rapprochement with Jordan, major role in the Lebanese energy crisis, reintegration within Interpol, the signs are clear: Syria is partially breaking its i… 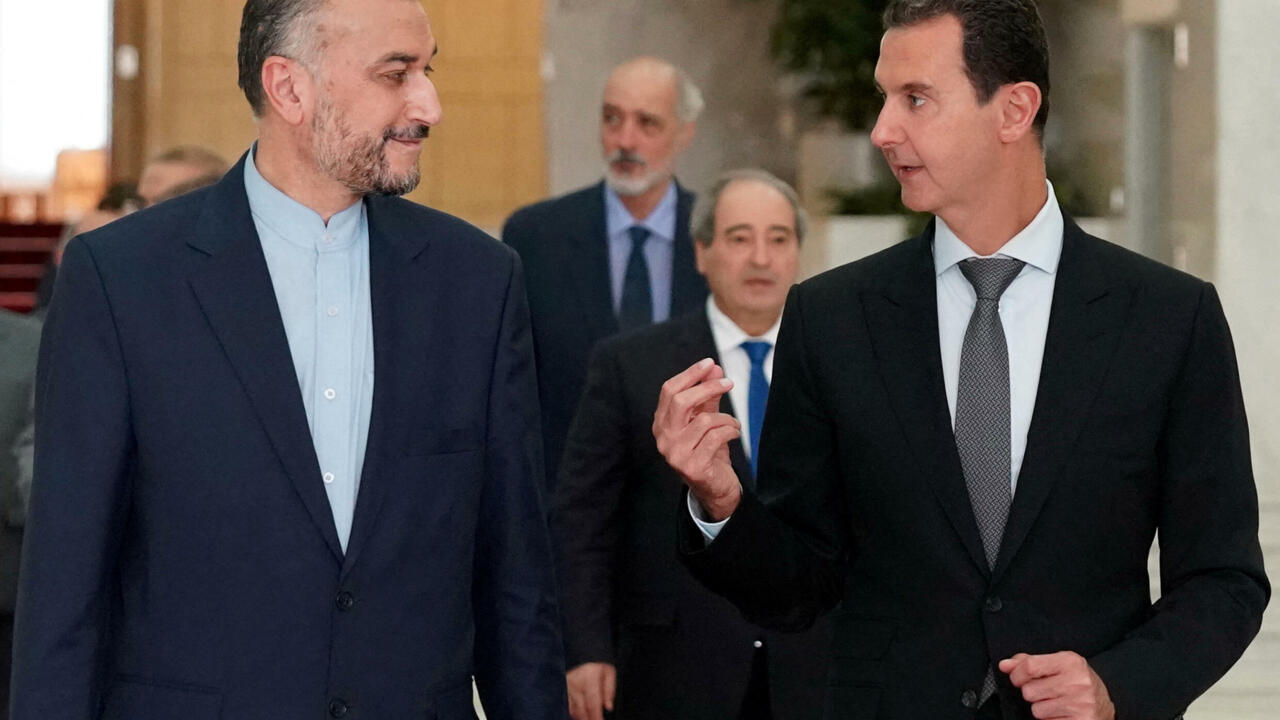 They had not spoken officially for over 10 years.

A simple phone call, but one that is of capital importance for the Syrian regime, still considered an outcast by the international community.

For several weeks, the rapprochement between Damascus and Amman has accelerated.

Foreign ministers met on the sidelines of the recent UN General Assembly and several Syrian ministers were received by the Jordanian authorities.

This Jordanian-Syrian rapprochement was crowned by the reopening, at the end of September, of the main land border crossing point, that of Jaber-Nassib, in the north-west of Jordan, which shares 375 km of borders with its Syrian neighbor.

There is no question for the moment of talking about the normalization of political relations.

An exchange of ambassadors is not on the agenda, even if diplomatic representations are open.

On the Jordanian side, the objective is above all economic.

Before 2011 and the start of the war in Syria, land exchanges between the two countries represented for the Hashemite kingdom no less than $ 615 million per year.

After the Covid-19 pandemic and years of regional destabilization, Jordan can no longer afford the luxury of turning its back on the Damascus regime.

With this merger, Bashar al-Assad continues his rehabilitation on the regional scene.

At the end of 2018, Abu Dhabi announced the reopening of its embassy in Damascus after six years of rupture, followed shortly after by Bahrain.

Other countries, such as Egypt, Oman, Iraq and Jordan, have also gradually softened their positions vis-à-vis Damascus.

“Some Arab countries have in fact continued to maintain low-profile, lower-level contacts with Syria, and the governments now publicly approaching the regime have actually wanted to do so for a long time. In the region, everyone understands that Bashar al-Assad won the war and that we must have contacts with him, "said Aron Lund, Middle East analyst associated with the Century Foundation, joined by France 24.

Another element has helped move the lines in favor of Bashar al-Assad: the arrival of Joe Biden at the White House.

"Obama and Trump have maintained strong pressure to avoid such reconciliations. This is no longer the case under Joe Biden," says Aron Lund.

Sign of this more pragmatic approach on the American side: the exceptional green light granted in August to the Egyptian gas delivery project via Syria to Lebanon in crisis, despite the heavy sanctions of the Caesar Act, adopted in 2019 and which prohibits any transaction with the Syrian authorities.

"The American ambassador in Beirut has accepted the principle of supply via the Syrian gas pipeline by suspending de facto but on an ad hoc basis the Caesar law. This is to prevent Iran from sending its fuel oil shipments by boat ", analyzes David Rigoulet-Roze, associate researcher at Iris (Institute of International and Strategic Relations) specializing in the Middle East region.

Bashar al-Assad will undoubtedly use this positioning skillfully to show that we cannot afford to leave it permanently out of the game ".

It remains to be seen whether the Syrian gas pipeline is still in good working order after more than ten years of war.

An audit is currently underway to verify the condition of Syrian installations.

Back in the Arab fold

For Bashar al-Assad, the planets therefore seem to be aligning themselves for a return to the regional diplomatic game and the question of reintegration into the Arab League is thus becoming more and more pressing.

"The most influential countries within the Arab League, except Saudi Arabia, are in favor of a reintegration of Syria. I would be surprised if this reintegration did not take place in the next two years", predicts Aron Lund, according to which Syria could overcome the last reluctance by offering tokens of goodwill on the release of prisoners or guarantees on the return of six million Syrian refugees.

>> To see the guest of France 24: Raphaël Pitti: the situation in Syria "is the shame of Europe and the Western world"

Heavyweight of the organization, Egypt and General Abbas Kamel, head of the intelligence services, is piloting this comeback.

Here again, it is particularly a question of countering the influence of Tehran in the region.

"The ties between Damascus and Tehran are very strong. If Bashar al-Assad won the war, it is largely thanks to Iran. On the other hand, some believe that continuing to ostracize Bashar al-Assad is to push him in Iranian arms definitively. The idea of ​​these Arab countries is to insist on the 'Arabity' of Syria to weaken its Tehran links ", analyzes David Rigoulet-Roze.

The latest event to date which seems to indicate a turning point for Syria on the diplomatic level: its return to the Interpol information exchange system.

Damascus was suspended in 2012 when international sanctions fell on the country in response to crimes committed by the regime against its people.

"The intelligence services are realistic. They know that they cannot do without the restoration of a minimum of links with the Syrian services which have the experience of the management of the terrorist risk", explains David Rigoulet- Roze.

However, this return of Syria to the global diplomatic game must be largely put into perspective according to the specialists interviewed by France 24.

>> To (re) see, our Reporters program: Lebanon-Syria: trafficking and sanctions, the new front

"No one wants to be seen in a photograph shaking hands with Bashar al-Assad," recalls Aron Lund.

"Beyond the regime's toxic reputation, there are many obstacles to greater normalization especially with the United States and the European Union."

Since June 2020, the Caesar Act has made it possible in particular to dissuade individuals, entities or companies from collaborating economically with Damascus.

Sanctions that Syria's neighbors would like to see reduced.

But for now, no partial lifting of US sanctions, which would require a politically costly vote in Congress for Joe Biden, is on the agenda.