Borja Ortiz de Gondra: "You cannot give forgiveness or second chances to someone who does not assume the damage of ETA"

Borja Ortiz de Gondra's (Bilbao, 1965) is the story of an endless flight. Of a society, that of the Basque Country in the 80s, charged with violence and silences. From a family,... 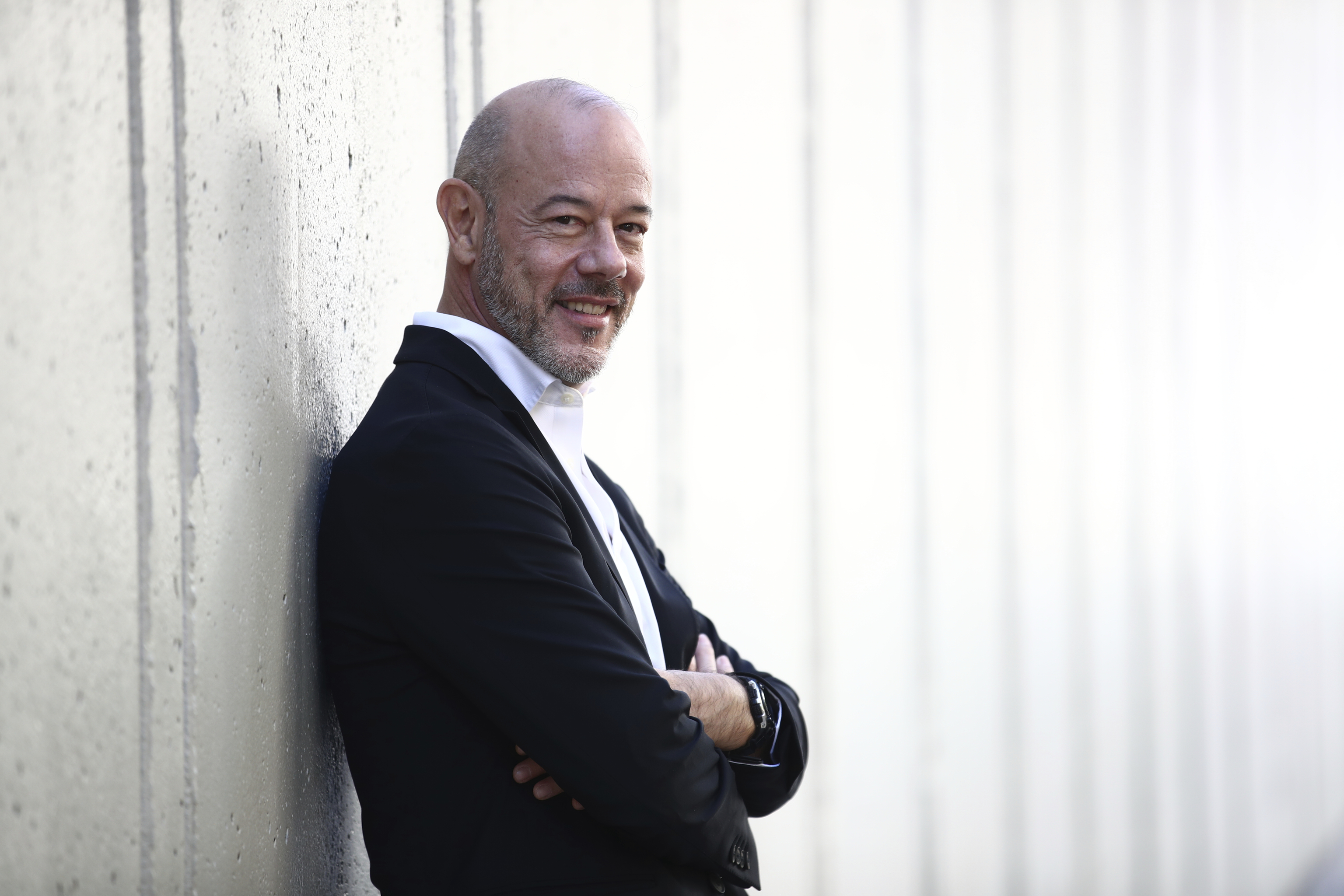 Of a society, that of the Basque Country in the 80s, charged with violence and silences.

in which he was never accepted for not following the designs.

From an environment in which he did not meet linguistic, social or sexual demands.

And yet this is also an eternal return, after 50 years. "My flight was not a complete liberation, that is my contradiction," acknowledges the writer. It was not because, trying to "untie" the past in Paris or New York, seeking to be "a cosmopolitan author" his mind returned to Algorta. «The more I have gone, the more I have felt those roots that pull me. It's when I've gotten my hands into that muddy mess that success has started to explode. '

, the first part of his trilogy; It was continued by the second,

You will never be a true Gondra

, and now seeks closure with

, which opens tomorrow at the Valle-Inclán theater. A look to the future and to its generations so that "mistakes do not repeat," "violence" and "silences" that for decades have been, and still are, common in the Basque Country for decades.

An idea that arises from "seeing very young people, 20 years old, to whom everything that has happened in the Basque Country with ETA terrorism is indifferent because they look to the future and do not care what happened." Its counterpoint is that "other part that looks at the past with such distance that it romanticizes it." «It is very painful and it is a wake-up call of what can be repeated.

For them, the terrorists are what the Carlists were for my grandparents, romantic fighters

. These are people who have not seen the destruction caused by terrorism, they see it as a movie from the past and do not understand that 10 years ago people were killed.

It was just then, in 2011, when the terrorist gang announced the cessation of arms, when Borja Ortiz de Gondra launched himself to write his story and close the "wound" of his march "looking the other way", of "an obsessed society with the language, the blood and the surnames in which if you do not fit in that block you have no place ».

Now, from his exile in Madrid, he looks towards the "place in the world corroded by violence" that he left in his youth marked by "a hominous silence" and "a corpse in the closet" which is that of terrorism, together with "some families seeking to take steps towards reconciliation. “

If it is not recognized that ETA did harm, you cannot give away forgiveness or second chances

. But if someone takes that step, I think we have to think about the following generations, how to ensure that they do not perpetuate what we live, ”he warns the playwright, who is also the protagonist of his work.

For Gondra, there is a fetish phrase, words by the Polish poet Czesaw Miosz that headline her novel and the closing of her theatrical trilogy: "There may be no memory other than wounds." «That phrase has made me understand that

my memory is always linked to pain

and that digging into that wound I don't know if it perpetuates it or, on the contrary, it will serve to ooze and close it. But I need something to move me to start writing.

And, on this occasion, the possibility of oblivion that he appreciates in his place of origin and his renunciation of Basque memory has done so. «I never try to make theater that is too political, but in this play you can see how an

to an ETA member or how a son goes to the most brutal iconoclasm and says that nothing about Basque memory matters. That is a position that I see a

lot because now we are the most modern, the

... visit the Basque Country and the Guggenheim, it doesn't matter what we've been through

And, in between, Borja Ortiz de Gondra appreciates "the small hopes" of someone who has stepped forward, has changed, "clings to life" and "thinks about the next generation."

"I don't know why, but that's the reality," he adds with his gaze "from a distance."

«Those of us who have left but have not dissociated ourselves have a very internal look.

You don't stop being Basque until you die, although sometimes it is a sentence.

He managed to understand it with "a process of maturity" when he reached 50 because "I began to feel that you have more past than future", "you have to solve certain things" and "you have the freedom that you do not care what they say."

"I've always had that fear, since I went to school and when I was six years old I knew it was different because they talked behind my back," he explains.

But he also lived it at home, in the bosom of his family, where neither his artistic vision nor his sexual condition were accepted.

Finding your own way is very difficult because it is very cold out there.

Families have something very vampiric, they force you to be one way, but they are also welcoming and supportive if you follow the rules

But going out is the only way to assume your identity and proclaim who you are.

He succeeded, although he did not stop revisiting his escape in each fragment.

Some more fugitives have also done so with their texts.

“Many people have come to tell me that this has helped them or that they feel that I am telling their story.

That helps me to understand that what I have done is not simply to show my little story, to bring out my egocentricity,

but to share something common with the world, "he says.

I decided not to.

CineLuis Tosar, the discreet actor who has become the unexpected protagonist of a controversy about ETA

San Sebastián FestivalIcíar Bollaín: "The delegitimizing speech of the violence of the repentant ETA members is unbeatable"

Spain Arrimadas, at the site of the attack on the Zaragoza barracks, cries out against "the laundering of the murderers and the oblivion of the victims"