How beautiful is Yunnan? Who regrets who hasn't been...

Author: Wang Jingya   Located in Yunnan Province in southwestern China   Known as   "Animal Kingdom" "Plant Kingdom"   And the reputation of "species gene bank" Asian elephant. Photo by Zuo Lingren   Yunnan Province   Only 4.1% of the country's land area   But it covers the earth   Except for oceans and deserts   All ecosystem types   There are many rare and unique   Or ancient group 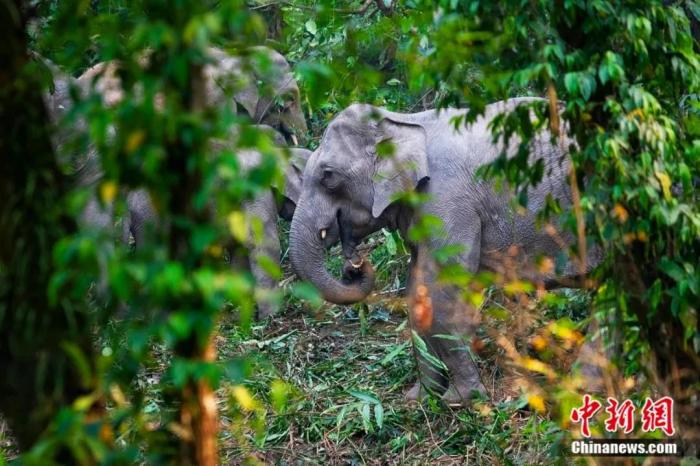 And the reputation of "species gene bank"

But it covers the earth

Except for oceans and deserts

There are many rare and unique

Or ancient groups of organisms

It is also the origin and differentiation center of many species

Biodiversity ranks first in the country

Created the South of Colorful Clouds

The spectacular scene of "all things symbiosis"

From majestic mountains to tropical rainforest

From plateau lakes to rushing rivers

In this rich land

Harmony between man and nature

How beautiful is it?

A set of pictures, tell you the answer!

"A mountain is divided into four seasons,

It’s perfect to describe the mountains in Yunnan

Achieving a grand view of tolerance

How many people come to yunnan

Just for a glimpse

Its highest peak, Kawagebo, is 6,740 meters above sea level

Snow does not melt all year round

About 17% of higher plants in China

When the land of Shenzhou was covered by snow and ice

The sun is shining brightly in Dali, Yunnan

The delicate winter cherry blossoms are all blooming

Between the misty mountains

On the land of Yunling

Except for the lofty mountains

Fishing in the open lake of Dianchi Lake presents a scene of "hundreds of boats entering Yunnan, thousands of sails competing for development".

As the largest freshwater lake in Yunnan

Dianchi Lake, known as the "Pearl of the Plateau"

Located in the southwest of Kunming

It is the "Mother Lake" of generation after generation

Fuxian Lake, praised by the ancients as "the glaze of thousands of hectares"

Reserve 15 tons of Class I water for each Chinese

In the distance, the Cangshan mountain is covered with green, and the wind is surging

The lake is shining and the flowers are luxuriant

The clear water and clear waves of Erhai Lake

Lugu Lake at the junction of Yunnan and Sichuan

A bird's-eye view of the Pu'er Xima River.

How can we not talk about rivers if there are lakes

Hundreds of river catchment areas spread across the province

The Lancang River and the Mekong River connect six countries

The first bay of the Nu River.

Once blocked the Japanese invasion of Yunnan

It's even more dangerous, majestic and breathtaking

And it is here in Yunnan

Live a group of beautiful "elves"

More than half of the national categories

The number of species is the highest in the country

Thrive on this land

Make the title of "Animal Kingdom" famous all over the world

There are more than 3,000 cute Yunnan golden monkeys

They have regarded humans as friends

Prototype of the auspicious bird phoenix

One of the most beautiful birds in the world

And treat this as my home

The number of overwintering black-necked cranes has reached more than 1,900

The endangered plant Huabai reappeared in a hundred years in time. Photographed by Jiang Hong

The title of "Plant Kingdom" in Yunnan

The same is not a vain name

There are 19,333 species of higher plants

Thousands of acres of cosmos are blooming in the ancient stone forest.

There are many mysterious plants with different shapes

The critically endangered plant Xichou Qinggang introduced to Kunming for the first time in 13 years.

Everyone loves flowers and wild plants

All kinds of wild flowers and edible vegetables are freshly listed in a farmer's market in Kunming.

Chrysanthemum has become one of the raw materials for bridge rice noodles.

Among the recorded fungi

Yunnan accounts for about 9.4% of the global species

Is a veritable "Fungus Kingdom"

Among so many kinds of fungi

I found a lot of Yunnan foodies

Their "source of happiness"

Various wild mushrooms for sale in the market.

No one dares to be number one"

Various wild mushrooms for sale in the market.

under such a circumstance

Yunnan has produced a unique culture of wild fungi

Vendors in the market use mobile phones to sell wild mushrooms live.

Sold from the deep mountains to the global table

Make it a green industry for getting rich

I believe all friends

Already the same as Xiaoxin

The direction of the heart.

Fifteenth Conference of the Parties

The first phase of the meeting

It is being held in Kunming, Yunnan Province

Become the focus of the world again

Action is worse than heart

Yunnan, waiting for you!