Accents d'Europe - Poles in the streets for Europe

They took to the streets in droves yesterday. 80 to 100,000 Poles in Warsaw and elsewhere to say that they did not want a Polexit, their country leaving the European Union. The time is ... 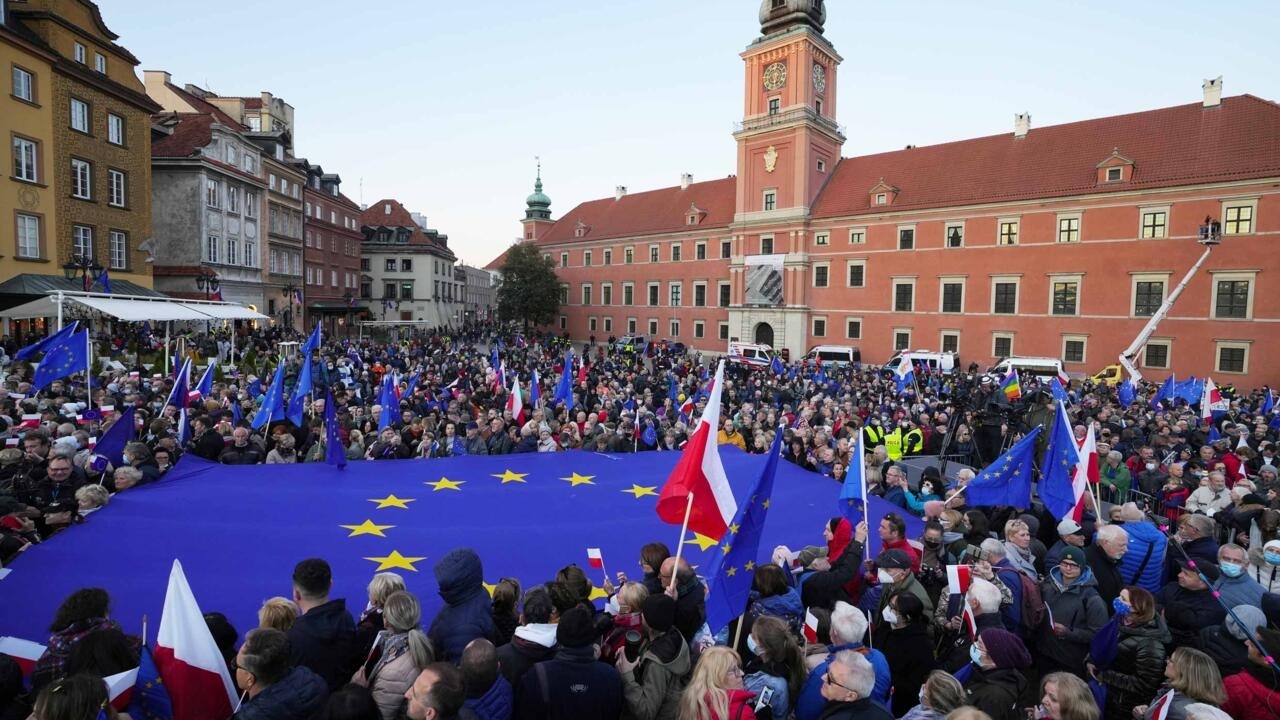 Poles in the streets for Europe

They took to the streets in droves yesterday.

80 to 100,000 Poles in Warsaw and elsewhere to say that they did not want a Polexit, their country leaving the European Union.

The time has come for maximum tension between Warsaw and Brussels, while the Polish Constitutional Court considers that the decisions of the European Court of Justice are incompatible with national law.

But in a country which owes a lot to Europe for its economic development, and where 80% of Poles say they are in favor of Europe in the polls, this new crisis orchestrated by the PiS, the party in power, does not pass. .

Listen to these two demonstrators that

Also to listen: In the News: Poles in the street to defend their membership of the European Union

And if the independence of the judiciary and the press, the rights of LGBT minorities are at the heart of the dispute between the European Union and Poland, the issue of migrants and respect for human rights is also in the foreground. European collimator.

On the border with Belarus,

Warsaw is building a wall of barbed wire

to prevent the arrival of thousands of migrants.

The situation on the border, where a state of emergency has been declared, poses humanitarian questions.

But residents and activists come to the aid of migrants who manage to cross.

Report a few kilometers from the Belarusian border signed

The rest of the Pandora papers

These revelations on tax havens and offshore accounts that splash a good part of the leaders of the planet.

In Hungary, the name of Prime Minister Viktor Orban does not appear as such.

On the other hand, businessmen very close to his government are clearly singled out.

Will they be prosecuted?

We can doubt it because the police and the judiciary are closely linked to the ruling party.

Impunity, impunity despite the revelations

In Russia, billionaires can sleep comfortably.

Since 2018, three Russian islands have been transformed into “in-house tax havens” for Russian wealthy people.

Explanations from Moscow by

And if Europe was also a story of terroirs

Gourmet products that tell us a little bit of our identity and that we defend with controlled or protected Designation of Origin, as Europe knows so well.

Products at the heart of small and large European battles that

tells us in her column

Thousands of Poles demonstrate to show their attachment to the EU

Poland-EU showdown: "An escalation in a conflict that has lasted for more than five years"

Pandora papers: shockwaves and reactions in Mexico, the United States, Pakistan and the Netherlands