Chinanews.com, Jinan, October 10th, report title: Lu Cai passed on people hope to "break the game" and help Chinese food culture "go out"   Sha Jianlong   Yang Xiaolu never thought that 10 years ago, he just wanted to make a dish and pass on his ancestral cooking skills. Today, his stores have more than 6,000 stores around the world, with a daily turnover of 30 million yuan, driving more than 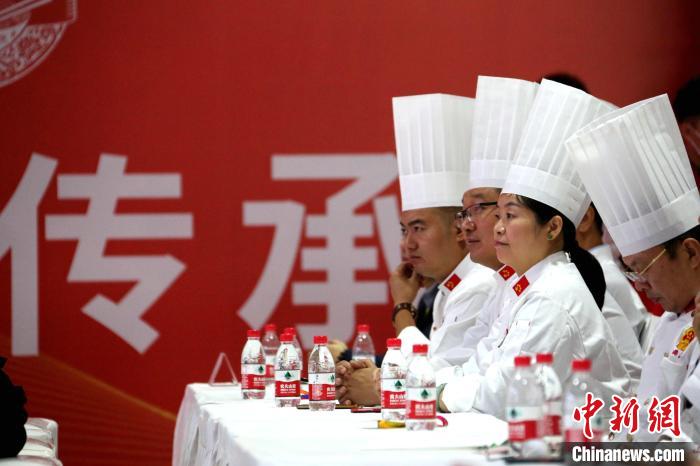 Yang Xiaolu never thought that 10 years ago, he just wanted to make a dish and pass on his ancestral cooking skills. Today, his stores have more than 6,000 stores around the world, with a daily turnover of 30 million yuan, driving more than 30,000 people to work. Traditional Shandong cuisine once again "goes out" in another form.

Shandong cuisine is the first of the four traditional Chinese cuisines (or "eight major cuisines"). It is the cuisine with the longest history, the richest techniques, and the most powerful, and the representative of northern cuisine.

Originated in the Spring and Autumn Period, and reached its peak during the Ming and Qing Dynasties, Lu cuisine became the first choice for court cuisine. Representative dishes include sweet and sour carp, Jiuzhuan large intestine, and milk soup pucai.

Based on the concept of "raising a store as a child, raising a brand as a child", the "Yang Mingyu Yellow Braised Chicken Rice" named after his son has quickly become a "myth" in the industry for 10 years.

On the basis of the original production style, he has improved the ancestral sauce to make it more in line with modern tastes, and through process adjustments, the meal can reach fast food speed.

From the first store in 2011 to more than 2,000 in 2014, "Yang Mingyu Yellow Braised Chicken Rice" franchise stores are located in various cities in China.

"The United States has brought McDonald's and KFC into China. Similarly, we can also make the fast-food model of Chinese food go global." In 2015, the first overseas store was successfully tested in Australia, and then directly operated stores were opened in Japan and Canada. The United States opened branches, and "Yang Mingyu Yellow Braised Chicken Rice" "appeared" in more than 10 countries.

Among them, there are many international students who have eaten this meal in China to open branches after returning to their country.

She told reporters that Shandong is the birthplace of Confucian culture. Affected by the value and aesthetic orientation of Confucian culture's "neutralization", Shandong cuisine emphasizes the harmony of the five flavors of sweet, sour, bitter, spicy, and salty. The dishes are mellow and delicious. Many and delicious handmade pasta, "foreign consumers find it magical and especially like it".

Lu cuisine is good at heat, good at adjusting the five flavors, the dishes are generous, the taste is salty, crisp and moist. Although there are Lu dishes in overseas Chinese restaurants, Yang Chunli found that its essence and cultural connotation have not been well displayed and spread overseas. .

She believes that this is related to the bottleneck encountered in the development of Lu cuisine. There are many reasons such as conservative communication thinking, lack of brand influence, the inability of real Lu cuisine production to "show its skills" overseas, and the lack of persistence of the younger generation of inheritors.

"All this makes Lu Cai lack the appeal and reputation."

In his opinion, "going out" is not only going abroad, but also branding. "Yang Mingyu yellow stewed chicken is a good example." There is a lack of Shandong cuisine brand hot spots."

Many cuisines have different tastes between the past and the present. In recent years, many Xinpai Lu cuisines have begun to develop. Through the selection of ingredients, they pay more attention to scientific health and nutrition to make them more accessible to consumers.

Zhang Huaguo called on the chefs of Shandong cuisine to increase their willingness to "go out", such as participating in various food and cultural festivals, competitions, exchanges, and training.

He believes that the charm of Shandong cuisine and Chinese cuisine can have a certain impact on the "taste buds" of the world. "Lu cuisine will not decline, just waiting for the opportunity of'blockbuster'."

On that day, the 6th China Shandong Cuisine Food Culture Festival opened in Jinan continued. Dozens of Chinese Shandong cuisine masters exchanged and displayed on the spot, and they also looked forward to the real "renaissance" of Shandong cuisine.