What if Thor had no siblings? What if all the Avengers died suddenly? And most of all, what would happen if Ultron took over ... 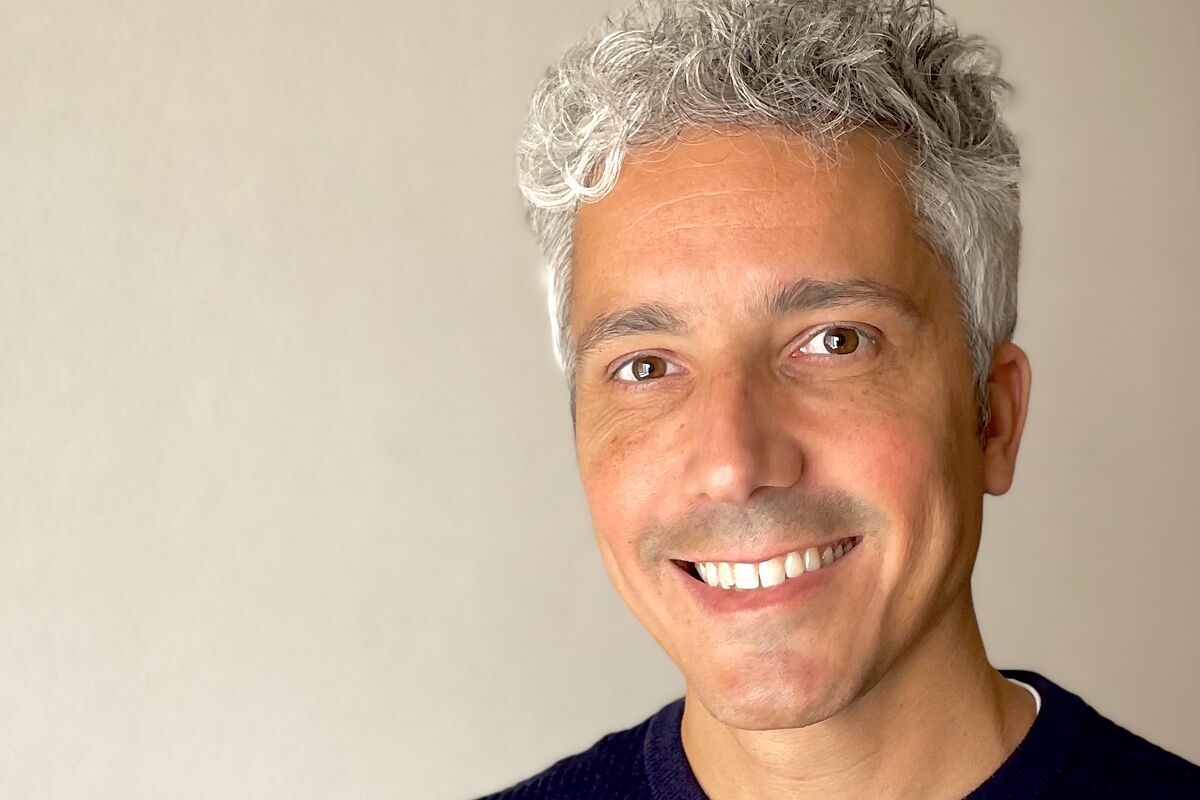 What if Thor had no siblings?

What if all the Avengers died suddenly?

And above all, what would happen if Ultron took control of the six infinity gems?

The questions have been raised in recent weeks by

Marvel's first animated series, which for nine installments has been rewriting the history of the Universe.

And, behind one of them, are the hands of a Madrid artist,

, who already in 2015 had lived the Marvel experience with

Guardians of the Galaxy.

"But this is different, at the animation level it is a different style than what we were seeing, more personal and with higher quality," he explains from Vancouver on the other side of the screen.

There he has settled in recent years after starting his animation career in Spain, in Madrid, with

and then passing through Paris and London. "My aspiration when I studied 3D was to make films and in 2000 in Spain there were not even animation studios." For this reason, he worked in advertising until he saw that it was too small for him because he needed more. "And I

wanted destruction, cinema, to get a film that would fight for the Oscars

, to feel part of a big Hollywood project," he acknowledges.

), The last bet of the universe premiered on Disney +, which due to its success with these nine episodes already points towards a second season.

"It is wonderful to be in these projects with so much impact and that they also have such quality."

That quality is measured in the seconds of animation that each of the artists, whom Tote has coordinated, has to perform per week: eight compared to, for example, the 20 they had in

"This is already a quota closer to the cinema," he points out.

The question cannot be ignored: how many hours does it take to animate those eight seconds? "

I speak from the perspective of 40 hours a week, but it is usually 50.

In the end you become infatuated, you become fond of the plans and you know that many people will see it. So the little effort benefits the company, the project and you as an artist". Which does not imply that there are no moments of frustration.

"Think of a one-minute shot that you can be animating for two months, it's a long time and a short two-second shot can go through you because it doesn't convince the director. You have to look at it a thousand times and think about those two seconds many times during a week,

and you no longer have any perspective on whether you are going the right way or the wrong way, "he details.

This is where the role of this Madrid native comes in, who discovered true animation studying in Los Angeles with Disney and Pixar professors, as an animation director who coordinates

a multicultural team with animators from Brazil, Mexico, Colombia, New Zealand and Canada

. "Everyone knows animation, but everyone has their own personal style. This is like drawing a vase, none of us do it the same, but the challenge is for the team to go in the same direction."

In the midst of this, the young man

brought to Vancouver by

and Pixar's first 3D movies - "that's where I wanted to be" - has thrown himself into video game development as well.

"When the pandemic started and we started working from home, I had no social life so I started developing video games out of artistic ambition to try new things."

In fact, the first one already has it in the Apple Store:

And, incidentally, defends an art that "has always set limits in the houses."

"I understand that parents think that any excess is bad, but video games also make you develop a different mental agility," he concludes.

Anyone would say that, in the life of Tote González, there is room for something more than cheering in front of the computer.

But there is: soccer and tennis.

"They have been my two passions since I was a child and you have to do something to stay in shape and not be sitting in front of the computer all the time."

For this reason, every week, there is a game of one of its two sports specialties.

Animation people tend to be very sporty, but I appreciate it once a week

Although he warns: "Football in Vancouver is horrible from now on because you know you're going to play wet yes or yes," he concludes.

Better to be at the computer cheering with the heating.

Europe, not very receptive to the crusade of Spain and France against the price of electricity