Mai Ezz El-Din, the Egyptian artist with a beautiful face and an attractive and soft look, ignited the social media platforms with a new image of her after an absence that lasted for more than a month from social networking sites. 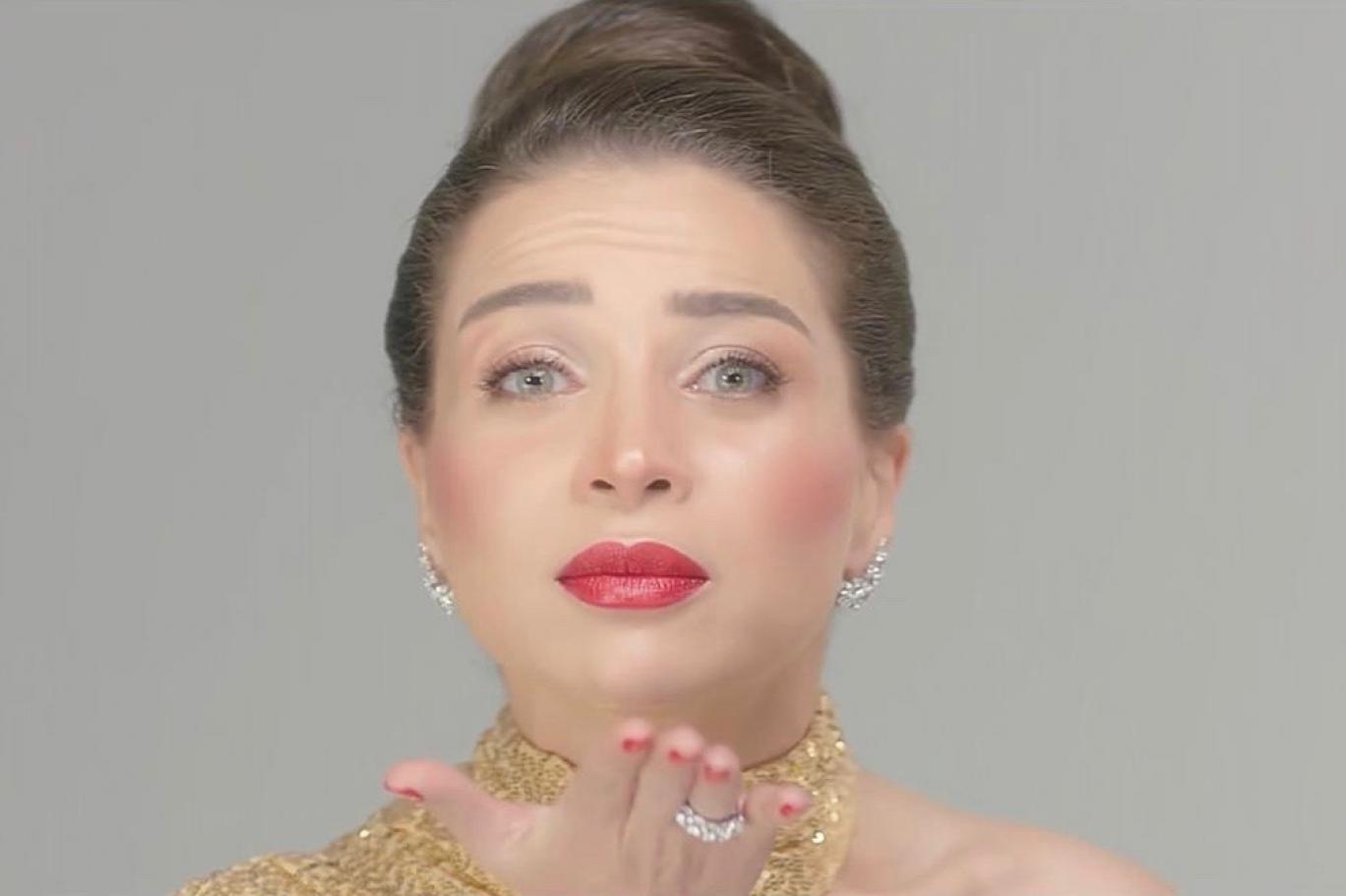 Mai Ezz El-Din, the Egyptian actress, with a beautiful face and a soft, attractive look, ignited the social media platforms with a new image of her after an absence that lasted for more than a month from social networking sites.

Mai appeared in the photo that she posted on her official page on the Instagram photo and video exchange site, to announce one of the hair products and the other about beauty products, and relied on focusing on her calm face and a simple “makeup”, as usual outside photography, and left her hair hanging down.

The artistic community expressed their happiness at her return, expressing their longing for her, especially as she often disappears from view after her preoccupation with photographing her artworks ended.

While the artist, Aiten Amer, commented: "Welcome back.. the moon rises," to reply to her: "You are the moon, dear." The artist, Randa Al-Behairi, added: "Venk, my dear, I miss you," to reply to her, saying: "And you are strong."

It is noteworthy that Mai Ezz El-Din’s last work was last year through the series “Khit Harir”, which co-starred with: Sawsan Badr, Mahmoud Abdel-Mughni, Nicolas Moawad, Mai Selim, Hanadi Muhanna, Safaa Al-Toukhi, and Hanan Suleiman, and it is directed by Ibrahim Fakhr.

Mai Ezz El-Din was born in the United Arab Emirates, but returned to Egypt after her father separated from her mother before she completed her third year, to return to her homeland with her mother in Alexandria, and explained in a previous media meeting that her father is a Muslim and her mother is Christian, but she helped her adhere to the teachings of the Islamic religion, stressing that she She is very attached to her mother and her relationship with her is so deep that she can't go anywhere without her.

Ezz El-Din obtained a Bachelor of Arts in Sociology Department from the University of Alexandria, and began her artistic career with the star Mohamed Fouad, where he chose her to be the heroine of his movie “Love Journey.” Then the star Yousra participated in the series “Where is My Heart”, after which her distinguished artworks continued to become one of the most famous and brightest Celebrities in the Middle East.