The lava surpasses the municipality of Todoque and is 1.6 kilometers from the coast

The last lava flow from the La Palma volcanic eruption has passed the Todoque neighborhood, in the Llanos de Aridane, and is located 1,600 meters from the coast. 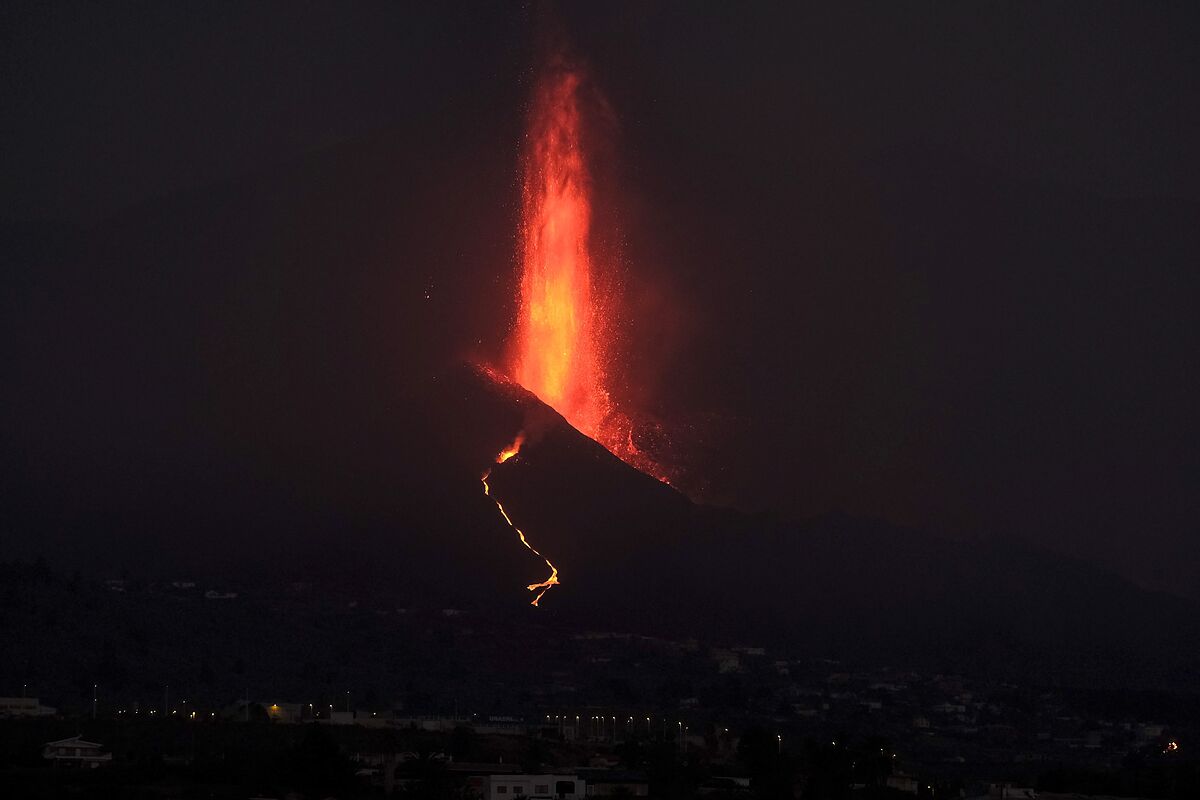 , in the Llanos de Aridane, and is located 1,600 meters from the coast.

The technical director of the Special Plan for Civil Protection and Emergency Assistance for Volcanic Risk of the Canary Islands (PEVOLCA),

reports that around 7:00 p.m., the lava flow has exceeded Todoque, evacuated a few days ago, and It has crossed the LP-213 highway at the height of the town.

of the center of this population center.

Morcuende explains that the front of the wash was at about 8:15 p.m.

at about 1,600 meters in a straight line from the coast,

in a northeast direction, bordering the Todoque mountain, but points out that the trajectory of the lava will be adapted to the characteristics of the land.

has not generated new evictions

given that the direction of the wash remains within the established exclusion zone, and all the inhabitants had been evicted previously.

However, and taking into account the possibility of arrival of lava to the sea in the next few hours in the coastal area of ​​the municipality of Tazacorte and in prevention of

to people's health, the Government of the Canary Islands has ordered the

from the areas of San Borondón, Marina Alya, Marina Baja and La Condesa in application of the Special Plan for Civil Protection and Attention to Emergencies due to Volcanic Risk. The measure has been launched from 11:30 p.m. this Sunday. It is not yet known how long it will need to be active.

its average speed is about 100 meters per hour

because it is hotter because it emanates from a greater depth of the volcano -about 10 kilometers-, which makes increase your fluency.

In this regard, he details that the front of the tongue is being

that, although the front of the wash is cooling, its interior is still very hot, around 1,200 degrees, which makes it more fluid.

The average height of the pouring is located, in front of it, between about four and six meters, and the maximum width of the tongue is about 600 meters, he points out.

moments of greater explosiveness can continue to occur,

which can be felt within a radius of about 5 kilometers from the emitting center and generate glass breakage, so he reminds that precautions are taken.

fall of ash in other areas of the island, he

explains that this circumstance will depend on the direction of the wind, and remember that although it does not affect health, it is important, to avoid respiratory and eye problems, its correct handling : wear FFP2 masks, goggles, gloves and long-sleeved clothing.

The direction of the Canary Islands Volcanic Risk Prevention Plan, Pevolca, has ordered the confinement of several population centers in the municipality of Tazacorte due to the possibility that the lava from the volcanic eruption of La Palma reaches the sea in the next few hours.

In anticipation of possible emissions of harmful gases, the confinement of

The Pevolca indicates that the population should follow the indications and remain in their homes with doors and windows closed until the situation is evaluated tomorrow.

It also advises staying informed through official channels and the media.

The lava flow has already exceeded the Todoque neighborhood and is located 1.6 kilometers from the coast, according to the latest forecast made by Pevolca.