Volcano on La Palma, the eruption live | The eruption is one week old and leaves almost 6,000 evacuees and some 400 buildings damaged

The volcanic eruption that began on September 19 in the Cumbre Vieja area, on the island of La Palma, will complete an active week this Sunday, desiring for the moment ... 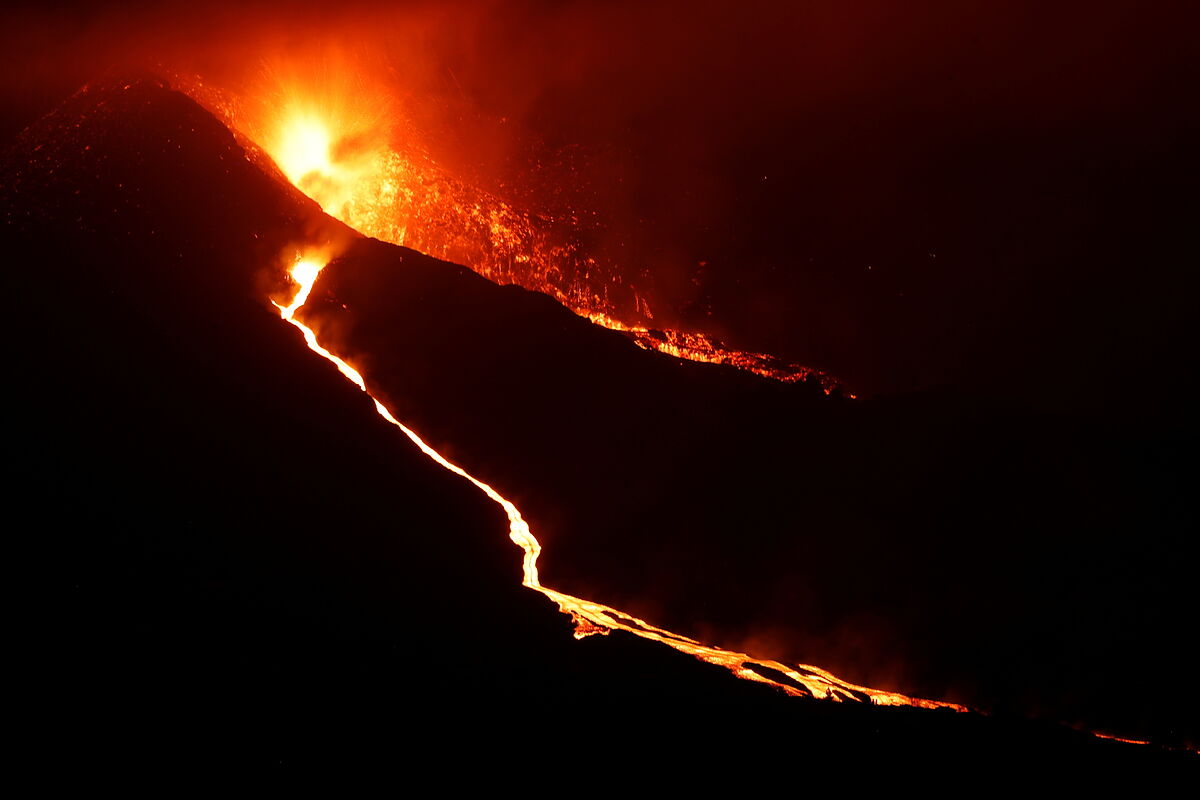 The volcanic eruption that began

, on the island of

, will complete an active week this Sunday, with almost 6,000 residents evacuated and some 400 buildings and infrastructure damaged or lost.

In this sense, according to the Government of the Canary Islands, the administrations have launched the necessary initiatives to face the housing emergency of families who have lost their homes.

It is estimated that there could be around

within the perimeter of the flows - this figure includes homes, tool rooms, swimming pools or reservoirs, as well as other facilities yet to be defined.

For their part, the teams involved in the operation amount to almost 800 security and emergency personnel from different institutions of the Town Halls, Island Councils, the Government of the Canary Islands and the Government of Spain, in addition to volunteering.

a perimeter of exclusion by sea

, from the south by Punta del Pozo (Puerto Naos), to the north by Las Viñas beach (Tazacorte), and parallel to the coast, two nautical miles from the littoral, established by the Maritime Captaincy.

In addition, Enaire has established

in the municipalities of El Paso and Los Llanos de Aridane, temporarily until the end of the emergency, in the area of ​​the sea and land below 3,000 feet, to which only State security forces and bodies, emergency services, State aircraft and those duly authorized may enter, which does not affect commercial aviation, which does not fly over these two restricted areas.

9.45 Lorena's life after the volcano: "Everything I have, all my possessions, fit in this suitcase"

The house he built for 30 years has been buried by lava, just like those of his family and friends.

Now everything you have fits in a black bag.

Read the complete information on Gonzalo Suárez, with photos by Alberto di Lolli, in EL MUNDO.

7.35 The eruption of La Palma marks a week this Sunday, leaving almost 6,000 evacuees and some 400 buildings damaged

Last Sunday, September 19, just a week ago, the volcanic eruption began on

And, since then, it is estimated that the lava has forced some 6,000 residents to evacuate and has totally or partially damaged

some 400 buildings and infrastructure.

This figure includes homes, tool rooms, swimming pools or reservoirs, as well as other facilities yet to be defined.

Stories You live in a crater and you don't know it: the sleeping volcanoes of Spain

StoriesLorraine's life after the volcano: "Everything I have, all my possessions, fit in this suitcase"