The Emirati winner of the title of Best Supervisor in the Reading Challenge: She achieved the dream

The Emirati Moza Al-Ghanna was able to win the title of "Best Supervisor" in the Arab Reading Challenge in its fifth edition, which concluded recently, after a long diligence in the largest knowledge initiative of its kind in the Arab world. 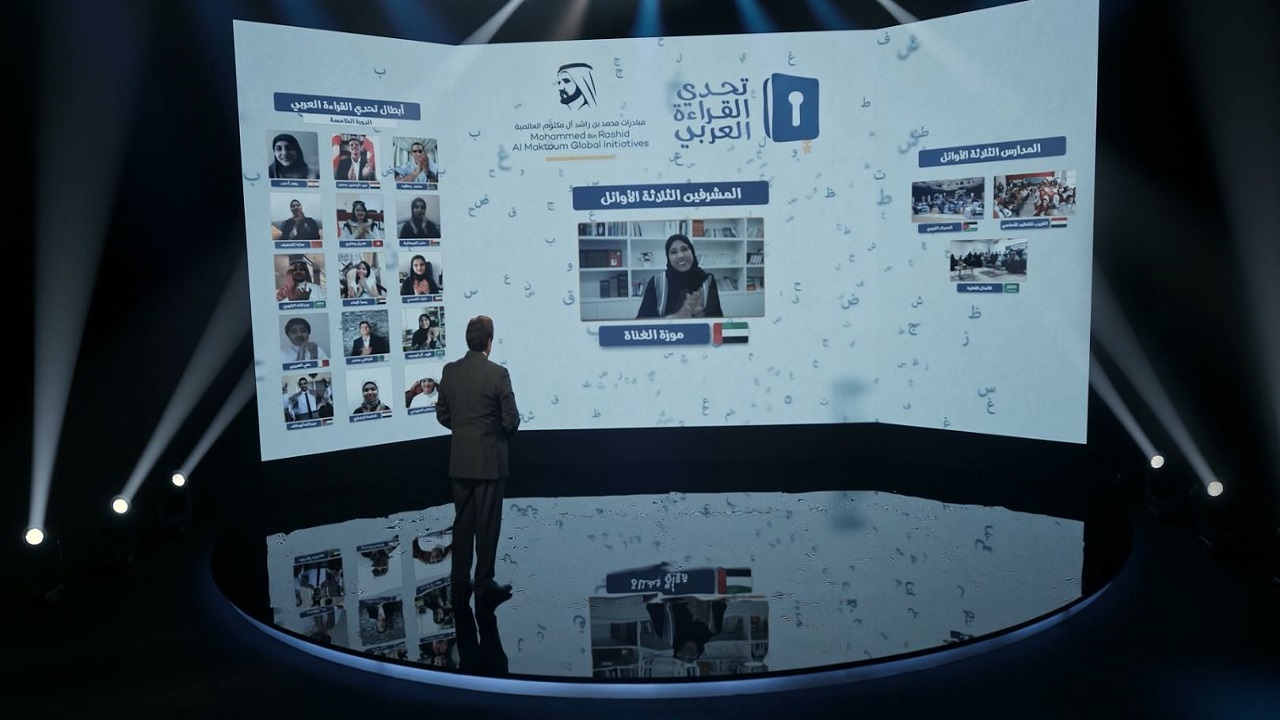 The Emirati winner of the title of Best Supervisor in the Reading Challenge: She achieved the dream

The Emirati Moza Al-Ghana managed to win the title of "Best Supervisor" in the Arab Reading Challenge in its fifth edition, which concluded recently, after a long perseverance in the largest knowledge initiative of its kind in the Arab world.

Moza - who is a domain manager in the Education Foundation in the first branch, manages 16 schools, and supervised 108 schools between the emirates of Ras Al Khaimah and Umm Al Quwain and some schools in Sharjah during the Arab Reading Challenge - considered winning the award as a dedication to the effort she made in the Arab Reading Challenge, as she worked hard for years In order to achieve the title, she explained that she feels that she has achieved the dream of many in the UAE by winning, and was able to raise her country's name among the Arab countries, during the fifth session, which attracted more than 21 million students from 52 countries, 120,000 supervisors and 96,000 schools.

In her dialogue with Emirates Today, Moza described the experience of participating in the “challenge” as enjoyable, as she works with students, teachers and schools to achieve the best levels in the Arab reading challenge, noting that during the past year she worked to help one of the schools to achieve the second level at the level Al-Watan Al-Arabi, which is Al-Rams School for Basic Education, and it has cooperated with many schools to make it do better through “The Challenge”.

The first goal of the Emirati supervisor, according to her confirmation, is to contribute to the dissemination of reading among the largest number of students, noting that by examining the number of participants, it was noted that female students are more oriented to reading than male students, as the boys were in a state of fluctuation with reading and their numbers were not fixed, which made them work An effort to employ women leaders in male schools to raise the level of reading in them, as she put it.

Moza gave the singing people an advice to the new generation to arm themselves with reading, describing it as a key to every door: life, work, livelihood, and nation building, in addition to its importance for expanding perceptions and concepts.

She pointed out that the wish of every educator and teacher is to create a conscious generation armed with knowledge, indicating that her specialization in the Arabic language and her work as a supervisor and planner made her work hard to instill a passion for reading in the hearts of students for its countless benefits.