Eruption on La Palma: "If the lava reaches the sea, it will take two years for the schools of fish to recover"

Some animals were left without oxygen to breathe, others ended up covered in ash. The underwater eruption on the island of El Hierro in 2011 caused the massive death of ... 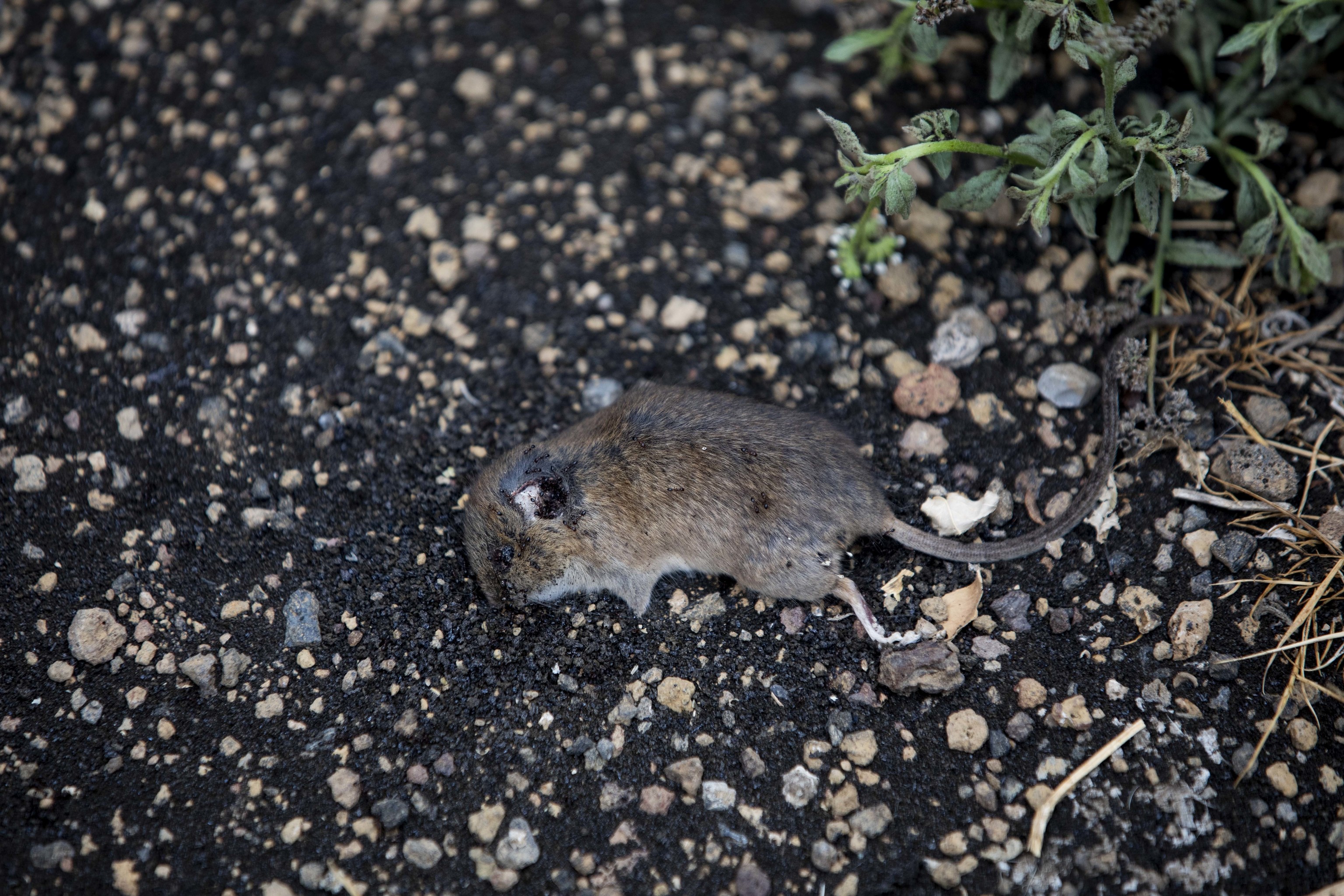 Some animals were left without oxygen to breathe, others ended up covered in ash.

The underwater eruption on the island of El Hierro in 2011 caused the massive death of the fish that were in the area and other organisms that could not or did not have time to flee.

Alberto Brito Hernández remembers it perfectly, who was on board the ship Ramón Margalef investigating the damage that a volcano quickly causes on marine fauna.

Now, 10 years later, another volcano on the neighboring island of La Palma has begun to roar and the magma tail continues to advance:

"I hope it does not reach the sea, that is my wish because the impact can be great,"

says this professor from the University of La Laguna, considered one of the world's leading specialists in marine biology.

As he explains in a telephone interview from Tenerife, "the El Hierro underwater volcano is different from the Cumbre Vieja because it is within the marine reserve but away from the coast. By emitting a large amount of CO2 and sulfur, it acidified the water and the PH dropped by The water became cloudy and many fish died, some large like swordfish, because it altered their physiology, something visible in their bleeding gills, "he explains.

Organisms with a calcium carbonate skeleton, such as mollusks, were severely affected by the underwater eruption of 2011: "In acidic waters, the larvae do not form a skeleton and die while the adults wear out," he says.

He also recalls the case of a black coral forest "that was covered by ash, which prevented it from feeding," he recalls.

"They did not die, first because there were not many and those who had fled. On La Palma there are more, especially bottlenose dolphins, but if the lava reaches the sea it will surely not create problems for them because they do not breathe through gills and they will probably flee".

If the lava reaches the sea, the water will be cloudy, with more acidity and higher temperature.

Organisms that may flee will leave the area.

Those who have little mobility or live on the rock will die.

Alberto Brito Hernández, marine biologist and professor at the University of La Laguna

The damage caused by the lava from the La Palma volcano if it reaches the sea, he explains, "will depend on the volume of magma that is going to enter, the width of the front and the time that lava is entering the sea, that will determine everything. ", assures this recently retired biologist.

The process that will take place, however, is well known:

. On whether it is toxic or there is no discussion among volcanologists because in the sea you have salts, basically sodium chloride with other components such as fluoride which, when evaporated, may be, but it is not clear, "he sums up.

"Where it is going to have an effect on is fishing because many resources will move away from the coast or they will die," said this marine biologist, who estimates in about two years the time necessary for a marine ecosystem to recover and return to normal.

"Too long for fishermen, who live from day to day. Hopefully it doesn't reach the sea," he says.

The estimates made by the scientists suggested that the lava would flow into the west of the island.

The biologist Beatriz Ayala, spokesperson for the WWF Canary Islands office, underlines the importance that the waters near the Fuencaliente Marine Strip have "both due to the ecological wealth of its funds and its importance for the palm tree artisanal fishing fleet, which could be seen affected if the lava reaches the sea. "

A dead rodent after the eruption ALBERTO DI LOLLI

However, from the biological point of view, the recovery of an ecosystem in a period of between one and two years is considered quite fast: "As for the volcano, everything is normalized. The currents of the sea bring spores, larvae and it rapidly produces a colonization process. After a year there is likely to be a lot of life. Furthermore, the eruptions provide nutrients that increase plankton and with it the fishing resources ", points out Alberto Brito.

The terrestrial ecosystems devastated by lava are another story: "Recolonization can take hundreds of years, so in Lanzarote there is no vegetation in the lava flows, only lichens and some insects. In addition, eruptions are an opportunity for invasive species that are opportunists, it can facilitate their entry and that is a problem, "he warns.

La Palma and El Hierro share many things, in addition to their small size and youth.

The waters that surround them are warmer than the eastern Canary Islands such as Lanzarote and Fuerteventura, and they

are the ones that have the most tropical nature of the archipelago,

explains Alberto Brito, who highlights the large number of unique species they have:

"On land, endemism is enormous, in plants and insects.

Not in the sea because currents tend to homogenize populations, that is, the same species is not very different genetically in the Canary Islands than in Portugal ".

The earthquakes before the eruption put many animals on guard, which have a kind of sixth sense to be safe, as if they perceive a sense of alarm

In an eruption, the vegetation is the one that suffers the most, although in our Canary Islands there are adapted species because they are volcanic islands

. The nature that is devastated seeks after a time spaces to recover. They are species that have an atavistic sense that leads them to rebuild ", reflects Tony Gallardo, director of the Fuerteventura Biosphere Reserve.

The impact on fauna varies according to the species and their ability to get to safety: "The earthquakes prior to the eruption put many animals on guard, who have a kind of sixth sense to be safe, as if they perceived a sense of alarm This is the case of birds, which can escape and usually do, like some terrestrial animals. Those who have the worst perspective are those who live in caves or closed spaces or do not have time to get away from danger, which is what It has happened with some reptiles, in the Canary Islands we have many, and they are probably the ones that have suffered the most, "says Gallardo, doctor and promoter of the program to reintroduce the loggerhead turtle in Fuerteventura.

35% of the territory of La Palma is protected, which gives an idea of ​​its wealth and the state of conservation of the place that has earned it the deserved title of

According to Beatriz Ayala, "the impact on biodiversity will depend on the amount of volcanic material that is emitted and the duration of the eruption. The area of ​​Cabeza de Vaca, where it began, is in the surroundings of the Cumbre Vieja natural park and stands out because It is home to spectacular Canarian pine forests, which year after year have been greatly affected by fires, and laurel forest. Numerous animals live associated with species that are in check by the volcano, there are endemic and threatened birds such as the laurel pigeon, the finches, hawks or rooks. Also reptiles such as lizards and perennials. "

"We are volcanic islands, and within the Canary Islands, La Palma is very special", sums up this biologist from the WWF marine program.

"35% of its territory is protected, which gives an idea of ​​its wealth and the state of conservation of the place that has earned it the deserved title of

La PalmaWhy hasn't the lava fallen into the sea?

"The six previous eruptions all came"