"Wuhai" fixed-file director: Huang Xuan asked the other party to really beat him during filming

China News Service, September 26. Young director Zhou Ziyang’s new work "Wuhai" will be officially announced today in theaters nationwide on October 29. The film will be starring Huang Xuan and Yang Zishan, with Tu Men and Wang Shaohua starring in particular, Huang Wen , Wang Yu, and Wang Chaobei starring, telling the story of the emotional storm and the great changes in reality experienced by a 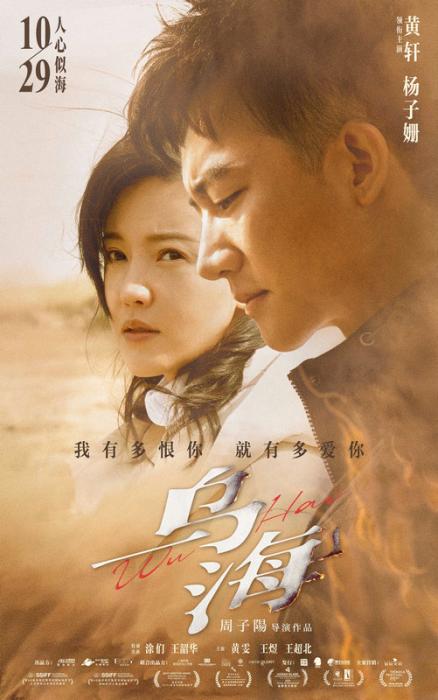 China News Service, September 26. Young director Zhou Ziyang’s new work "Wuhai" will be officially announced today in theaters nationwide on October 29. The film will be starring Huang Xuan and Yang Zishan, with Tu Men and Wang Shaohua starring in particular, Huang Wen , Wang Yu, and Wang Chaobei starring, telling the story of the emotional storm and the great changes in reality experienced by a young couple in just a few days.

The movie "Wuhai" focuses on the Xiaocheng couple, Yang Hua (Huang Xuan) and Miao Wei (Yang Zishan). The two have also kissed each other and cuddled together, but with the failure of entrepreneurship, family conflicts, debt crisis, etc. The concentration of many problems erupted, but the two who fell in love gradually moved away.

"Wuhai" is a realistic film with a compact plot. Although Huang Xuan and Yang Zishan have collaborated for the first time, they have portrayed the couple's struggle between love and hate into a three-pointer.

The film continues the artistic tone of director Zhou Ziyang's first feature film "The Old Beast", and is more magical, sharp, vigorous and extreme in narrative techniques and visual colors.

Talking about the actor's performance details, director Zhou Ziyang said frankly: "Huang Xuan is very ruthless to himself." During the filming process, Huang Xuan started from the role and improvised the show's brilliant moments.

When life fell apart quickly, Yang Hua fell into emotional breakdown and screamed in anger. Huang Xuan released the emotions of the character and slapped himself several times. This close-up shot in the car also became the "famous scene" of "Wuhai".

In another important episode, Yang Hua breaks with his best brother Luo Yu (Wang Shaohua). In order to pursue the most realistic physical reaction, sense of consternation, and pain, Huang Xuan directly asks the other party to fight without hesitation.

"This is the actor's dedication and dedication to the role. It must be given out, and the character will live if given out." Zhou Ziyang praised.

It is worth mentioning that at the beginning of the movie "Wuhai", Huang Xuan almost passed "Yang Hua".

At that time, after reading the script, Huang Xuan thought that this role was tragic, and that he would feel uncomfortable during the acting process, so he didn't particularly want to act.

However, in a deep heart-to-heart conversation with director Zhou Ziyang, the director told him about his past experience, the tragic life and his views on the real world. In the end, Huang Xuan was directed by the director's truthfulness, sincerity, and the deep level of Yang Hua's role. Express what moved and decided to act.

In "Wuhai", the performance of the heroine Yang Zishan is equally wonderful.

Miao Wei, who she plays, is a professional yoga instructor.

In order to play this role well, Yang Zishan, who is a "zero foundation" in yoga, started to learn yoga before joining the group, and it is a very difficult aerial anti-gravity yoga.

On the first day of booting, Yang Zishan quickly entered the state. Under the cold wind of late autumn, she completed aerial yoga shooting outdoors on a branch nearly three meters high. In addition, she also completed multiple sets of difficult moves on the studio of the yoga studio.

Due to the need to repeatedly shoot the flip, stop, and swing shots of various scenes, after half a day, Yang Zishan almost developed dizziness and retching symptoms, which can be seen in the degree of professionalism.

In response, Yang Zishan said with a smile: "After filming "Wuhai", I may never touch yoga again in my life."