Film festivals have changed. Or they start to. In July, the second Palme d'Or was awarded to a woman, Julia Ducournau, in the 74 editions accumulated by the Festival of ... 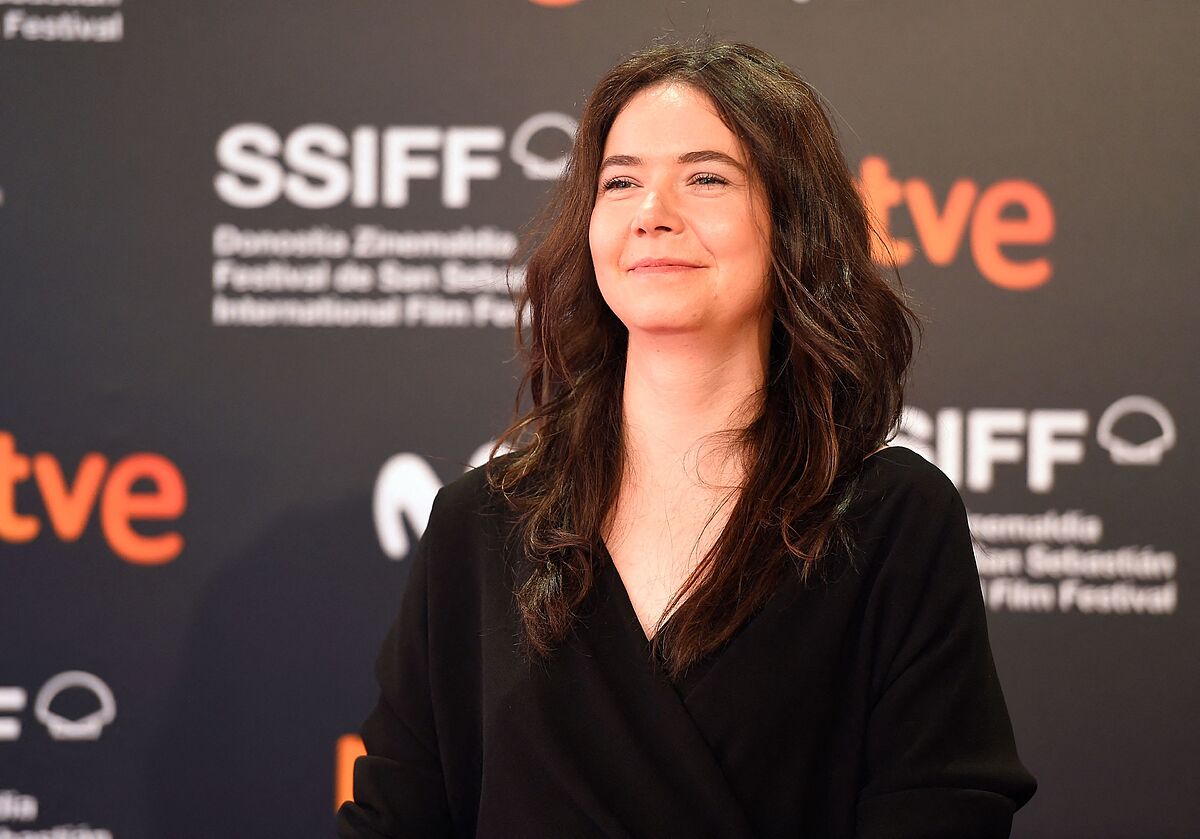 Film festivals have changed. Or they start to. In July, the second Palme d'Or was awarded to a woman,

in the 74 editions that the Cannes Festival has accumulated. A couple of months later, it was Venice that gave its top prize to

, the sixth to obtain such recognition out of a total of 78 calls. Well, yesterday San Sebastián did the same and for the second consecutive year after the success last year of

left the Golden Shell in the hands of the debutant

. And so she became the

Hurtful and even embarrassing numbers aside, the truth is that the decision of a jury chaired precisely by the Georgian Kulumbegashvili deserves at least

the privilege of both coherence and clarity.

Radicality even. The new

is a film built from discomfort, from denunciation and from the certainty that cinema is also a tool for shock.

The film tells the equinoctial adventure of a condemned woman. Actress

bent on fleeing her town to the capital, Bucharest. His family objects. And condemns it. On this budget, the director composes a very shady recital about the degradation to which all monsters are summoned: from rape to mistreatment to something similar to incest.

The idea is to turn the surface of the screen into the closest thing to a nightmare.

In that or in a natural disaster in which, definitely, we all fit. It is not so much a psychological portrait as an apocalyptic journey into the depths of fury. And it is there, in rage, where the jury has wanted to condense a good part of the best that has been seen in a Festival that seems to be situated at a point of no return. Like everyone, probably.

The rest of the track record follows the opinion of the somewhat surprising (but not unfair) jackpot. The Jury Prize was undoubtedly the greatest moviegoer gift of this edition.

continues the exploration work of his previous works. It is a cinema that seeks its own language through enigma, suggestion and doubt. About a Brian Catling novel about a girl with ice teeth, the director composes

an abstract fairy tale, sleepwalking and at the same time sensory,

where the geometry of eternal forms mixes with the salty taste of blood. A miracle.

The designated director was the Danish

and little or nothing to reproach. The film with a

(due to its negative reading of the classic

) wants to be a reconstruction of a period (we are in the 19th century) of a timeless question: the odyssey of a woman who sees how in a single day her life vanishes by the rigor of the unappealable. The death of her mother in the birth of a new brother, suddenly leaves her in front of the house and, this is what counts, without any of her imagined futures.

The acting awards, which for the first time were not for actor and actress separately but for protagonist and cast, also had, like everything else,

a marked accent for change or, as it were, anti-heteropatriarchy.

The young protagonist of

for their brutal and inordinate effort in

The Eyes of Tammy Faye,

by Michel Showalter, got their just reward.

For the end there were the mentions to the cast interpreter and the script.

And in their own way, they gained the relevance that perhaps on other occasions they do not have.

The complete cast of the perfect cartography of

all adolescents of all ages

was an enlightened award.

, for his delicate and ironic writing of

, got the rare honor of being the only man on a track record that would be unfair to read as mere feminist activism.

It's clarity and, hopefully, promise.

No one ever disputed the decisions of juries made up of men who ended up giving prizes to men.

for Flora Ofelia Hofmann Lindahla for

, by Tea Lindeburg, and Jessica Chastain for

The Eyes of Tammy Faye,

San Sebastian FestivalJessica Chastain: "Everything is based on making women desirable ... enough of commodifying women"

Venice Film FestivalJane Campion delivers a huge apology and refutation of the western: 'The power of the dog'