Volcano on La Palma, the eruption live | The residents of the affected areas will not be able to access their houses to collect belongings for the moment after the last explosive episodes

During these last days, the residents of La Palma who have been affected by the eruption of the volcano in municipalities such as Todoque could access their homes for about ... 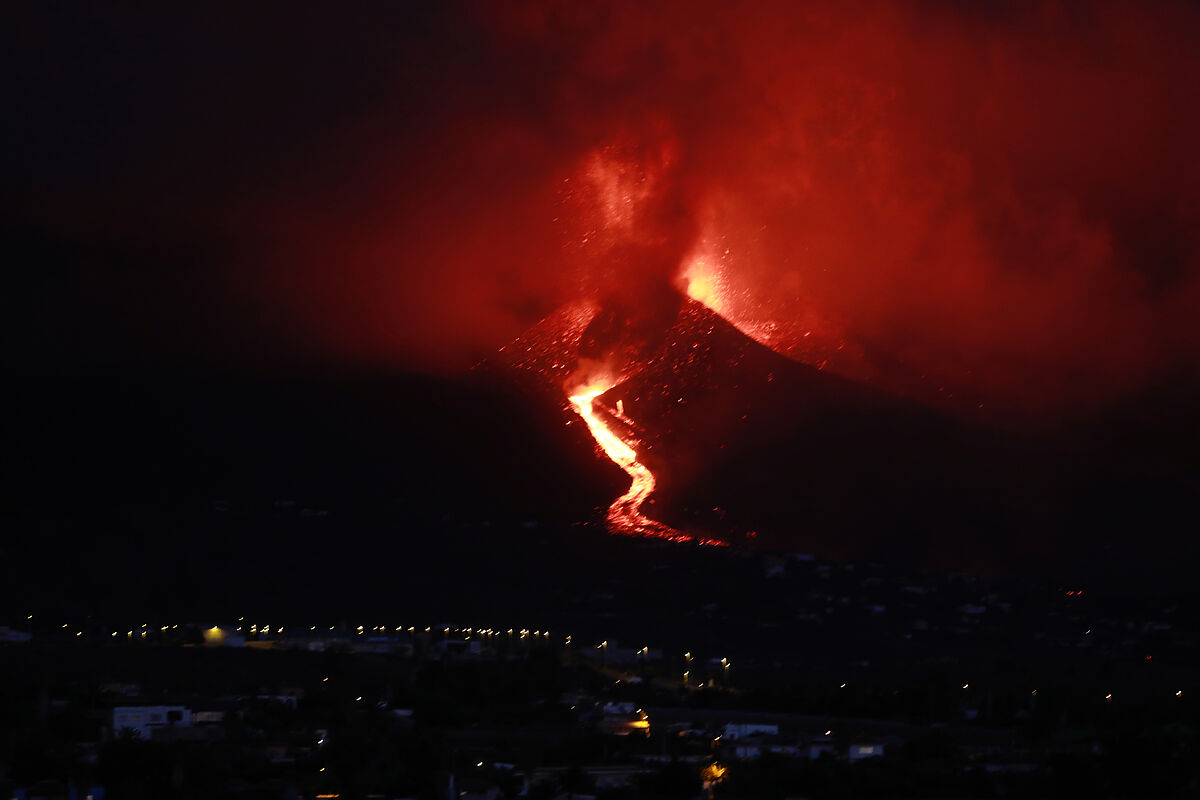 In recent days, the residents of

could access their homes for a few minutes to collect their personal belongings, but the Cabildo de La Palma has announced that, for now, Due to the volcanic emergency, this Saturday the residents of the island will not be able to access the "affected areas" to collect their belongings until the Scientific Committee considers it.

They make this decision after in the last hours the volcano has presented two new mouths and has increased its explosiveness, forcing new evacuations to be dictated.

informs that it has resumed its flight schedule with the island of La Gomera and with the Tenerife North and South airports, given the

due to the recent behavior of the ash cloud.

At the moment it is planned to operate all routes except for flights to / from La Palma.

, pending the meteorological evolution derived from the volcano's ashes.

The company has proceeded to reactivate the operations of these airports, once the conditions for safe flights are met.

8.34 The Cabildo announces that residents will not be able to access the affected areas to collect their belongings this Saturday until the situation is assessed by the Scientific Committee

has announced through its Twitter account that, due to the volcanic emergency, this Saturday the island's residents will not be able to access the affected areas to collect their belongings until the Scientific Committee has assessed the situation.

They take this decision after in the last hours the volcano has presented two new weddings and has increased its explosiveness, which forced this Friday to carry out new evacuations on the island.

8.28 A day with José Andrés distributing 'old clothes' to the victims of the volcano

José Andrés' agenda for these days included a meeting with Jeff Bezos, the billionaire founder of Amazon, and a round of golf in the version for 'celebrities' of the Ryder Cup. However, this Friday at noon his plan was very different : I was in the municipality of El Paso,

, distributing packages of 'old clothes', a succulent Canarian dish, among those evicted by the volcano.

"I immediately sent my organization on Sunday and I have come to check that everything is going well," says the Asturian chef as he crosses the island at full speed in a van from World Central Kitchen (WCK), his disaster relief NGO.

Read the complete information on Gonzalo Suárez, with photographs by Alberto di Lolli, in EL MUNDO.

presents two new eruptive outlets from which lava flows and greater explosiveness, which forced this Friday to evacuate residents who still remained in three of the most threatened areas.

And it is that the explosiveness of the eruption of the Cumbre Vieja volcano, which began last Sunday, has intensified and is perceived in most of La Palma, to which is added an increase in the expulsion of pyroclastic material.

La PalmaThe anguish of Father Alberto to save his church from the volcano: "We only have to pray"