Outlandish cars from 'Mad Max: Fury Road' up for auction in Australia

An auction ending Sunday in Australia puts up for sale 13 outrageous vehicles from the blockbuster Mad Max: Fury Road, a 2015 film set in ... 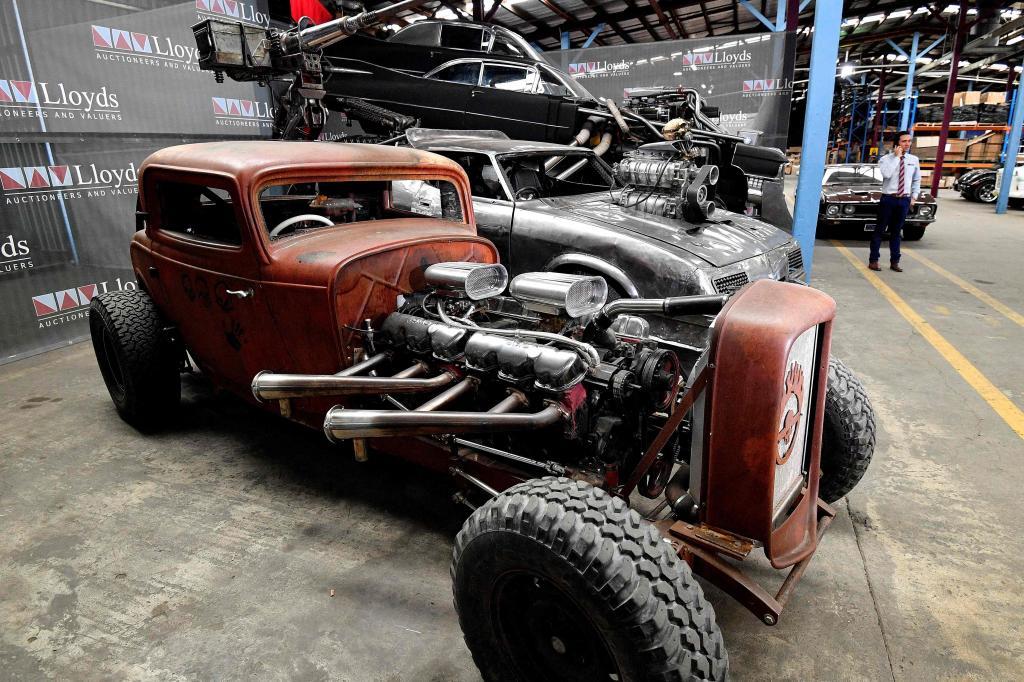 An auction ending Sunday in Australia puts up for sale

a 2015 film set in a post-apocalyptic desert.

"The first time I saw them, I'm pretty sure I heard one of the cars say 'I need to be driven mad,'" Geoff McKew, an auto expert at Lloyds Auctions, told AFP.

The gigantic War Rig, a huge tank truck piloted by the character of

or the Razor Cola, the reinvented Ford Falcon XB coupe GT that faced Max Rockatansky, are among the objects to be auctioned from

the fourth installment of the series of the film

"They shouldn't rest in a warehouse," but "get the respect they deserve," McKew explained.

The sale has been all the rage, especially in Las Vegas casinos and the Burning Man festival in the United States.

Another of the vehicles that appeared in the movie.

Although the auction house has no intention of letting them "go cheap," McKew is hesitant to say a number of how much they could be sold for.

will only sell all 13 vehicles together,

in an effort to preserve some of the film's history.

Although neither of the cars will be allowed to circulate on the street, it would be unlikely, McKew said, that the police would stop a "beast" like the "Gigahorse" of two Cadillac Coupe DeVille of 1959.

"When I first saw him, I wondered if he was having a heart attack," says McKew.

The film's success bolstered the cult of

whose protagonist was first played by Mel Gibson in 1979.