The Fuego Volcano erupts in Guatemala

The Fuego volcano, one of the three active volcanoes in Guatemala, began a strong eruptive phase this Thursday with explosions, expulsion of ash and avalanches of material ... 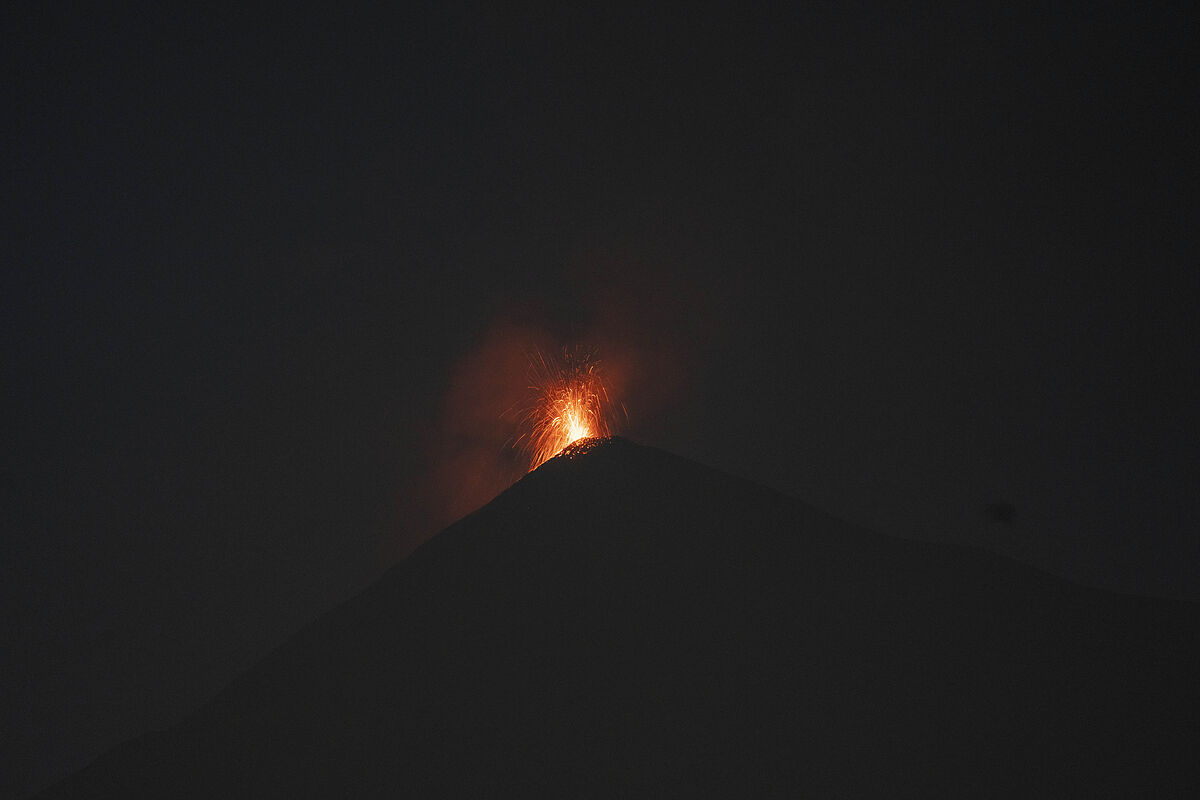 The Fuego volcano, one of the three active volcanoes in Guatemala, began a strong eruptive phase this Thursday with explosions, expulsion of ash and avalanches of incandescent material, although without causing evacuations for the moment, authorities announced.

"The activity that is being registered at the moment corresponds to the beginning of an eruption of a strombolian nature [a mixture of explosions and lava flows] or mostly effusive," Emilio Barillas, spokesman for the state Institute of Volcanology (Insivumeh), told reporters.

The eruption caused the descent of fiery volcanic material (pyroclastic flow), the main one six kilometers long, down a ravine on the southwest flank that reached the base of the volcano, added the official.

and located 35 km southwest of Guatemala City, stands between the provinces of Escuintla, Sacatepéquez and Chimaltenango and is one of the three active colossi in Guatemala along with Pacaya (south) and Santiaguito (West).

Barillas explained that the new eruptive phase is the strongest recorded since June 3, 2018, when a powerful eruption caused an avalanche that devastated the San Miguel Los Lotes community and part of a highway in the neighboring town of Alotenango, leaving 215 dead. and a similar number of disappeared.

Vigilance in the event of a possible evacuation

The National Coordinator for Disaster Reduction (Conred), the entity in charge of civil protection, pointed out that they have reported ash rain in the Panimaché I and II, Morelia, El Porvenir, Santa Sofía and Sangre de Cristo communities in the municipality of San Pedro Yepocapa, Chimaltenango, as well as in the urban area of ​​the town located on the western slopes of the volcano.

"At the moment no evacuation processes have been implemented, however, the territorial authorities maintain [surveillance] actions in the surrounding areas," said David de León, spokesperson for Conred.

The mayor of the city of Escuintla, Abraham Rivera, asked the residents of the areas near the volcano to avoid approaching the natural ravines through which the pyroclastic flows descend and warned of the risk that the rains complicate the situation due to the possibility of a decrease in lahars (mud) that could cut off several villages.

On September 11, the National Institute of Forensic Sciences of Guatemala (Inacif) handed over to their families the remains of 14 people who died buried during the eruption of Fuego in 2018.

Inacif has yet to identify 137 human bone fragments recovered in that tragedy, but authorities said the process is difficult because the heat destroyed vital genetic material.

Autumnal Equinox When does autumn start 2021

Science "In volcanoes, people want to cuddle up without knowing that the gases are lethal"