The ash cloud of the volcano forces to suspend the flights to La Palma of CanaryFly, Iberia and Binter

The Binter airline has temporarily canceled flights from or to La Palma airport due to the evolution of the ash cloud from the volcano that entered ... 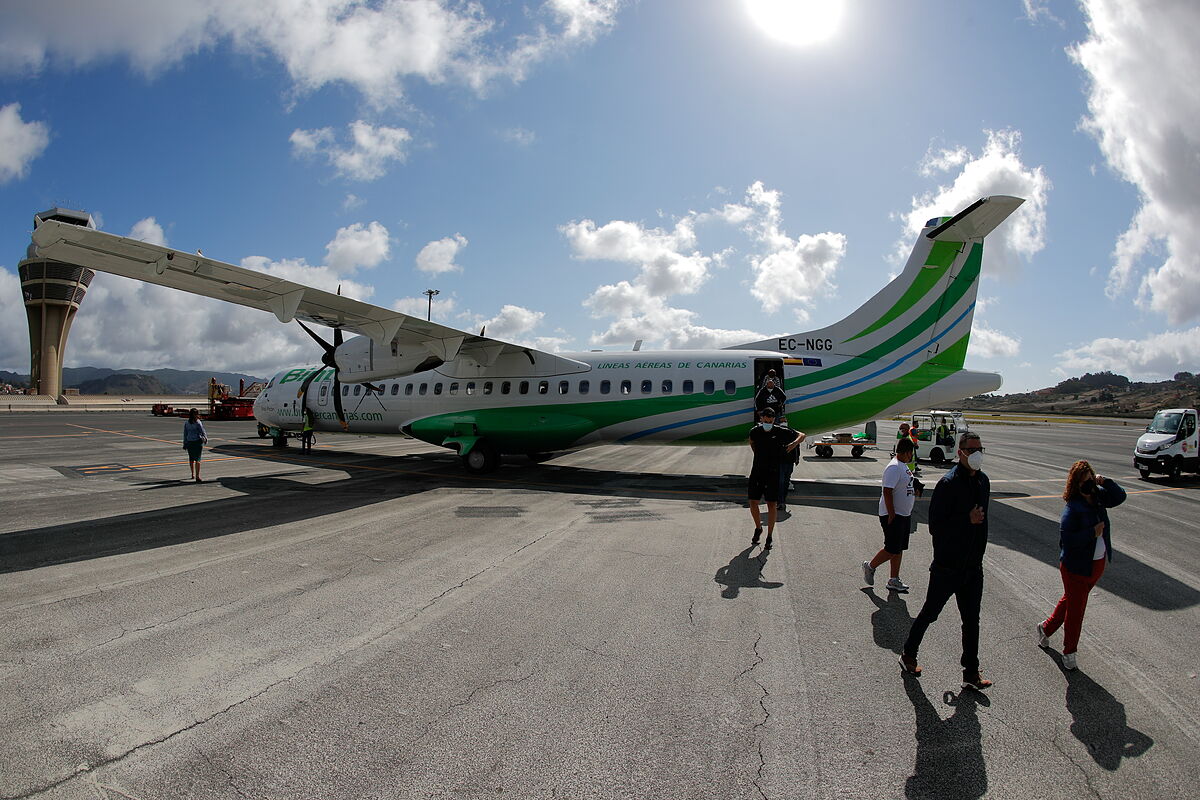 from or to La Palma airport due to the evolution of the ash cloud from the volcano that erupted last Sunday.

The company informs in a statement that it has been forced to make this decision due to force majeure, since in the last hours

the situation of suspended ash "has worsened considerably

The stoppage of operations will continue until conditions improve and allow flying, guaranteeing safety.

the rest of the flight schedule in the Canary archipelago continues to develop normally,

although La Gomera airport "is also in danger of delays or cancellations."

Aena points out through social networks that

, like those of the rest of the archipelago, while sources from Enaire, the air navigation manager, consulted by Efe indicate that there have been no indications to the airlines and that

the airspace is still open

At this time, Binter points out,

it is not possible to make a forecast of when flights

will be able to resume

The airline remains pending the evolution of the situation in contact with the aeronautical authorities, waiting to have confirmation that all the security conditions are met to resume normal operations.

Iberia and CanaryFly cancel their flights this afternoon

between Madrid and the island of La Palma

, as well as the return flight from the archipelago as a result of the evolution of the ash cloud.

This was explained to Servimedia by an airline spokesman, who indicated that this decision responds to the fact that

In fact, the Iberia spokesperson indicated that the company did operate the roundtrip flights scheduled for this morning, in the same way as the rest of the operations since the eruption of the Cumbre Vieja volcano last Sunday.

Regarding the operations planned for the next few days, he explained that

of the ash cloud in the next few days.

In addition, the inter-island flight company

also decided to cancel its operations scheduled for this afternoon at La Palma airport, an Aena spokesperson in the Canary Islands informed Servimedia.

ScienceThe questions of the volcano: What is going to happen now on La Palma?

Is this eruption going to make Teide active?

Cumbre Vieja Who will pay for houses buried by lava?

Iberia, Binter and Canaryfly cancel their flights to La Palma due to the ash cloud