Jonas Åkerlund has won several awards at MTV's Music Awards over the years. Still, he is critical of how some of his videos have been censored. - After my video for Smack My Bitch Up, they had their eyes on me, he says in SVT's Save Tonight - Swedish hits from the video. 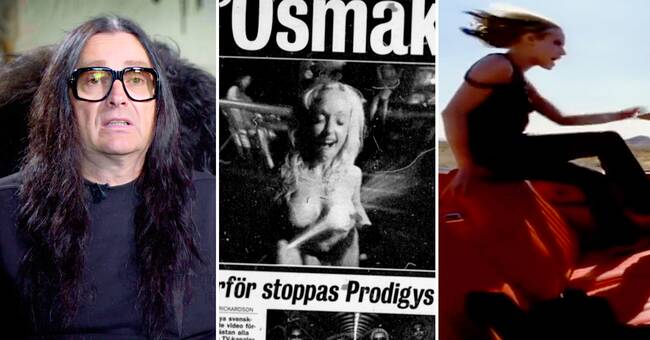 MTV, Music Television, turns 40 and SVT pays tribute to the music video with a concert program with live music, interviews and features.

Jonas Åkerlund has directed videos for many of the music world's greats such as Beyoncé, Metallica and Madonna.

Several of his videos were considered provocative and violent and were censored by MTV, something that Jonas Åkerlund has criticized several times.

- Jonas brings sex, violence and drugs to a TV channel that must relate to different broadcasting rules in different parts of the world.

You also have to understand MTV, that they can not just send a video anyway to a living room in the south of Portugal where there are three five-year-olds playing, says music critic Per Sinding-Larsen, who at the same time believes that it was not only negative to be censored .

- No, it was probably the best advertisement that could be obtained because the headlines became many and large.

"Some interpret it as effect seeking"

Per Sinding-Larsen believes that Jonas Åkerlund was involved in driving the development of the music video through his constantly challenging style.

- He is so clear with his expression that when he throws needles, condoms and sex toys in my face, I understand that it is part of his art.

Some may probably interpret it as effect-seeking, but I think it is clear that he wants to show a world that is as hysterical and almost crazy as it appears in his videos.

Watch the entire Save Tonight - Swedish hits from the video, with live music and interviews, Saturday 25 September, at 20.00 on SVT 1 or on SVT Play.