Gioachino Rossini did not need a complex literary subject to apply the abstract richness of his music to it. In this case, the outline of a situation was enough ... 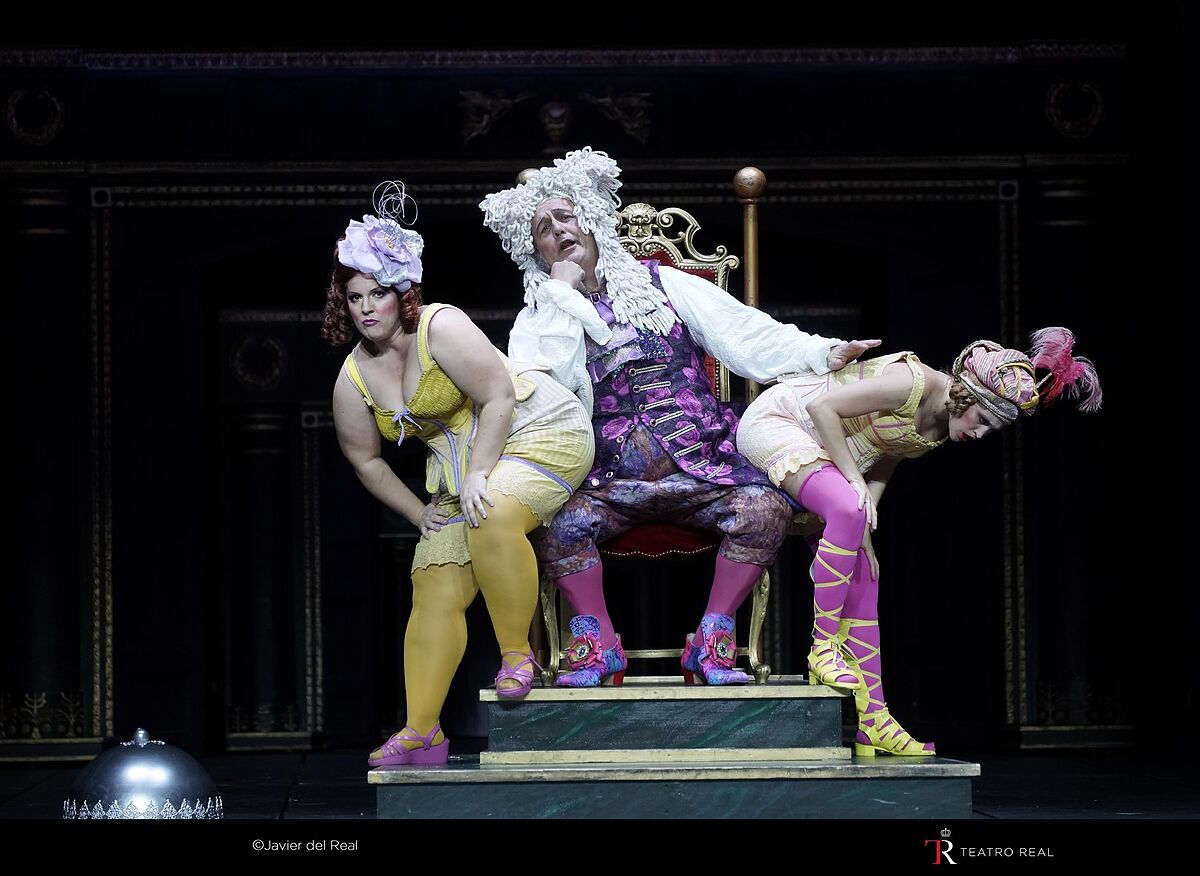 did not need a complex literary subject to apply the abstract richness of his music to it. In this case, the scheme of an identical situation was enough, developed through a rich range of variants on it, according to the predicted and foreseeable logic of a group of figures that do not simulate their status as characters, because everyone distinguishes the innocent downtrodden of the voracious selfish, in the same way that the prince of the tale has enough to behave like a generous hero who is not easy to fool.

The only somewhat more individualized figure is the one represented by

here a ruined nobleman and a thief of his stepdaughter's dowry, supported by the couple of his daughters, they themselves, the topical and corny harpies to whom He entrusts them with the humor that springs from persistence in ridicule and stupidity.

Musically, the opera displays all the virtues of the author, from melodic facundity to the contrasted exquisiteness of detail, in an inventive torrent whose brilliance can be confused with joy, provided that we do not forget that we are in an exercise in pure abstraction, whose metaphysical character hides behind different masks, like the chafarrinón when drawing the puppets or the winks that are given to the spectator who does not have to occupy himself but rather to enjoy what he hears without exercising his curiosity about what he sees.

The work is long and, also, repetitive, with some pieces that would deserve the visit of the scissors of a dramaturgy that would save us, for example, the leaden scene in the palace cellar, where a thug choir celebrates the ethyl revelry of the hero.

The stage director is offered to go to the classic tale, although the librettist and composer have done their best to dilute and distort it, fleeing in terror from the magic of the fairy godmother or the suspense of who owns the foot that slipped away barefoot.

refuses to give up the tale and imagines a modern-day Cinderella cleaner who reads the story. An idea that soon turns into a cumbersome and capricious accumulation of images.

The interpreters do not have the springs of the psychological portrait, but there is room to underline the buff or move away from the sentimental resource.

(the prince) is a discreet tenor, and

(Cinderella), a delicate artist with a beautiful voice, makes little use of her shy and coy protagonist, perking up at the end.

vulgarizes the waiter servant disguised as a prince, and

the philosopher, plays the fairy godmother with panache.

is the best of the evening.

It may be delayed at some point, but it gets from the always ductile orchestra a sound and an unmistakable Rossinian verve.

This is how the public understood him, rewarding him in the first place.

They also liked the singers and, with certain doubts, the montage was also accepted.

Twenty years later, a title as problematic as it is enjoyable returns.

MusicMarina Abramovic interprets the myth and death of Maria Callas