It has been 16 years since Núria Aidelman, filmmaker and enthusiast of enthusiasm, decided together with other incurable cinema patients to transcribe the inspirations and ... 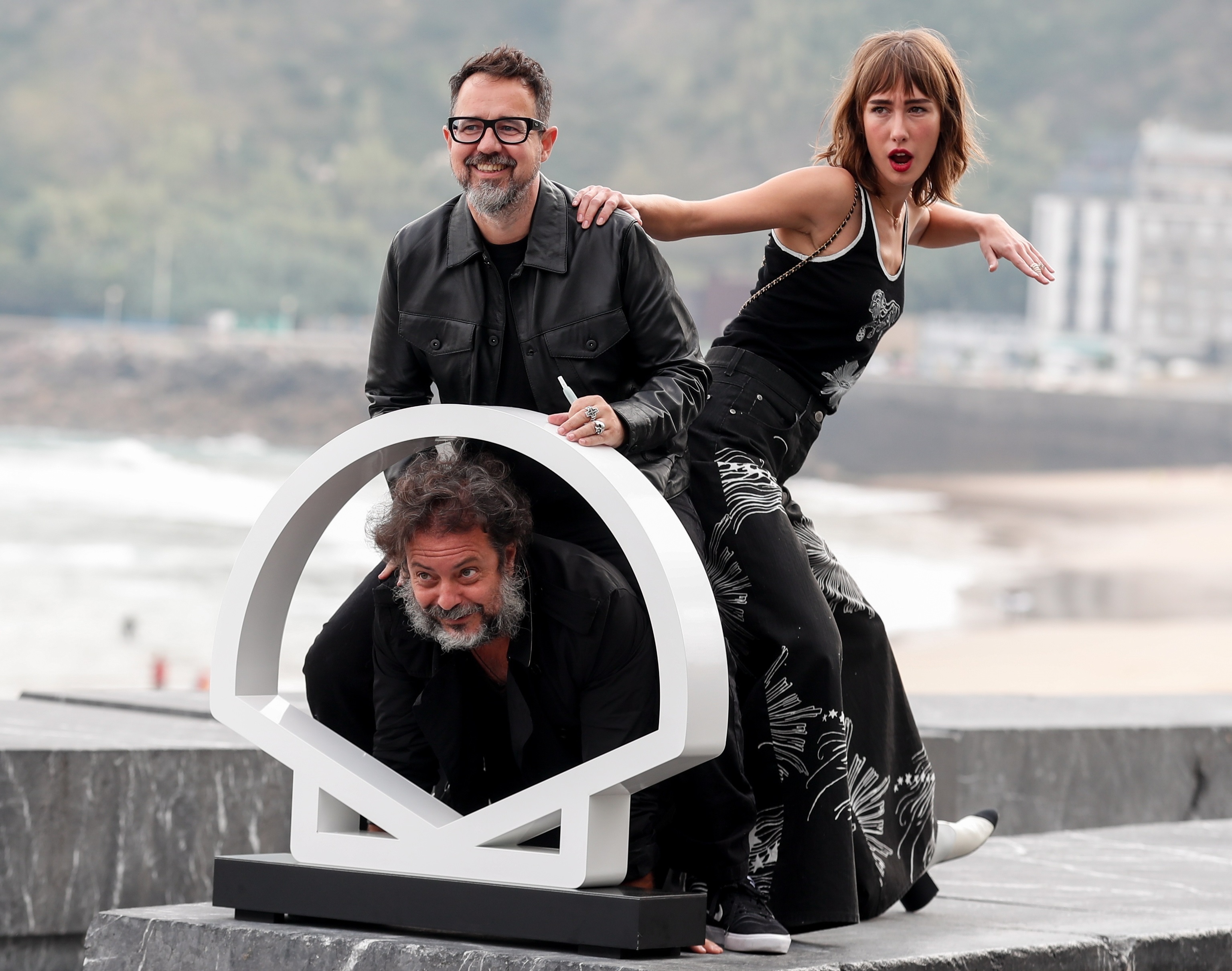 It has been 16 years since

, filmmaker and enthusiast of enthusiasm, decided together with other incurable cinema patients to transcribe to the ways of here the inspirations and ideas that the French critic and

left written in the book '

In short, the idea was to create "a link between watching and making movies" in the younger gaze. The program, that's what it is, has been writing and mapping Spanish adolescence since then and almost silently thanks to the involvement of a total of

. Film students and professionals learn, both, to see that not only to shoot.

this incomprehensibly hidden secular miracle is called. Jonás Trueba joined all this in 2013 and since then he has seen. I saw before, no doubt, but now more.

', the film presented here in San Sebastián in 2016, the last part was carried out by two teenagers who, exhausted from their own exhaustion, loved each other. Or rather, they learned to do it without excuses. Until exhaustion. Somehow, the enlightened manners of that look, or seeing, were by force new, already filtered through.

, presented on Thursday in the official section, could be considered as the particular and always in progress work of the end of the course of precisely '

. Or the opposite. Be that as it may, what remains is

a larger work so dazzling with every step that it takes that it definitely founds a world.

And it is not so much exaggeration as the awareness of attending something unique.

Yes, I correct, it was exaggeration,

The film narrates the entire life in three and a half hours converted into a single sigh.

Or, better, what we ritually call adolescence with all its edges, its doubts and its badly rhymed rubble (the good ones are also there, of course).

So said it seems monumental and even exhausting, but you have to bear in mind that what is offered is a lot.

The proposal wants to approach the cinema not so much as an activity, art or trade but as a way of being in the world.

It is not so much a movie to simply watch, but also to live within it.

Divided into segments and even with two mandatory intermissions, '

appears first as a pure testimonial record where those questioned review their troubles, their appointments, their hairstyles, their problems and, above all, their hesitations in front of a camera by the one that shows the voice of an essentially clumsy interviewer. The director himself tries to ask questions, gets involved and the questioned ones, wise men, undo the mess. One attends to all this between surprised, curious and just clueless. And so, little by little,

the film transforms, mutates and forces us to rethink ourselves as a spectator in front of an artifact that is also documentary and document; witness and simple truth.

During the next phase, let's call it that, the tape becomes the testimony of his own desire to be something more, or just something else. Or to see again. And for the first time. The protagonists, who are actually many and always the same, make an effort to count, to film, to imagine in another way that is how one always imagines oneself. And so, little by little (everything is little by little), the film turns into fiction, into one fable after another in which two young people know each other, love each other (or so they think) and even travel to a town in Extremadura. right next to Portugal. What's more, they take a canoe and go to shore; another shore that is another country, another way of loving.

As delicate as it is sincere, brutal and obscenely honest.

On another trip, this one at the end of the year, they all go to Granada. There, as it touches, they drink, get drunk, love each other again and, perhaps to hide it, when the teacher speaks, they take notes. Meanwhile, they tell each other over and over again with a constancy as admirable as it is already forgotten who they are, who they want to be, what they feel, what they would like to feel ... And so, until exhaustion, an exhaustion that leaves the gaze completely full ,

exhausted from a cinema that reinvents itself, a new cinema.

Then everyone goes to a party to celebrate that they have made a trip, a movie, a song, a painting and that they are on their way to even a whole life. They sing, precisely, 'Who prevents it', by Rafael Berrio, and upon reaching the stanza that says

"You could change your name / for another that sounds better / end your lineage once and for all",

they take it at face value.

The result is an incomplete film that is formed in the viewer's gaze as a call to transform the gaze, all of them.

Those that we have, and we have the old ones, of all those who were born in the 21st century and those who face a cinema exercise without scaffolding, without genres, without excuses for the first time.

A secular miracle and, hopefully, no longer hidden.

The director, Paco Plaza, the producer, Enrique López Lavigne (bottom), and the screenwriter, Carlos Vermut (i), pose this Thursday with the actress, Almudena Amor (d), after presenting the film "La abuela". Juan BlacksmithEFE

And then there is Paco Plaza, the other great film in competition, which this time is associated with Carlos Vermut as screenwriter.

is a horror movie. With all the consequences. And terror, you know, is scary. For example, scared festivals scared as they live with what they will say of those in the know. And yet few sensations as rewarding in times as irresistibly uncertain as these. For one thing, nothing leaves us more defenseless. Someone scared gives up showing himself what he is capable of. But still, who is resisting.

The feeling of dread takes us back to childhood, to that almost sacred space where everything is still possible. And so.

tells the story of a granddaughter (everyone paying attention to

who one fine day receives the news of the stroke from the woman who took so much care of her as a child in the absence of her mother. She must abandon the

of Paris where she works as a model to literally plunge into the anguish of a distressing mansion.

From haute couture changes of clothes to dirty diaper changes.

What follows is, logically, the unexpected. And terrifying. The director manages to upgrade his previous works (think of '

') where the genre was modulated with the same wisdom towards comedy as it was towards generational portraiture. Now - contribution of Vermouth - everything turns towards something similar to melodrama, towards a baroque and dark terrain at the same time as blinding and disconcerting; an unpublished space full of references at the same time where

as a manga comic quote.

Plaza internalizes with an ability that, as it could not be from another, scares the keys of the horror genre until it becomes something more morbid, more aware of even its healing power.

Remember, like religion itself, terror places the believer, the viewer, in proud acceptance of their helplessness.

We are so vulnerable when we admit the secret of faith, both fascinating and terrifying, and when we abandon ourselves to the overwhelming certainty of the unknown, of what makes us suffer.

The pleasure of horror ... Who prevents it?

Venice Festival'Tres': the Spanish sound of the enigmatic and most original provocation of Venice