The Cumbre Vieja volcano has entered a zone of &amp; quot; mini stability &amp; quot; which, according to the experts, means that it is not known how long it will last and although it is ... 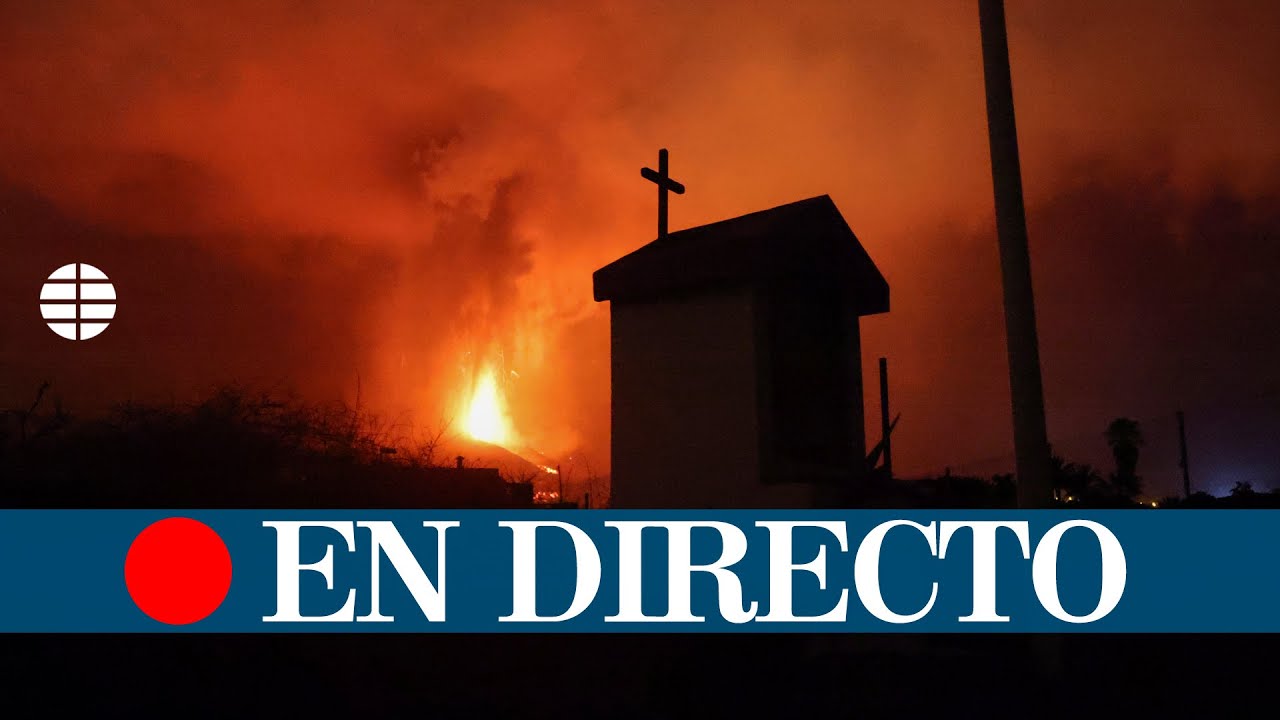 has entered a zone of "mini stability" which, according to the experts, means that it is not known how long it will last and although it is "quite explosive", the

have slowed down and are advancing very slowness, at 4 kilometers per hour, hence it is no longer ruled out that it

finally does not reach the sea.

"How long could the current volcanic eruption last in Cumbre Vieja? It is a very assiduous question that they ask us," the Canary Islands Volcanological Institute (Involcan) pointed out yesterday on its Facebook account. "Using the data that we know about the duration of the historical eruptions that occurred on the island of La Palma, a possible answer to this question that is not easy to answer could be obtained," the scientific body continued.

"Therefore, it would be acceptable to convey that we move in the range of a duration

," concluded Involcan in his answer to a question as pressing as, in fact, impossible to answer with certainty.

What is clear is that we are not facing a specific emergency, nor do we know if the worst has already passed.

The estimate is based on previous documented eruptions on the island of La Palma.

The first of whose duration there is evidence is also the longest: the Tehuya explosion in 1585, which

The most recent, the Teneguía in 1971, lasted 24 days and is the shortest in memory.

The kings are going to visit the

to convey their support and solidarity to the people who have been affected by the eruption of the Cumbre Viaje volcano after the lava has devastated their homes or threatens to do so.

will be accompanied by the President of the Government,

, who returns to the island after flying directly from New York, where he has spoken at the United Nations General Assembly.

The visit will begin at noon at the El Fuerte barracks, in the town of Breña Baja, where more than a hundred of the

has slowed down this Wednesday but was advancing without restraint, multiplying the damage in its wake due to the impotence of the neighbors.

The lava "has slowed down but continues its inexorable path," Ángel Víctor Torres, regional president of the Canary Islands, warned at a press conference, advising residents not to try anything against it and avoid maneuvers that put them in danger.

advance of the lava,

which is quite high, nothing can be done," he admitted.

"Neither a barricade, nor a ditch, nor a parapet in any way stops the advance of the lava. I wish it were so, but it is not, it is impossible."

The eruption, which began on Sunday, has already devastated 154 hectares and destroyed 320 buildings, the European geospatial measurement system Copernicus reported on Wednesday, in a notable increase over its previous data.

The arrival of the lava to the sea arouses fear due to the reactions it provokes, and it had been taken for granted.

However, it is no longer safe because the magma's descent has been slowing down.

"The flows are progressing very slowly, 12 meters have advanced in 12 hours," said the regional president.

7.00 The entry of lava into the sea will cause a dense but non-toxic vapor cloud

According to the vice-rector of the Geominero Institute of Spain (IGME), Luis Somoza.

In statements to Efe, this scientist has described the entry of lava into the Atlantic Ocean as a "spectacular phenomenon" and has said that the dimensions of the vertical cloud of vapor that it will cause will depend on the "falling front" and the width of each wash.

In any case, Somoza has assured that the water vapor cloud is harmless to health, despite the fact that it will carry some particle of the toxic gases that emanate from the volcano, but has insisted that its concentration is expected to be so low that it is not dangerous for living beings.

What he has warned about is that the water on the west coast of La Palma affected by the eruption will become more cloudy because the ashes of the lava, when coming into contact with the sea water, generate glassy particles that cause "a plume segment "that floats in the sea and reduces transparency.

Another consequence of the arrival of lava into the sea, this expert added, is the rise in water temperature in the area where the lava flows, a phenomenon that, as reported, will affect the marine ecosystem in the area. and above all it will harm fishing.

Somoza added, however, that the fishing activity will take "about six months" to recover, as he said happened on the island of El Hierro when the Teneguía volcano erupted in the middle of the sea in October 2011 and fishing stopped. was affected for some time.

ScienceVolcanic alphabet: from magma to pyroclasts, all the words to understand the La Palma eruption