Secrets of Dumbledore and filming underwater: what is known about the third film in the Fantastic Beasts series

The third installment of the Fantastic Beasts movie franchise is called The Secrets of Dumbledore. The premiere of the film will take place three months earlier than the expected date - April 15, 2022. In the story, Albus Dumbledore assigns the zoologist Newt Salamander to lead a dangerous mission that will prevent the dark wizard Gellert Grindelwald from seizing power over the world. Jude Law, Eddie Redmayne, Katherine Waterston, Dan Fogler and Alison Sudol returned to their roles in the film. 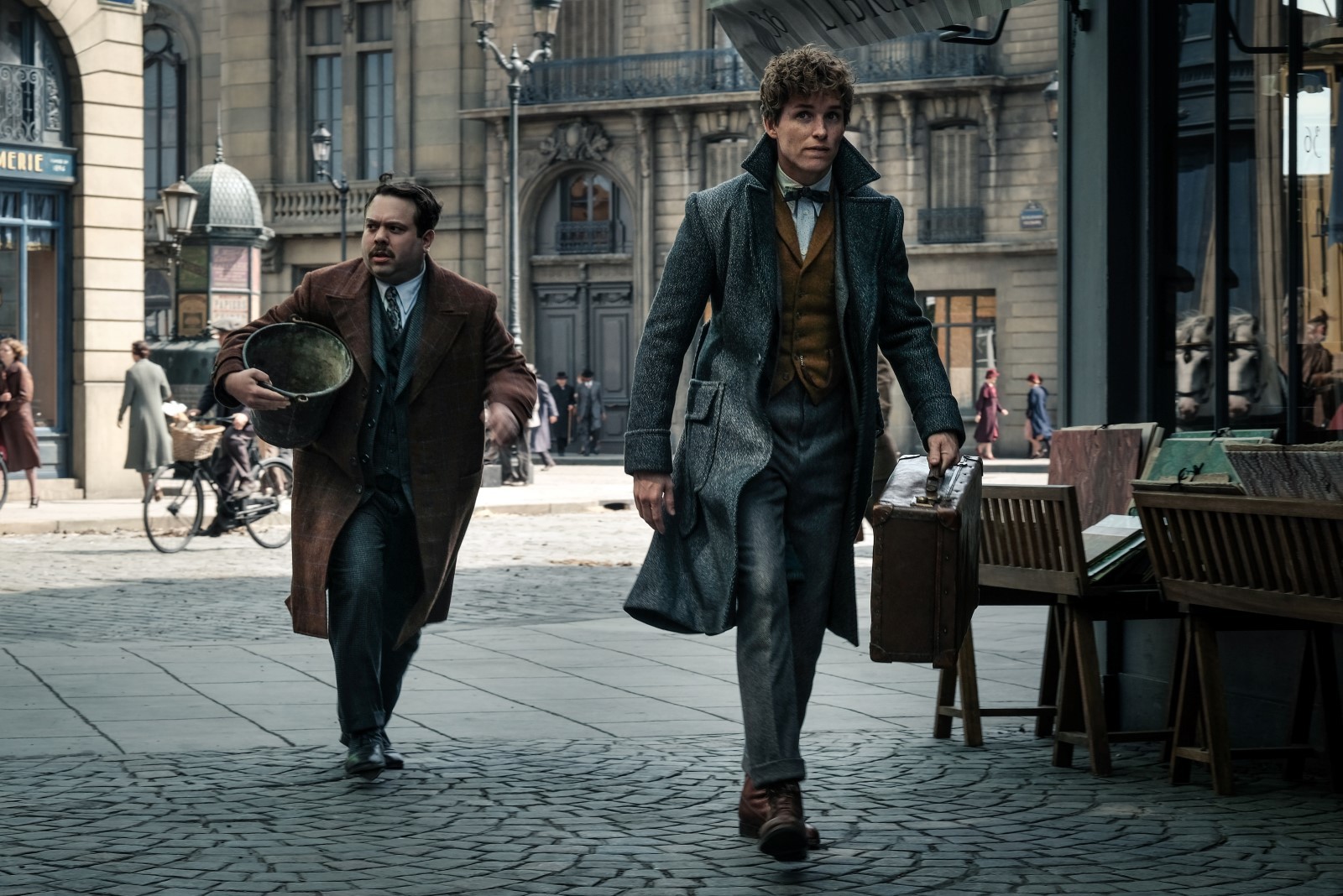 According to the plot, the professor of the Hogwarts School of Witchcraft and Wizardry Albus Dumbledore knows that the powerful dark wizard Gellert Grindelwald is preparing to seize power over the wizarding world.

Unable to stop him, Dumbledore entrusts the zoological magician Newt Salamander to lead a dangerous mission, the participants of which will be wizards, witches and one brave Muggle.

During the operation, they will have to face old and new fantastic creatures, as well as numerous followers of Grindelwald.

The project is being directed by David Yates.

He has directed the previous two parts of the franchise, as well as the last four films about the adventures of Harry Potter.

The creator of the magical universe, J.K. Rowling and Stephen Cloves, who also had a hand in the filming of almost all the films in the Harry Potter series, are working on the script.

Central roles, as in the first two parts, are played by Eddie Redmayne, Catherine Waterston, Alison Sudol and Dan Fogler.

In November 2020, it became known that he would replace Johnny Depp.

Not long before this, representatives of Warner Bros.

asked the latter to refuse to participate in the project.

This decision was made shortly after Depp lost a court case against the British tabloid The Sun.

Mikkelsen noted in an interview that his Grindelwald will be different from the character played by Johnny Depp.

At the same time, the artist promised that the project team would not ignore the work of his colleague when creating a new image.

According to rumors, one of the roles in the tape is played by the Russian actor Alexander Kuznetsov, known for the projects "Summer", "Acid" and "Kept Women".

The start of filming for the third part of "Fantastic Beasts" was scheduled in the UK as early as mid-March 2020, but they were postponed due to the coronavirus pandemic.

As a result, filmmakers were able to start production in September.

As Eddie Redmayne said, he planned, including night shots in the water in the open air.

It was supposed that the work on these scenes will take place in the summer, but due to the postponement they had to be filmed in early December.

Earlier it was reported that the events of the new tape will unfold in the 1930s, and one of the locations will be Rio de Janeiro.

In addition, according to Dan Fogler, the performer of the role of Jacob Kowalski, his character will receive an interesting development.

The actor also promised that viewers of the film will see several spectacular battle scenes.

The first part of the film franchise, Fantastic Beasts and Where to Find Them, was released in the fall of 2016.

In the center of the plot was Newt Scamander, a zoological magician from the UK.

He arrives in New York, where he is looking for and researching magical creatures.

The film was warmly received by both film critics and viewers (its rating on the portal Rotten Tomatoes is 74% and 79%, respectively) and grossed $ 814 million from a budget of $ 180 million. In addition, the picture was awarded an Oscar for Best Costumes.

Part 2, Fantastic Beasts: The Crimes of Grindelwald, premiered in 2018.

She did not receive such high marks and earned about $ 655 million at the box office. The film was set in the United States, England and France.

In the story, the Magic Congress of the North American Administration catches Grindelwald, but he escapes from custody.

He hides in Paris, where he gathers supporters and begins his path to power.

In total, five films are planned for the Fantastic Beasts film franchise.

In the finale, a massive battle is expected between Albus Dumbledore and Gellert Grindelwald.