Ann Linde: "We will not give up until Dawit Isaak is reunited with his family"

Today it is 20 years since the Swedish journalist and author Dawit Isaak was arrested and imprisoned in Eritrea. In a press release from the Ministry of Foreign Affairs, Foreign Minister Ann Linde now writes that the government has not given up the fight and that they are still working to release Isaak. - It is very serious that Dawit Isaak is still imprisoned after almost 20 years. The government is strongly involved in his case, writes Foreign Minister Ann Linde in a press release. 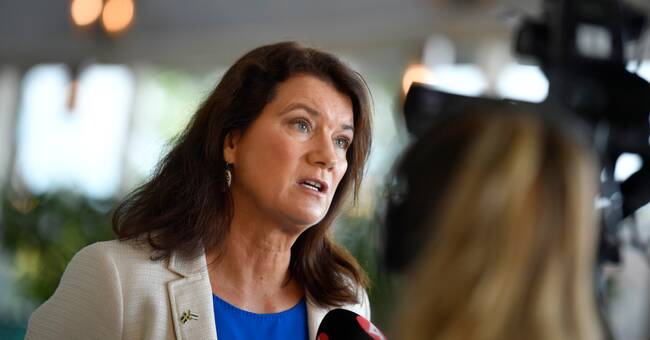 Dawit Isaak is a Swedish citizen and the clear goal is for him to be released.

This is what Foreign Minister Ann Linde writes in a press release in connection with the fact that today it is 20 years since the Swedish journalist was arrested in Eritrea.

- We will not give up until he has been reunited with his family.

The government continues to work purposefully and constantly looks at all possible ways forward with the aim of achieving results for Dawit Isaak to be released, writes Ann Linde.

Dawit Isaak was arrested for "breach of national security" on September 23, 2001 at his home in Eritrea.

He has since been imprisoned without trial.

Ann Linde and the Swedish government also make it clear that they are constantly working to release Isaak and that, among other things, they are continuously cooperating with other countries.

There sometimes Eritrea with which they have had a long dialogue.

- We turn all the stones so that he can be released and constantly try which way can be successful.

Of course, during these years we have collaborated with other countries to see if we get closer to a solution.

We appreciate the support that a number of countries have given us in various ways, but - apart from the recent public statements made by the United States - this is not something we can comment on in more detail.

- It is important to emphasize that it is Eritrea that keeps Dawit Isaak imprisoned and that the responsibility for it is Eritrea.

Has appointed a commission

On June 10 this year, the government decided to appoint a commission to release Swedish journalists abroad, such as Dawit Isaak and Gui Minhai.

The Commission will present its mandate by 31 March 2022.