The Indian, Sonia Gupta, organized a party invited by family and friends, on the occasion of her divorce after a marriage in which she did not taste happiness. 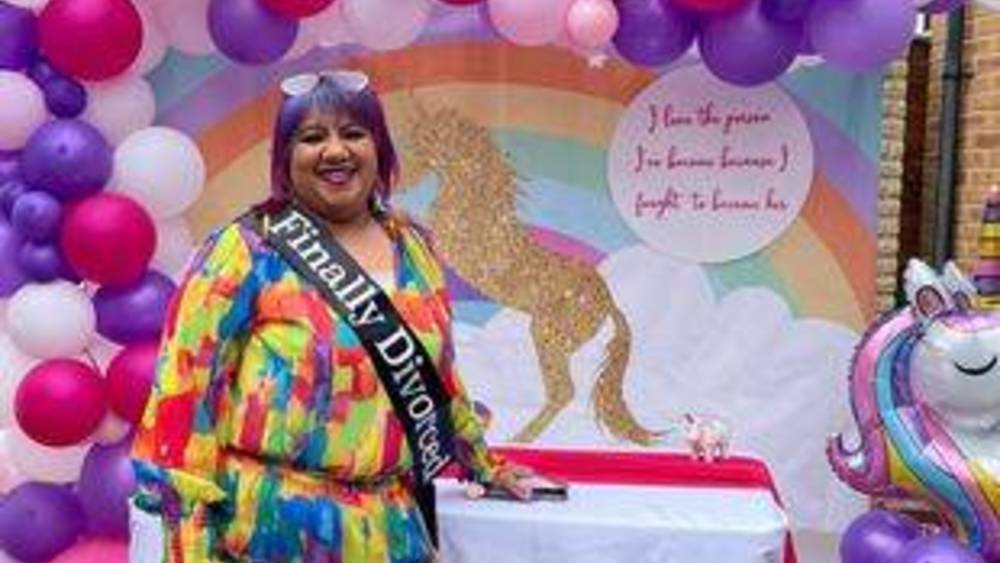 Indian Sonia Gupta organized a party, which was invited by family and friends, on the occasion of her divorce after a marriage in which she did not taste happiness.

The woman, who works as an account manager in one of the companies, wore a colorful dress with a "Finally Divorced" scarf, and asked her guests to be at the top of the hustle and bustle.

"The ceremony was like magic, because after the past 10 years, I think I deserve a little bit of magic," Gupta said.

Speaking about her previous marriage, she said: "We got married in India, then moved to the UK, and ended up being really unhappy for years."

And she continued, "I just wanted my previous life back, I was a very lively and open person before my marriage, and when I got married, everything was gone."

She recalls the beginning of thinking about the separation, saying: "When I told my family that I wanted a divorce, there was an uproar, and there was no support for me or my mental health, but I had my friends, and they are my strong pillar."

She explained that the beginning of the divorce proceedings was in 2018, but it was postponed for more than three years.

After several sessions and arduous deliberations, during which she appeared five times before the court, the process was completed, and her marriage officially ended.