Africa - Tunisia report: bringing a publishing house to life in an angry country with reading

While the States General of French-language books will be held in Tunis from September 23 to 24, and while they will be followed by the World Congress of French-Language Writers on September 25 and 26 ... 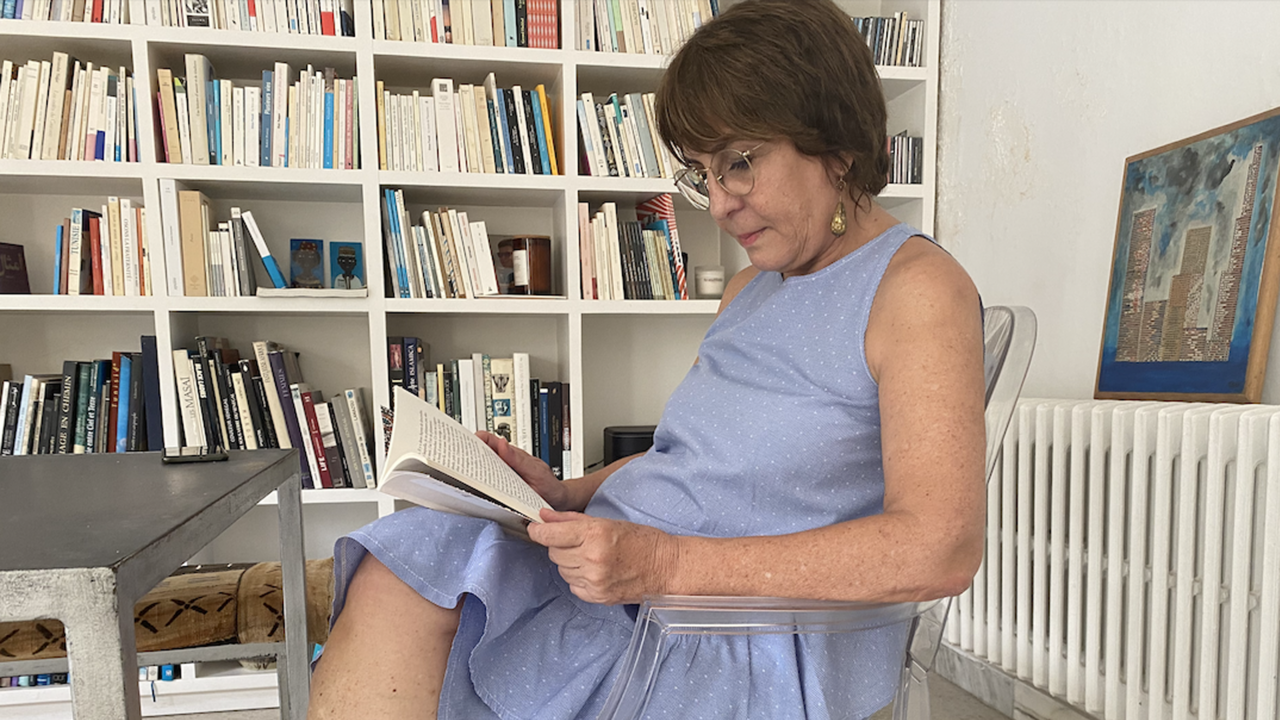 Tunisia: keeping a publishing house alive in an angry country with reading

Elisabeth Daldoul at her home in Tunis.

While the States General of French-language books are being held in Tunis from September 23 to 24, and while they will be followed by the World Congress of French-Language Writers on September 25 and 26, we went to meet Élisabeth Daldoul, the founder of Editions Elyzad.

She told us about her daily life as a publisher in a country that reads very little and what she expects from these major literary events held at home.

From our correspondent in Tunis,

Tunisians are angry with the books.

Élisabeth Daldoul, she is damn upset against those who abuse them.

You have to see her take the step of the Clairefontaine bookstore, owned by her husband's family for nearly half a century, multiplying the reproaches.

Dust off those novels."

So get those out of that infamous plastic that suffocates them.

And so put better value these works come on

Orders click and seem to wake up the young employees rocked by the torpor of a summer that plays overtime in Tunisia.

If Élisabeth Daldoul demands that particular care be lavished on books, it is because she knows better than anyone the work that each has required, she who has carried some of them for months.

► Also to listen: In Tunisia, the book sector is in difficulty

A publishing house "from the South"

At the head of Elyzad editions, his last-borns occupy the best-placed table in the bookstore.

In all, around thirty works by Tunisian, but also Palestinian and French authors are available to the reader's appetite.

Elyzad is anchored in Tunis, but claims a Mediterranean identity.

“From the South”, as Élisabeth Daldoul says.

It is this identity that she wishes to defend during the two major literary events to come.

- the publisher has the impression that the world of French books is gradually changing its outlook on the work of colleagues on the southern shore of the Mediterranean : “

I found it extremely courageous on the part of the jury to award us the Goncourt.

I said to myself “

“I have the feeling that the center has shifted.

And that we who were peripheral publishers, published in French, but not in Paris, are now perceived differently.

► Also to listen: States General of the Book in Tunis, how is the French-speaking edition?

Rubbing shoulders with authors, the "pinnacle of emotion"

She, who has been publishing books for sixteen years now, talks about her profession with the amazement of beginners.

More than the publication of a book, what thrills Élisabeth Daldoul is the discovery of a new author.

Each book is a new adventure for her.

The promise of diving into the inner and unique world of a writer.

The "height of emotion", she confides.

Under the neon lights of Tunisian literary salons, perhaps she will make a new solar encounter.

While waiting for a hypothetical and new literary love at first sight, Élisabeth Daldoul wishes to take advantage of the holding of these two major events to deliver a plea for a better "circulation" of the book.

I created the publishing house by telling myself that I wanted the books to travel.

But it is clear that the books do not circulate at all between the three Maghreb countries which are nevertheless very close from a cultural point of view.

All this is due to very complicated banking and customs reasons.

Forgive me the expression, but it's stupid!

There are goods in circulation - car tires for example - but books are not!

Who will have the political courage to tackle this question?

Being an editor in a country that reads little

This Franco-Palestinian woman from Dakar has already lived in Tunis for thirty-four years.

She who fell in love with a Tunisian married her country with him.

A one-sided love so much Tunisians shun reading.

Two out of three Tunisians thus admit not having a book at home except the Koran or school books.

A worrying figure that must however be qualified by an economic context which makes the book inaccessible to ordinary Tunisians.

► Also to listen: Tunisia: an internet platform to exchange books for free

A source of hope, the proportion of Tunisians who say they do not read a book at all is declining from year to year.

The salvation of reading will likely come from young people.

good for the ego

" - derive her main source of pride from the enrollment in the school programs of some of her books in Tunisia than in France. like the Goncourt of the first novel, absolute pride of the house.

As passionate as she is frank, Élisabeth Daldoul is convinced that the battle for books will be won more on the benches of schools than in the “between-oneself” of the hushed alleys of colloquiums and congresses of publishers.

69% of Tunisians do not have books at home apart from the Koran and school books.

By comparison, the figure rose to 74% in 2018, a sign that things are changing anyway.