A woman saved her two children when she continued to breastfeed them for four consecutive days, despite the fact that she was suffering from dehydration, after their boat got lost in the water, which led to her death. between them 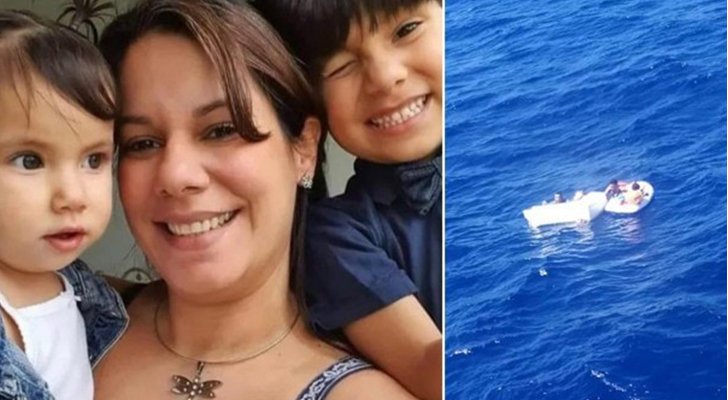 A woman saved her two children by breastfeeding them for four days straight, despite being dehydrated, after their boat got lost in the water, killing her.

According to the British newspaper, The Independent, Friday, September 17, 2021, 8 people were on a boat, including the deceased mother, Marly Chacon and her family, on a leisure trip in the state of Miranda, Venezuela, on September 3, and they had another boat that sailed along the same route.

Minutes after they left the uninhabited island of La Tortuga, one of the boats reported an electrical failure.

After the boat set off again after the repair, it is said to have hit a great wave that split it in half and left its passengers afloat in the deep sea, 70 miles from land.

In a desperate attempt to save the lives of her 6-year-old son and 2-year-old daughter, Marley continued to breastfeed them, and in order to save her life, according to officials, she drank her own urine, but eventually died of dehydration and heat stroke.

Four days after the shipwreck, the two children were found clinging to their mother on a small lifeboat.

Authorities took her to a hospital in the Venezuelan capital, Caracas, where she was treated for first-degree burns, dehydration and post-traumatic stress disorder.

Mother Marley has experienced organ failure as a result of the electrolyte depletion caused by dehydration, which occurred when she resorted to breastfeeding, La Republica reported, citing a forensic source.

Veronica Martinez, the 25-year-old's nanny, escaped the sinking boat after being found inside an empty ice box.

She was hospitalized with severe dehydration, coma and post-traumatic stress disorder.

According to El Diario, the nanny suffered from a racing heart, low blood pressure, fever, delirium and dry skin from exposure to the sun, and had to be sedated.

The authorities did not find the father of the two children, Ramos Clambur, and three others who were with him on the boat.