7 billion neighbors - Teaching sign language, a necessity for the inclusion of people with hearing loss?

French sign language was, for a long time, the language of the hearing impaired. It is spoken today by 150,000 hard of hearing and as many hearing people.&nbsp;&nbsp; 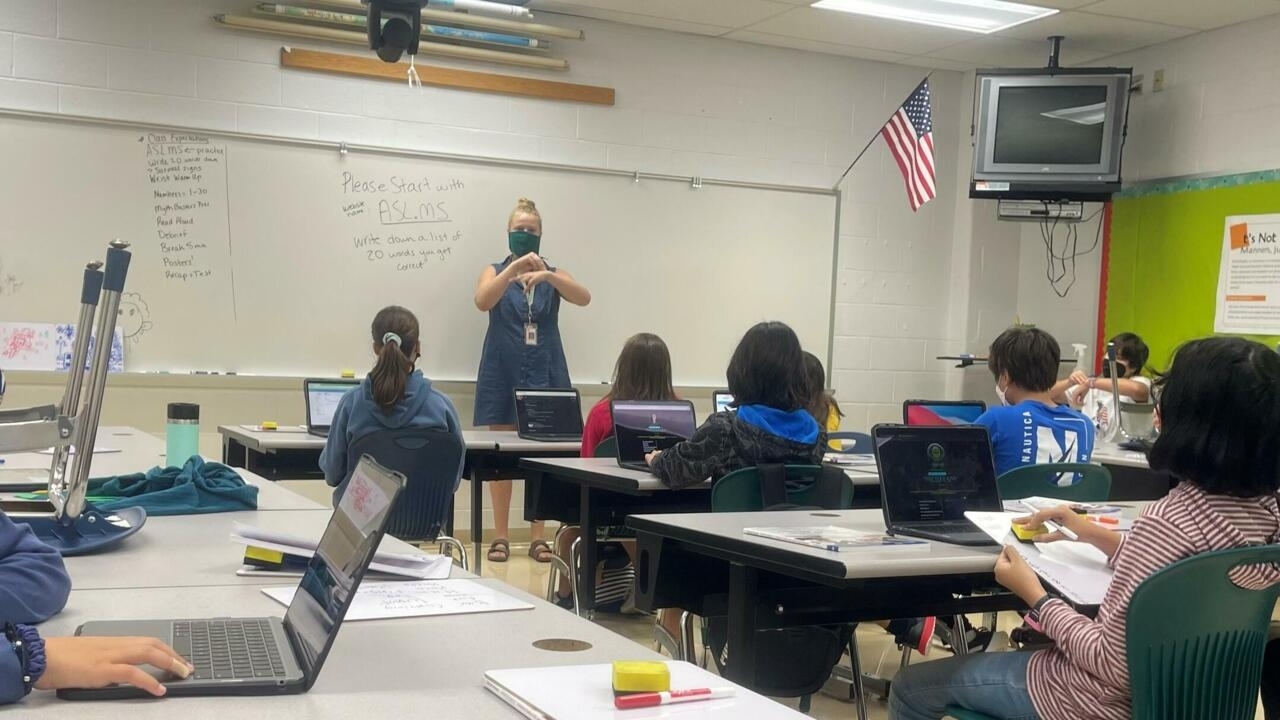 Teaching sign language, a necessity for the inclusion of hearing impaired people?

American teacher Brittany Dzugas-Smith teaches sign language at a college in the suburbs of Washington.

French sign language was, for a long time, the language of the hearing impaired.

It is spoken today by 150,000 hard of hearing and as many hearing people.

It is a language like any other but it is not international because it is different from one country to another.

The LSF option can be chosen since 2010 and as a baccalaureate option since 2018.

How to transmit to these children in their natural language?

Does signing with a baby help to understand him or her better?

The idea is starting to germinate in some nurseries.

, professor of sign language at the Lycée Varoquaux in Tomblaine and author of

Precise of French sign language for the use of all

The French language for dummies

in Gennevilliers in the Parisian suburbs

And a testimony collected by

In the United States, sign language is taught in some schools.

This has been the case for 3 years in the

The pupils choose this language voluntarily, at the rate of 2 or 3 lessons per week.

is one of two

She explains to us why her subject has met with some success with college students.