Rasem Omar Al-Arian, son of the Egyptian director Tariq Al-Arian, was resisted, against the background of the great quarrel that he entered in Lebanon and caused him to be injured and hospitalized for a number of operations. 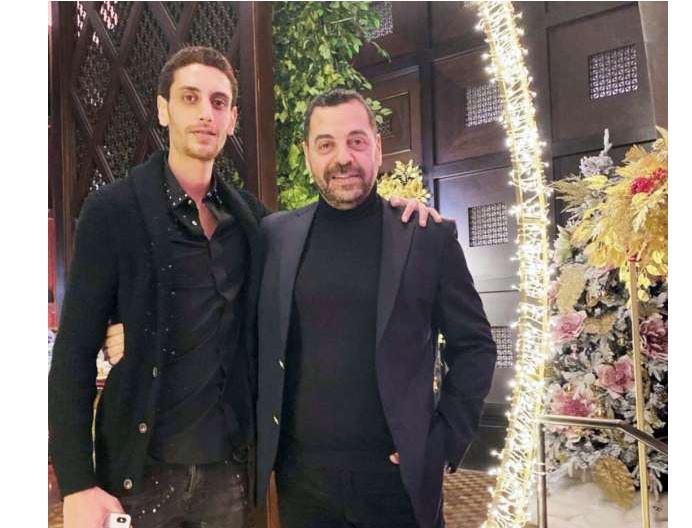 Rasem Omar Al-Arian, son of the Egyptian director Tariq Al-Arian, was resisted, against the background of the big quarrel that he entered in Lebanon and caused him to be injured and hospitalized for a number of operations. She denied the matter in statements she made during the past hours.

A friend of the artist, Sherine Abu El-Ezz, Yarita Jamal, who was present at the place and witnessed the quarrel, said to the “ET Arabic” program: “Her friend was keen to throw peace on Omar Al-Arian, as soon as she entered the place, but his girlfriend tried to prevent him from returning the peace, as she sought to provoke her and skirmishes.” The son of Tariq Al-Arian lost his nerve and hit Sherine Abu Al-Ezz, which caused her injuries.”

Sherine Abul-Ezz's friend denied the rumors that a group of people attacked Ibn Tariq al-Arian, which caused fractures in his foot, stressing that this statement is completely false, explaining that "Omar jumped from a high place and his leg was broken."

She revealed the state of health of Sherine Abu Al-Ezz, after she was beaten by Ibn Tariq Al-Arian, stressing that she is in a bad psychological state: "She is collapsed, especially since she does not like problems and her personality is very peaceful."

The Lebanese artist, Fatima Safa, revealed the details of the quarrel between Tariq Al-Arian’s son and Sherine Abu Al-Ezz, as she wrote on the Twitter site, saying: “Regarding Omar Al-Arian and his fiancée, and all the information that came down from all sites, all of them are lies and slander, and no one has the right information, we are about us.” We trust the judiciary, and we do not leave the lawyers the freedom to declare or not.”

She added: "The boy was assaulted, and his father-in-law did not limit the management of the restaurant, and also the lawyer decides their responsibility for what happened, and their failure to protect the shop's customers and even their first statement when the investigator arrived, it was in favor of the thug."