The Canary Islands emergency coordinating center has reported the appearance of a new eruptive mouth in an area of ​​the municipality of El Paso (La Palma), in Tacande that has ... 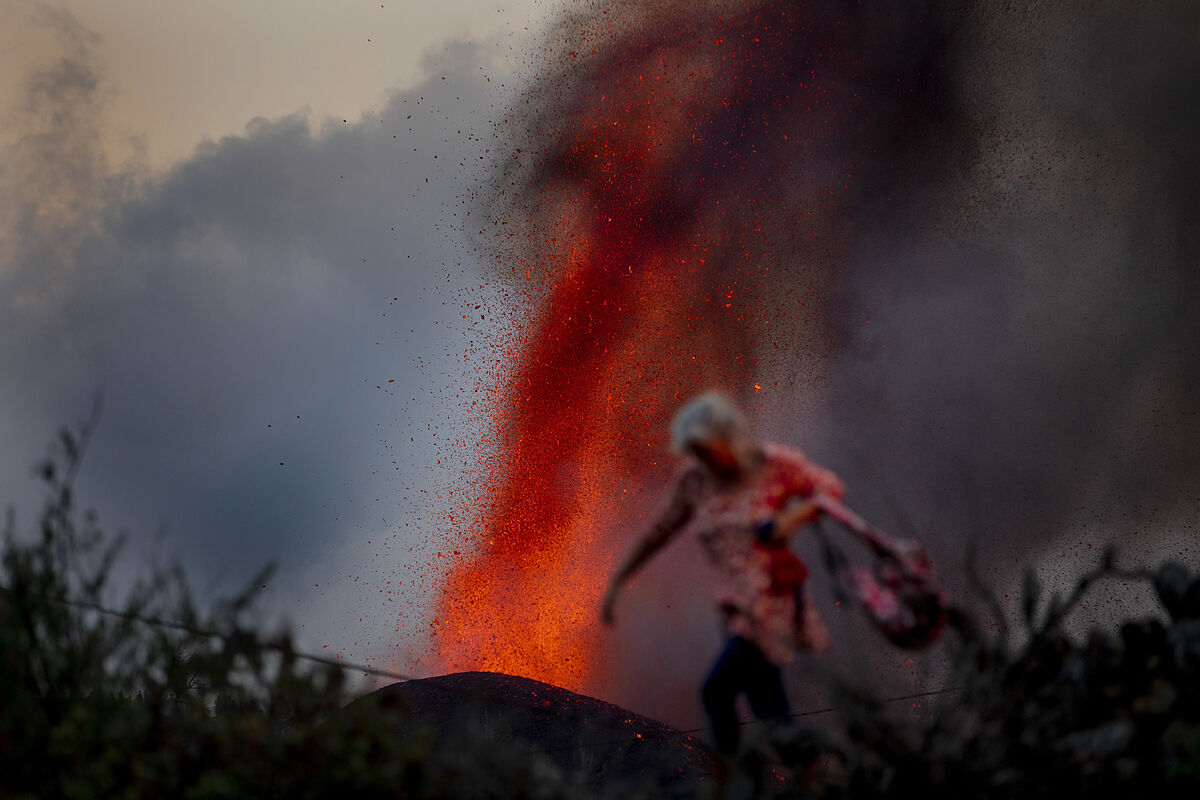 has reported the appearance of a new eruptive mouth in an area of ​​the municipality of El Paso (La Palma), in Tacande that has forced new evacuations.

Until that moment, 5,500 residents had been forced to abandon their homes.

In this way, the inhabitants of the nuclei closest to the

have gone from the expectation generated by a natural spectacle of similar proportions to the desolation of contemplating how the lava buries "the work of a lifetime".

The eruption continues to advance towards the sea, although it does so more slowly than expected.

7.00 An earthquake shakes La Palma again while the speed of the lava slows down

of magnitude 4.1 has shaken

with an epicenter in the southeast of the municipality of Tazacorte and a focus three kilometers deep, according to the National Geographic Institute. The tremor was registered at 9:32 p.m., Canarian time, and has been felt in several municipalities on the island. It is the largest earthquake on the island since Sunday when a 3.8 earthquake preceded the eruption by a few hours (3:13 pm).

in the volcanic eruption of La Palma has slowed down in the last hours so that it finally did not reach the sea during this morning as it had initially been indicated, according to the director of the Volcanic Risk Prevention Plan of Canarias, Pevolca, Miguel Ángel Morcuende.

This does not mean, he clarified, that the

has decreased its activity and it should be verified in the next few hours if this reduction is a trend or not.

The technicians have explained that

the lava continues to descend

at the height of the Todoque nucleus, filling spaces and in some points it overflows but at a slower speed than expected, which is why it has not reached the coast during the night as expected.