The Government figures in 327,129 refusals to be vaccinated until September

The Official Gazette of the Cortes Generales has published the Government's written response to a question formulated by the Vox Group in Congress to find out how many people ... 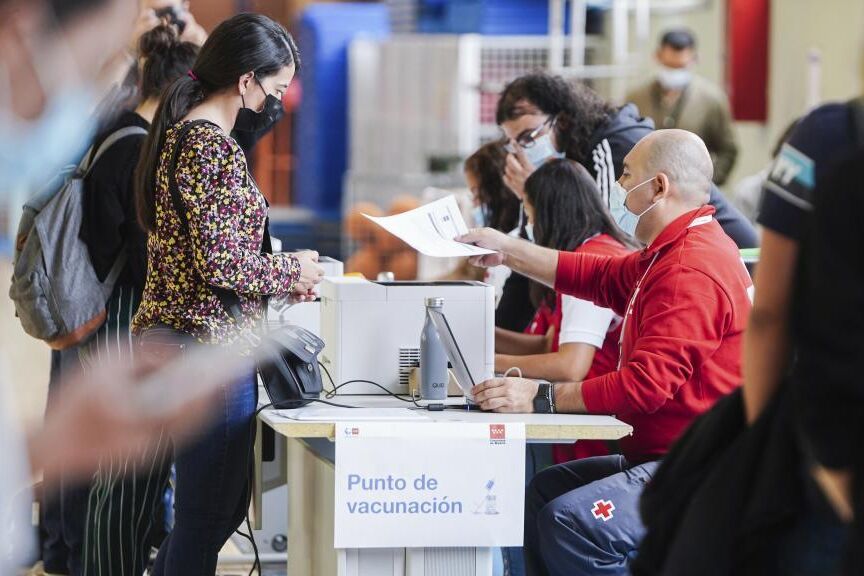 Official Gazette of the Cortes Generales

has published the Government's written response to a question formulated by the Vox Group in Congress to find out how many people have rejected so far (between February 1 and September 1) vaccination against the Covid.

According to government data, until September 1,

327,129 vaccinations had been rejected by patients

. Vox's question aimed to know not only the number of unsuccessful citations, but also the breakdown between those who expressly refused to be vaccinated and those who have not attended the appointment to be vaccinated for any other reason. The Government, however, has responded with the global figure, explaining that the

"does not make a distinction between people who have rejected vaccination at the time of being summoned and those who have done so having attended the appointment."

people who had rejected first vaccinations

vaccinated with AstraZeneca in the second dose

after receiving AstraZeneca in the first.

According to the Government's reply, "the breakdown by dose and brands cannot be provided, since such information is not mandatory and, therefore, it is not reported by the competent authorities of the autonomous communities."

After these questions, the Vox Group has also asked the Government written questions about the rate of rejection of the vaccine by age groups, a fact that, in principle, does appear in the information that the autonomies are transferring to the vaccination registry .

have to expressly respond

(within a period of 20 days, extendable for another 20 more) about its intention to impose or not the compulsory nature of vaccination among health workers, as a result of another

of the Cortes Generales

formulated by the PP,

in which it expressly asks if "the Government plans to meet the request made by the Minister of Health of the Junta de Andalucía and promote, lead, coordinate ... at some point some measure to make possible the mandatory vaccination against the Covid pandemic or diagnostic tests for all health and social health personnel ", according to the question of the Popular Group, which must be answered within a maximum period of 40 days from this publication.

and nursing home staff or in front of the public, a measure that is considered unnecessary by part of the Colegial Medical Organization in light of the high acceptance of vaccination among Spaniards, with 98% of adults saying they have already been vaccinated or are willing to do so.

Health "If there had not been this emergency and this need to have a vaccine as soon as possible, three-dose vaccines would surely have been developed"

Covid-19 Summer is gone, the virus continues: "It should have been said before that 70% was not enough"