Graphic report on the eruption on La Palma

The eruption on La Palma was not a surprise but its consequences are still unknown. Since Saturday, September 11, thousands of small tremors had been detected ... 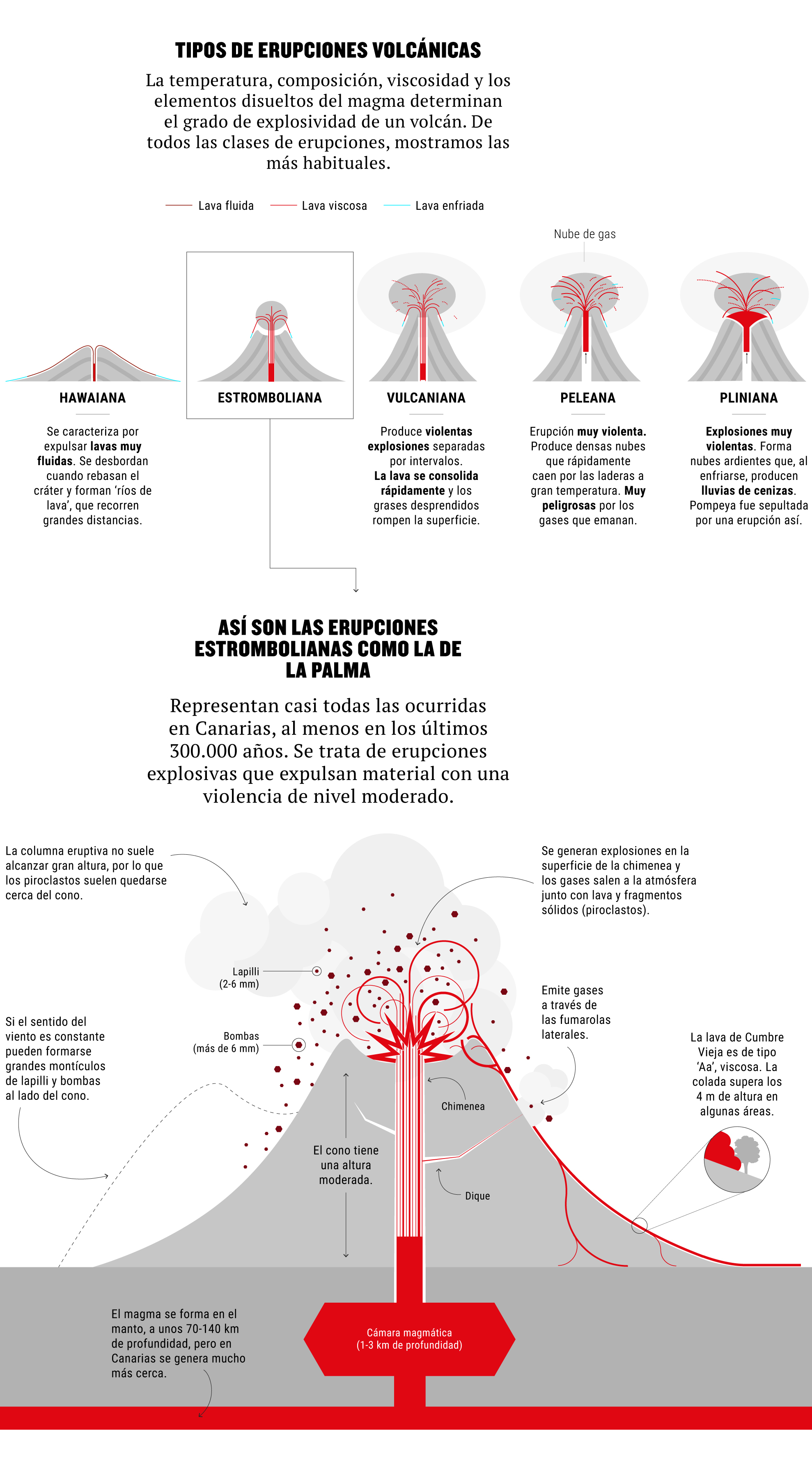 was not a surprise but its consequences are still unknown. Since Saturday, September 11, thousands of small tremors had been detected in the subsoil of the Canary Island, which has a volcanic origin. It is a phenomenon called

, which occurs when earthquakes of relatively low magnitudes and with a common origin are grouped together in the same area in a short space of time.

. There was a possibility that it would be ejected to the surface. It is just what happened around three fifteen in the afternoon on Sunday, island time. He starting

an eruption Strombolian by several mouths

that can last for days, even weeks. That is already modifying the orography.

Although the eruption occurred in a forested area, runoff has become

the greatest threat to homes and other property

The lava, which can reach six meters in height, advances towards the sea at an average speed of 700 meters per hour and with a surface temperature of more than 1,110 degrees Celsius.

It devastates everything and leaves behind a trail of damage that will still take time to calculate.