China News Service, Xianyou, September 18 (Reporter Lin Chunyin) Since the outbreak of the epidemic in Japan on September 10, Fujian has reported a total of 292 local confirmed cases. Among these confirmed patients, there are a large number of primary and secondary school students and kindergarten children, and there are more children in the centralized isolation point in the high-risk area of ​ 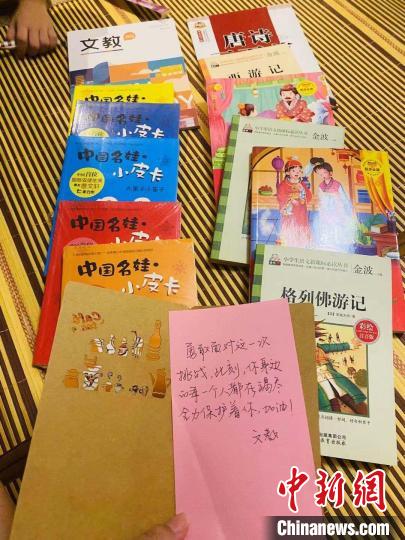 China News Service, Xianyou, September 18 (Reporter Lin Chunyin) Since the outbreak of the epidemic in Japan on September 10, Fujian has reported a total of 292 local confirmed cases.

Among these confirmed patients, there are a large number of primary and secondary school students and kindergarten children, and there are more children in the centralized isolation point in the high-risk area of ​​Putian City, Fujian Province.

How to protect the "Children of Putian" together?

In the past few days, the psychologists have helped each other and launched the "talk therapy" operation.

On September 18, the Putian City Headquarters for Response to the Novel Coronavirus Pneumonia Epidemic Situation issued 26 psychological assistance hotlines in its jurisdiction.

Located in a high-risk area, De'an Hospital in Xianyou County, Putian City has received several times more calls than usual in the past few days.

This is his "biggest tough battle" for 10 years in the industry.

In the past five days, Wang Shibin and his colleagues screened out dozens of abnormal cases.

"We designed a variety of games for children in isolation points, used mini programs to screen their mental and mental health, and then conducted telephone interviews and crisis interventions." Wang Shibin told a reporter from Chinanews.com, "We need more picture books and toys. , Also called for more psychological counselors to come to Xianyou."

At present, 22 psychological counselors, psychotherapists and psychiatrists have assembled in Putian City and Xianyou County to provide resident services for people in centralized isolation points and front-line anti-epidemic personnel.

The Affiliated Hospital of Putian College is the designated treatment hospital for the confirmed cases of Putian during the epidemic. It has created a warm and cartoon-like ward for the children, and carried out activities such as picture book sharing, drawing, and online psychological escort.

Ke Lifan, a medical social worker at the Affiliated Hospital of Putian University, told reporters that the hospital has established a peace-of-mind assistance psychology group, under the guidance of a psychologist to guide the frontline nurses to take care of the children; a number of senior psychologists, social workers, and children’s doctors joined in, “from how to deal with children’s grimace and screaming As to how to pacify self-blaming parents and patients, the escort confusion faced by nurses is solved by a psychological counselor as a solid backing."

Liu Jingjing, a psychological counselor at the Affiliated Hospital of Putian University, wearing an N95 mask and protective clothing, has just finished one-on-one psychological diagnosis and treatment in the isolation ward.

She told reporters, "The special'talk therapy' will improve the mood of the patient. When you are happy, your heart will open."

Putian's children received books in Xianyou Quarantine Hotel and couldn't put it down.

The School of Psychology of Fujian Normal University and the Mental Health Education Development Center of Fujian Province jointly formed a "Psychological Epidemic Prevention Commando", opened a psychological hotline, undertook the hotline of the Fujian Women’s Federation, and provided the hotline service desk of the Communist Youth League and the psychological assistance hotline of Xianyou County support.

Professor Meng Yingfang, deputy dean of the School of Psychology of Fujian Normal University, said: "We must woven a'guard net of hearts' for people under the epidemic, especially children."

The Fourth People's Hospital of Fuzhou sent two senior psychologists to assist Putian and opened a hotline for psychological counseling.

Zou Yefeng, deputy director of the Fuzhou Medical Psychological Counseling Center, is responsible for the connection 24 hours a day.

He believes that the top priority is to help children maintain order and parents to maintain emotional stability.

"Let children have more opportunities to contact familiar environments and people. What children did before and what they still want to do now. When children face familiar environmental figures, it will help them to stabilize as soon as possible." Zou Yefeng said, "We tell the children People, the whole society is helping us fight the epidemic, and the country has the ability to let children know that the epidemic is controllable. This also helps increase children's sense of control, but the process is a bit difficult."

Chen Sumin said that fear and panic is an instinctive reaction of children, and crises can also be a good time for life education and enlightenment.

"The children can just use the quiet environment during the isolation period to do what they wanted to do but failed to do." Chen Sumin encouraged the home isolation mother who called on the phone. "Talk to your child more and accept his emotions every day. Arrange the tasks that can be accomplished within your ability to keep him busy." (End)