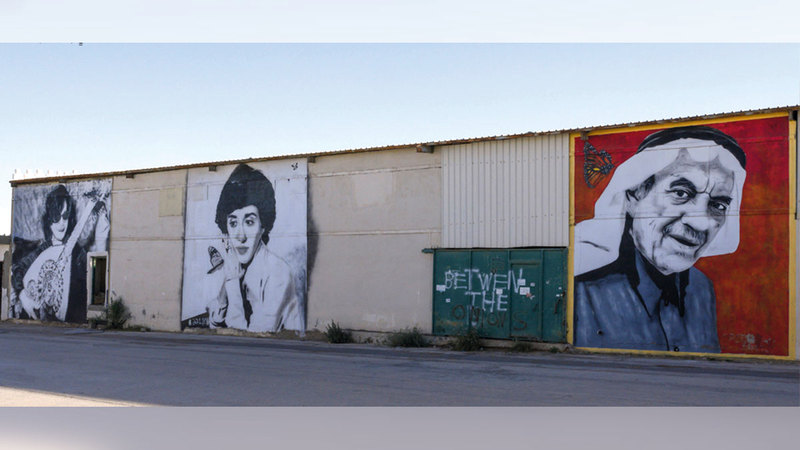 The Diriyah Biennial for Contemporary Art is gaining great momentum as it is the first international biennial exhibition that reveals the essence of contemporary art in its various forms in Saudi Arabia. The interconnection between the cultural and creative communities in the Kingdom and the international art world. Developed by an elite international team of curators led by Philip Tinari, Director General and CEO of UCCA Center for Contemporary Art in China, the Diriyah Biennial will feature six sections filled with artworks by nearly 70 international and local artists. Under the title "Tracking Stones", as part of a joint dialogue with a group of artists and visitors about contemporary arts.

For his part, Prince Badr bin Farhan Al Saud, Saudi Minister of Culture, founder and chairman of the Board of Trustees of the Diriyah Biennial Foundation, stressed that cultural and civilizational exchange with the countries of the world is a top priority in this period of unprecedented prosperity and growth of the creative community in Saudi Arabia. The Diriyah Biennial for Contemporary Art comes as a pioneering platform to build bridges of dialogue between Saudi youth creators, and connect them with the artistic world.

The Diriyah Biennial Foundation, which was established in 2020 by the Saudi Ministry of Culture, plays a vital role in supporting all forms and creative practices, as well as contributing to instilling the values ​​of culture and arts and emphasizing their role in the development and prosperity of societies.

The Foundation will organize two art biennials for the first time in the Kingdom: the Diriyah Biennial for Contemporary Art, scheduled for this year, and a Biennale specialized in Islamic arts, scheduled for 2022.

We cannot help but feel proud and proud to present a cultural platform of the size and value of the Diriyah Biennial during this phase, which is punctuated by qualitative achievements and stations of development and prosperity in the local artistic and cultural sector.”

She added that the Diriyah Biennale for Contemporary Art embodies a commitment towards supporting local artistic talents and enabling them to showcase their works, through a fruitful cultural dialogue with the participation of a group of distinguished artists from all over the world.