The 18-karat solid gold toilet is still missing in Britain since it was stolen two years ago, and no one has been accused of stealing it yet. s 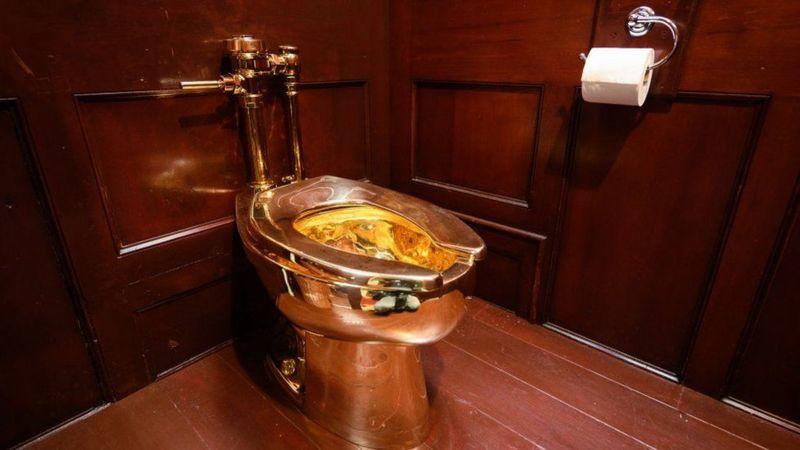 The 18-carat gold toilet is still missing in Britain since it was stolen two years ago, and no one has been accused of stealing it yet.

The toilet, already used by visitors, was stolen from an art gallery at Blenheim Palace, Oxfordshire, in the early hours of 14 September 2019. At the time, it was worth about $6m (£4.8m). Insurance companies offered a reward of up to 100,000 pounds for anyone who found him.

Seven people were arrested, but no theft charges were brought against them.

A gang broke into the opulent 18th-century mansion, causing "significant damage and flooding" because the toilet was connected to the building's water system.

The toilet was privately owned and was part of an exhibition by Italian graphic artist, Maurizio Cattelan, for two days before it was stolen.

The insurance company, FASA, said the reward, for a safe return to the toilet that leads to the arrest of the perpetrators, remains in place.

"No one has applied for the bonus money yet... At first there were a lot of inquiries, but now everything is quiet," said company director Philip Austin.

A spokeswoman for Blenheim Palace said she could not comment due to an ongoing police investigation.

Technical investigator Charlie Hill told the BBC in October 2019 that he believed the toilet would be cut down and the gold would be melted and sold.

Hill previously helped solve the mystery of the theft of an 1893 copy of Edvard Munch's book The Scream, which was stolen from a museum in Oslo in 1994.