Never before has the box office been more ridiculous and never before have festivals, one after the other, been capable of so much. The comment, between resigned and only distracted, is from a ... 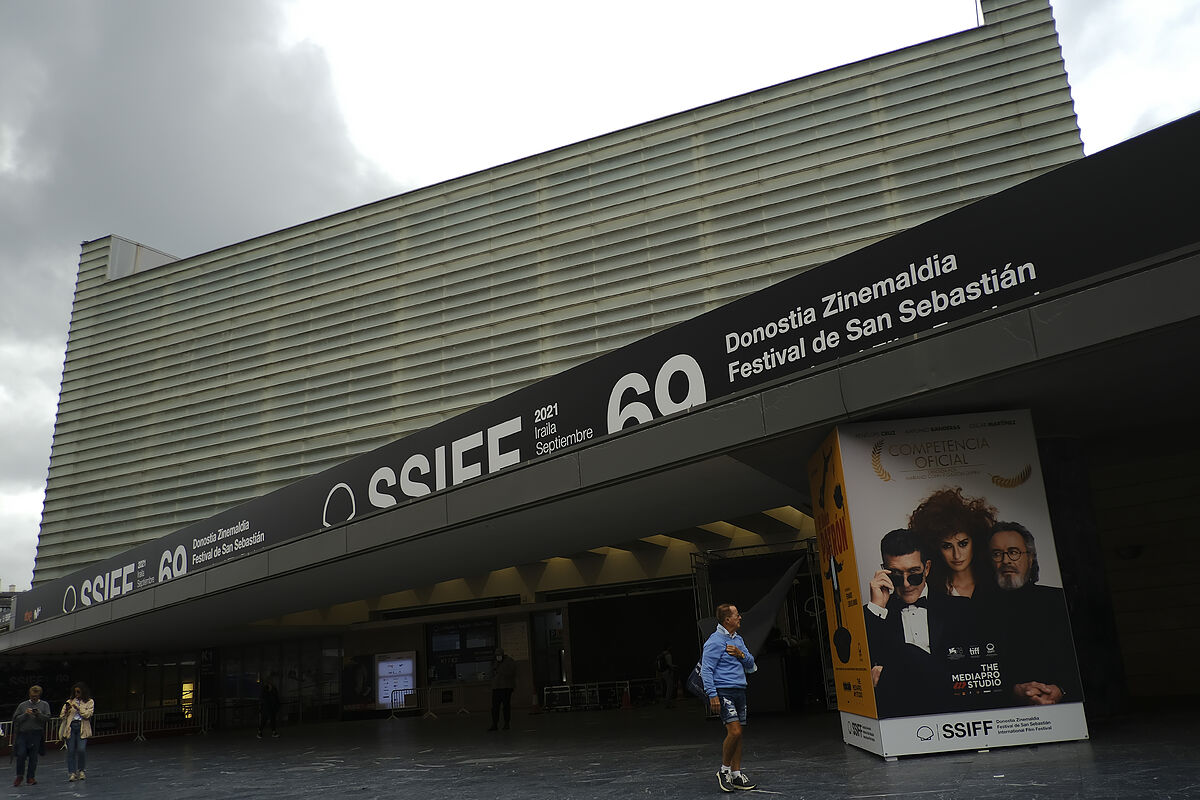 Never before has the box office been more ridiculous and never before have festivals, one after the other, been capable of so much. The comment, between resigned and only distracted, is from a Spanish producer while he entertains himself by taking photos with his mobile through the window of the plane that lands in San Sebastián. And in the diagnosis, in effect, penance. Just finished

a plethora of Venice Festival

that has seen how

conquered the Volpi Cup thanks to one of the most inspired films, by clear and emotional, by Pedro Almodóvar, the appointment of San Sebastián starts and makes him convinced of his way to face to a historical occasion, to a kind of revalidation that who knows if it will not mark his future and that of Spanish cinema itself.

In fact, all are unavoidable commitments since Cannes turned its July call into an exam for world cinema after the pandemic and, at its hand, the platform bubble. The appointment ended with a note, with a historic Palme d'Or very close to the '

- determined to become the cinematic event of the decade. At the Mostra de Penelope, the same. The recital of major films from the Golden Lion of '

The Power of the Dog

did nothing more than confirm that the diagnosis of the occasional producer-photographer is correct.

San Sebastián has thus been awarded this year the responsibility of measuring what Spanish production is capable of, both socially and artistically and industrially. Almodóvar aside, what will be seen is the perfect X-ray of a cinematography, like most of them, on the edge of all abysses. The star film, both for its position on the grid (his is Saturday) and the subject he dares to deal with, is '

. If last year at this time, the series '

on the novel by

managed to arouse something much more important than simple attention, this year is the story of the widow of the

the one who claims for himself the spotlights and even the certainty of the controversy.

If the cinema is of all the arts the one that comes closest to the mirror in its capacity not so much to reflect reality as to turn it into an object of its own and at the same time differentiated from each one of us for common reflection and analysis, it is in films like this one where its relevance and meaning are at stake. At his side,

' the same thing that he proposed 20 years ago with

'Mondays in the Sun'

, but it would seem that from the opposite side. If that was a film about the accidents of identity in times of reconversion and unemployment, now he wants the comedy to breathe through the bonhomie of a heartily cruel or sadistically kind businessman, whatever you want. A new challenge for

enlighten us about the size of the giants. Again, it is a film about each of the fantasies, myths and even lies that make up and give meaning to reality; it is cinema for provocation and debate.

, move in another register and in their disparity they help to complete the picture of everything that cinematography can be capable of. From the terror and the '

' respectively, now it is the genre that is summoned. These are two personal and codified ways of understanding cinema that equally serve to reflect on the obsession with youth, on time, on motherhood or on anger. It would remain to cover the locker of the cinema determined to question everything, even the voice from which it is spoken, and that would be in charge of the monumental film

. In about three and a half hours, the director dares to make the best and clearest possible description of Spanish adolescence after almost five years of field work. It is fiction with the same forcefulness as a document; it is fable and stark reality. Everything at once.

If, in addition, we add the presentation of the more than ambitious international series'

, which adapts the novel by Javier Cercas'

', it is clear that never before and probably never after has San Sebastián assumed so clearly and even dangerously the responsibility of giving or not the'

'to Spanish cinema, to all of it as a whole and in a such a delicate moment ... when the producers take photos through the windows of the planes.

FROM JOHNNY DEPP TO JESSICA CHASTAIN

In any case, not everything begins and ends in Spanish cinema. In the official section, the one that measures everything, well-known names such as

' about the British poet Siegfried Sassoon, or

, who opens the show with his particular tribute to cinema hand in hand of

. This, along with shining secrets such as '

, one of the most original looks in present-day cinema, always determined to bring cinematographic expression to each of its limits; or like '

investigates, from his way so close to the documentary to understand the staging, the life of Marguerite Duras's lover; or like '

who recovers the nerve of his best works; or like the return of

, another of her always tremulous and somewhat murky looks of intimacy.

They are just a few outstanding examples. The part of the stars, the part of the tributes and the one that compiles a good part of the best works that have passed through other festivals, is literally invaded. On the controversial side, the Donostia Award to

has already sold out for months. The festival defends its decision and puts on the table that the actor has never been tried or convicted of abuse. On the other hand, there are not a few who draw attention to the sentence of the British court that overthrew the actor's appeal against a journalistic report in which all kinds of aberrations were described against which his wife Amber Heard was. And so. The other winner, without anyone opposing it, is

And not far from those in the previous paragraph,

, who presents a documentary about her mother Jane Birkin;

, who brings the Michael Showalter film '

The Eyes of Tammy Faye

who premieres his new job as a director '

, who exhibits his brand-new award at the last Venice for his most personal film ... And

Let's say that a few times before, San Sebastián raised so many names and, perhaps for this reason, never before has Spanish cinema been seen so much to risk perhaps everything.

Without a doubt, the best possible photo of Spanish cinema ... seen from the window of an airplane.