New report reveals: Girls and non-binaries are particularly vulnerable in the e-sports environment 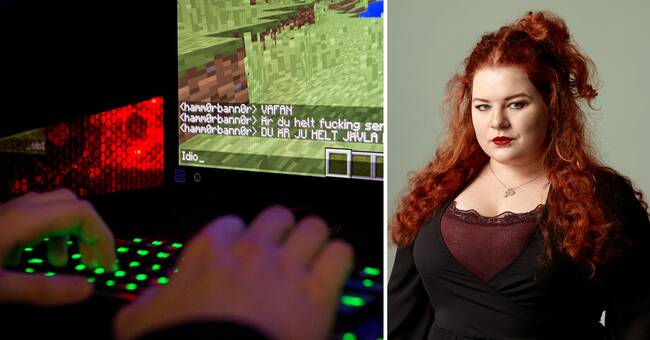 - It has been an industry that has been very separated from the rest of the world, so it has grown here in a rather unpleasant way, says Lillie Klefelt, founder of Female Legends and one of the authors of the report.

Women and non-binaries are often exposed to both abuse and sexual harassment in the gaming world.

This shows a new report from the association Female Legends where they interviewed 130 girls and non-binaries aged 13-26 years.

- Everyone suffers from abuse, but the biggest difference is that girls often experience abuse that has to do with their gender and often of a sexual nature.

It can, for example, be "going back to the kitchen" but it can also be questions about being a prostitute, says Lillie Klefelt.

Do not think all the way

The association Female Legends was founded in 2016 and works to improve the environment for girls and non-binaries in e-sports and gaming.

In the report "Go back to the kitchen - why are there no girls in e-sports?"

one examines the structures of the e-sports world.

Among other things, you can read that girls and boys play about the same amount until they are 13 years old

after that the difference is big.

According to Lillie Klefelt, many girls quit their gambling due to the harsh environment in e-sports.

I think it is rooted in a misunderstanding and that you have not thought all the way, says Lillie Klefelt.

How big a part does the gaming industry play in this?

According to David Jawette, project manager for the annual LAN party, Dreamhack, they welcome the Female Legends report, and say that they want to work with the association to make gaming and e-sports a sport for everyone.

"Gaming as a social meeting place, and e-sports as a competitive form of competition, has in relation to most 'meat sports' almost no physical parameters that explain why more girls do not participate, but rather it is the prevailing culture that puts a stop to the current situation, which this report underlines ", writes David Jawette in an email to Kulturnyheterna.

Hear Lillie Klefelt talk about how girls and non-binaries are exposed to harassment in the gaming world in the clips above.