A plumber's lawyer, "Al-Bunni Adamin" in Egypt, reveals a surprise: She has a permit to practice massage

Walaa and the human plumber "Youssef Khairy" had been partners for several years before their partnership ended only about 5 months ago! Only those who tuned it, though 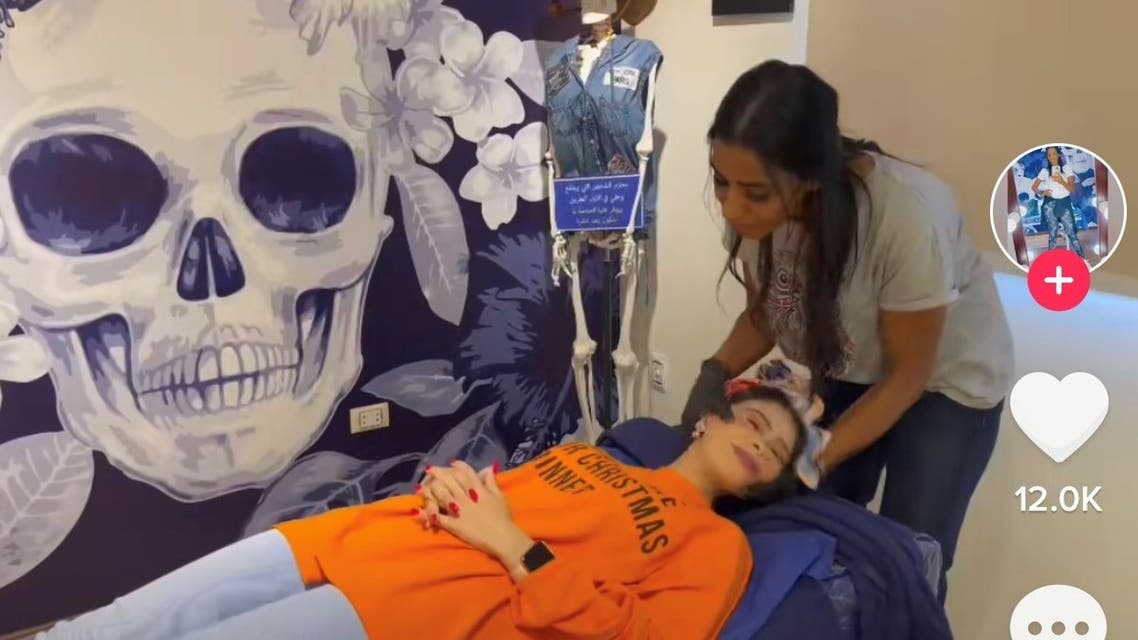 A plumber's lawyer, "Al-Bunni Adamin" in Egypt, reveals a surprise: She has a permit to practice massage

Walaa and Al-Bunni's human plumber "Youssef Khairy" were partners for several years before their partnership ended only about 5 months ago!

After her news was buzzing on the communication sites, questions spread about the reasons for releasing "Walaa Muhammad", known as "The Human Body Plumber" in Egypt, only two days after her arrest, despite her acknowledgment of practicing a profession in violation of the academic qualification.

Walaa, who holds a diploma in commerce and did not graduate from any medical college, was arrested days after the seizure of the “Admiral Al-Bunni Plumber”, for whom videos of celebrity treatment spread on the communication sites, and the number of his followers exceeded two million on the “Tik Tok” website, after which he faced many accusations.

In an interview with Al Arabiya.net, Sameh Abu Deif, Wala'a Muhammad's lawyer, blew up the surprise, as he confirmed that Walaa and the human plumber Youssef Khairy had been partners for several years before their partnership ended only about 5 months ago!

It seems that the disputes of the "Plumber of Two Humans" did not separate them for long, as they returned to face the same charges before the prosecution, which included practicing the profession of physiotherapy without a qualification, and establishing a medical center without a license before the prosecution released "Walaa Muhammad" on bail of 10 thousand pounds, pending the case.

The defendant's lawyer, Al Arabiya.net, denied the charges against his client, and confirmed that Walaa did not deny that she had obtained a trade diploma and worked as a fitness trainer at the same time. She has been specializing in fitness for over 15 years!

She also holds a permit from the Ministry of Manpower to practice massage or massage.

The lawyer denied his client's practice of physiotherapy, and confirmed that what Walaa does is "crackling", which is considered - according to his description - a type of massage and not physical therapy.

The lawyer added that the charges against "Youssef Khairy" are different, as it is possible that he does not have the necessary certificates to practice massage, physiotherapy or "clacking" therapy, which led to his continued detention pending the case, unlike his client, who submitted to the prosecution all the required papers from licenses and permits.

And about what the singer "Sandy" raised about her injury due to a treatment session at the "Plumber Al-Bunni Adamin", which almost caused her to be paralyzed, the lawyer stated that the artist had spinal problems before the treatment session, and that Youssef Khairy and his client Walaa Muhammad have nothing to do with this injury.

Chiropractic has spread among young people and artists in Egypt and the Arab countries recently as a treatment for back and neck pain, despite the warning of a large number of doctors and specialists of its danger, which could lead to paralysis.

The phenomenon of a number of unqualified people claiming to be able to treat in various medical specialties despite their lack of medical certificates has spread in Egypt recently, and the opening of clinics that have been operating for “years” without licenses or real oversight, prompting many to demand tight periodic supervision of clinics and hospitals.