The challenge of "SpaceX", which is scheduled to launch its first tourist trip into space this evening, Wednesday, is to make four people who have never been in orbit before spend three days alone orbiting the Earth, after they underwent training for only months. the task that 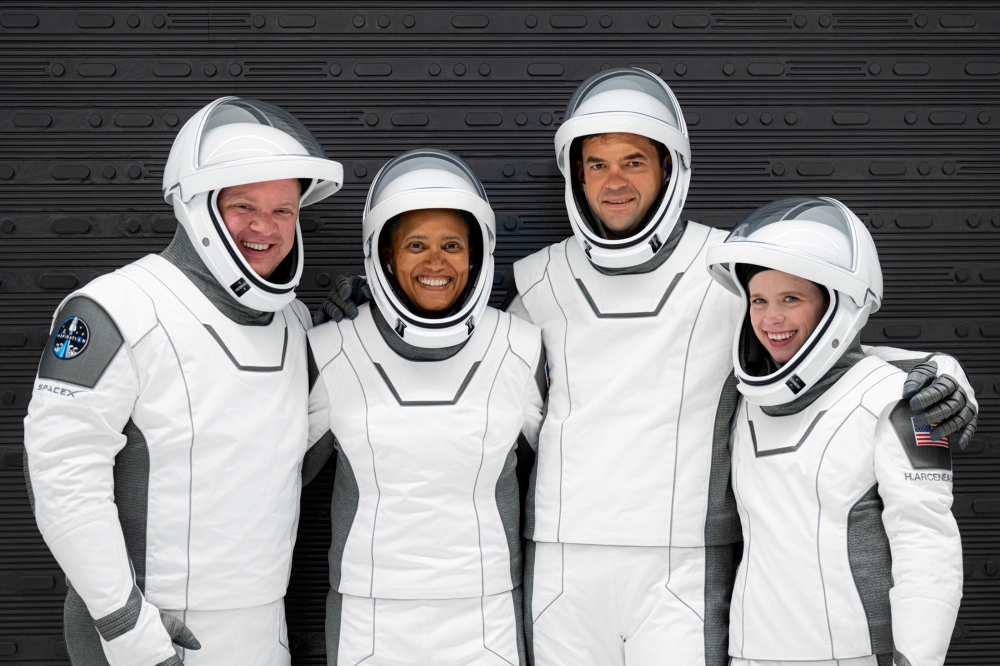 The challenge of "SpaceX", which is scheduled to launch its first tourist flights into space this evening, Wednesday, is to make four people who have never been in orbit before spend three days alone orbiting the Earth, after they underwent training for only months.

The mission, dubbed "Inspiration 4", is the first flight in history for a rookie to orbit, not including any professional astronaut.

It is scheduled to take off today at NASA's Kennedy Center in Florida, and they have five hours to complete the takeoff in favorable weather for the time being.

A Falcon 9 rocket carrying a Dragon capsule at the top will lift off from the legendary Launch Pad 39A at NASA's Kennedy Center in Florida from where the Apollo missions to the moon took off.

The four Americans on board are scheduled to fly further from the International Space Station, aiming for an orbit of 575 km. They will circle around the world about 15 times a day. At the end of their journey, they will begin to return to Earth and the craft will land off the coast of Florida and will be slowed by parachutes.

The most famous tourist on the SpaceX will be billionaire Jared Isaacman, a 38-year-old American who heads a financial services company and an experienced pilot. But he did not establish the company that would take him on this trip, but simply rented its services at an undisclosed price, but estimated in the tens of millions of dollars. He decided to give three seats to unknown people.

Hailey Arsino, a 29-year-old pediatric cancer survivor who works as a medical assistant at St. Jude Children's Hospital in Memphis, Tennessee where she was treated as a child, will be the youngest American and the first person to have a prosthetic limb in space.

42-year-old Chris Sembrowski is a former US Air Force soldier who currently works in the aviation industry.

The final seat went to Sian Proctor, the 51-year-old professor of Earth sciences who nearly became an astronaut at NASA in 2009. She will be the fourth African-American woman to go into space.

This is the fourth flight that Elon Musk's company, which in a few years has become the largest in the sector, has sent people into space, after it transported 10 astronauts to the International Space Station on behalf of NASA.

And tourists have already gone into space, as wealthy people visited the International Space Station between 2001 and 2009, aboard Russian rockets.

But the emergence of private enterprise programs represents a turning point.

SpaceX plans to organize space tourism trips at a later time, including a trip in January 2022, which will specifically transport three businessmen to the International Space Station.