According to the Dutch Association of Journalists (NVJ), the threatening situation that arose during and after the corona press conference on Tuesday evening. That is what general secretary Thomas Bruning says to NU.nl when asked. 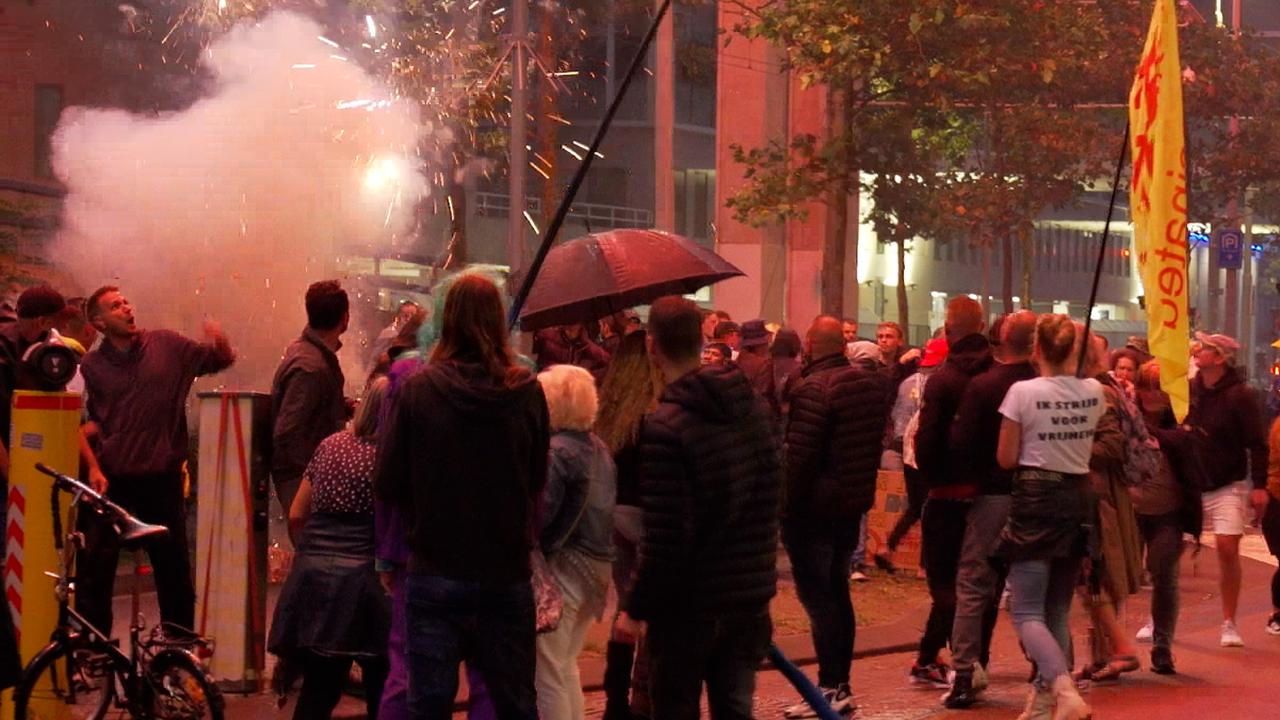 According to the Dutch Association of Journalists (NVJ), the threatening situation that arose during and after the corona press conference on Tuesday evening.

That is what general secretary Thomas Bruning says to NU.nl when asked.

Hundreds of demonstrators gathered during the corona press conference of outgoing Prime Minister Mark Rutte and outgoing Minister Hugo de Jonge (Public Health) on the Turfmarkt in The Hague.

The Ministry of Justice, where the press conference took place, was temporarily closed.

Protesters also blocked the building's parking garage at some point.

During the press conference, the live broadcast of the NOS went black for some time.

Press officers in the vicinity of the ministry also sought a safer place.

'There is a lack of corrective capacity'

Politicians, journalists and employees present were not allowed to leave the building immediately because of the grim atmosphere outside.

According to Bruning, the role of journalism is not sufficiently respected.

"No one was injured, but it is serious that journalists cannot do their job. There is a lack of corrective capacity among the demonstrators. They do not hold each other accountable for their behaviour. Our credo is: hands off our journalists They're just doing their job, respect that."

Bruning cannot say whether the police underestimated the number of protesters.

"But it is bad and alarming that journalists are seen as targets. And that a group of protesters does not want to see that those journalists are simply doing their job as independent observers. That is the worrying thing about many corona demonstrations."

At the press conference, the ministers announced, among other things, the extension of the corona admission ticket for a number of sectors. This corona pass is mandatory for people aged thirteen or older from 25 September in all catering establishments, at festivals, at cinema and concert visits and at professional sports competitions.