The Board of Directors of the Dubai Women Establishment held its third meeting for the current year, and the first for it after the new formation, in accordance with Decree No. (28) for the year 2021, issued by His Highness Sheikh Mohammed bin Rashid Al Maktoum, Vice President and Prime Minister of the UAE and Ruler of Dubai. The meeting reviewed a number of software and 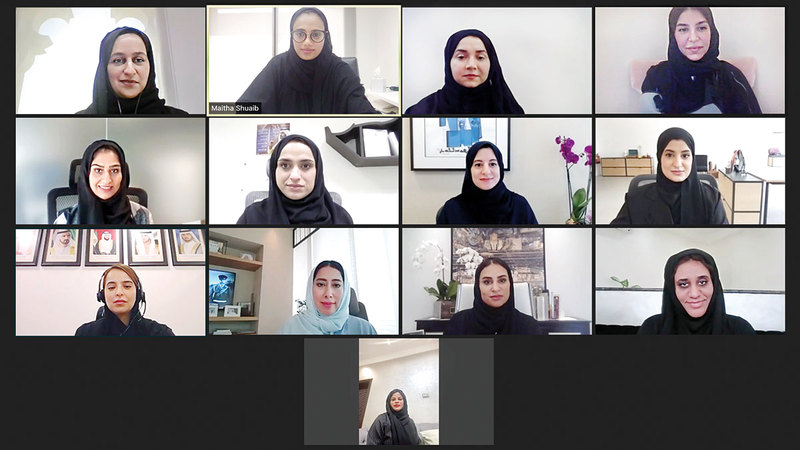 The Foundation intends to implement it in the coming period

The Board of Directors of the Dubai Women Establishment held its third meeting this year, and the first for it after the new formation, in accordance with Decree No. (28) for the year 2021, issued by His Highness Sheikh Mohammed bin Rashid Al Maktoum, Vice President and Prime Minister of the UAE and Ruler of Dubai.

The meeting reviewed a number of programs and projects that the Foundation intends to implement during the coming period, under the directives of His Highness Sheikh Mansour bin Zayed Al Nahyan, Deputy Prime Minister and Minister of Presidential Affairs, Her Highness Sheikha Manal bint Mohammed bin Rashid Al Maktoum, President of the Emirates Council for Gender Balance and Chairperson Dubai Women's Establishment, and in line with the Foundation's strategic objectives, aimed at supporting women in the social and professional fields, and enhancing their economic role.

Mona Al-Marri said: "The meeting discussed the developments of the Dubai Women's Foundation strategy 2022-2026, which stems from the strategy of the Government of Dubai and the next fifty-year plan in the country, which aims to advance Emirati women, raise the percentage of their participation in all sectors, and increase their representation in senior leadership positions and industry-making centers." The decision, which contributes to strengthening its role in shaping the social and economic future of the Emirate of Dubai and the country in general, in translation of the vision and directives of His Highness Sheikh Mohammed bin Rashid Al Maktoum. She announced that this new strategy will be launched next December, coinciding with (Expo 2020 Dubai), among other activities of the Foundation in this major global event in line with its strategic objectives.

The Board of Directors of the Dubai Women Establishment valued the constructive cooperation with the Supreme Legislation Committee in the Emirate of Dubai, of which the “Women’s Legislation Laboratory” is one of its important fruits, praising the efforts of both parties in developing and launching the “Guiding Guide for Women’s Remote Work in the Government and Private Sectors”, in cooperation with the Executive Office The Emirate of Dubai, and a number of relevant departments in the Emirate, with the aim of ensuring the proper application of the remote work systems approved by employers to female employees, and achieving harmony between them and the approved government strategies and policies in terms of providing a work environment more conducive to employment and retaining Emirati female cadres at work. By helping her achieve a balance between her job obligations and the requirements of her family life, while ensuring business continuity in emergency situations, raising the level of happiness and positivity among female employees and enhancing productivity.

A number of new programs of the Foundation were also viewed, including the executive sessions for women leaders, which it intends to organize on the 21st and 28th of this month for leaders in the public and private sectors, in which experts and academics will lecture at the American University of Singularity, with the aim of enhancing the professional skills of working women, thus contributing to raising the level of performance Productivity and work environment development.

The meeting of the Board of Directors of the Dubai Women Establishment reviewed the activities of the Dubai Ladies Club during the last period, which reflects its efforts to provide the best services to members and visitors.