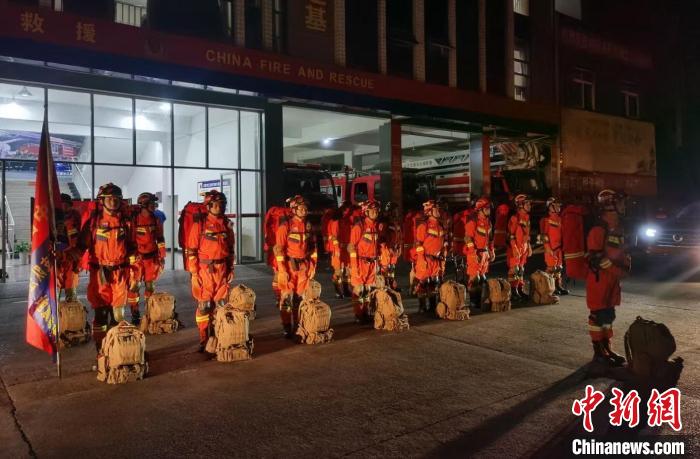 China News Service, Chengdu, September 16 (Reporter Liu Zhongjun) At 4:33 am on the 16th, a magnitude 6.0 earthquake occurred in Lu County, Lu County, Luzhou City, Sichuan, and earthquakes were felt in Chengdu, Neijiang, Leshan, Meishan, Zigong, and Yibin. , Rescue forces have rushed to the earthquake area to verify and carry out rescue and disposal work.

As of 05:00 on the 16th, the earthquake caused some houses to collapse.

China Earthquake Networks determined that a magnitude 6.0 earthquake occurred in Lu County, Luzhou City, Sichuan Province at 4:33 on the 16th. The focal depth was 10 kilometers. The epicenter was located at 29.20 degrees north latitude and 105.34 degrees east longitude.

The average elevation within 5 kilometers of the epicenter is about 310 meters.

It is understood that the earthquake felt obvious in Luzhou City, and many people were awakened in their sleep.

The live video showed that there was damage to the house, some local residents ran to the street, and the school students were evacuated to a safe area in time.

Relevant departments directly under the province immediately entered the state of emergency and did a good job of rescue, emergency duty, information collection, disaster investigation, and social stability.

The cities (prefectures) where the earthquake occurred quickly dispatched personnel to carry out disaster verification and on-site rescue work, and promptly reported to the Provincial Earthquake Relief Headquarters.

At the same time, the Sichuan Fire Rescue Corps also launched an earthquake cross-regional emergency rescue plan, mobilizing 100 people in the heavy squadrons of the earthquake rescue team in Chengdu and Yibin detachments, as well as the communications support detachment and the combat support detachment; the earthquake rescue light squads of the Zigong and Neijiang detachment 60 The personnel and communications support team and the combat service support team immediately assembled and rushed to the Luxian epicenter area of ​​Luzhou City for reinforcements.

The Luzhou Emergency Bureau is intensively dispatching and commanding.

At present, the Luzhou Comprehensive Emergency Rescue Detachment has dispatched 4 teams, 4 vehicles with 37 people, and is rushing to Lu County with earthquake rescue equipment. The emergency response work of the earthquake is continuing to be intensively scheduled.

The highway traffic police passing through Luxian County is conducting investigations on Luxian and surrounding expressways.