Martina Luoni, the Italian Olatz Vázquez who denounced the collapse of hospitals during the second wave, dies

&amp; quot; I still can't believe it. Martina Luoni has left us &amp; quot ;. In the photo that accompanied this message, Martina, ill with colon cancer, appeared in the foreground ... 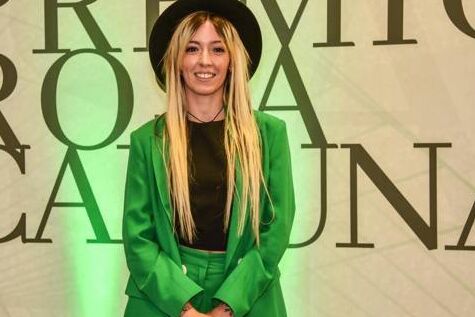 "I still can't believe it.

Martina Luoni has left us."

In the photo that accompanied this message, Martina, ill with colon cancer, who died this Tuesday, appeared in the foreground.

"The surgical activity cannot be suspended," he demanded in a video.

"Today the lioness has lost the battle"

, you can read on her Instagram profile where she has told, as a diary, the vicissitudes of her illness.

His case is reminiscent of that of the Spanish journalist Olatz Vázquez, who also died of cancer on September 3 and used social networks to explain, day by day, the vicissitudes of the disease.

The president of the Lombardy region,

, has mourned his death.

"The disease, which unfortunately afflicted her for a long time, has overcome.

We will never forget her smile,

It was in November 2020 when Martina Luoni became popular on Italian social networks.

She published a video complaint on Instagram where she recounted

He was diagnosed with colon cancer in 2018. "I live with a countdown over my head. Why should I waste a single minute?"

His testimony reached the regional government, which specified that "no

Marina became one of the first witnesses to testify to the aftermath of the war against Covid. To the point that he was able to reproach those who did not comply with the restrictions for their attitude from the headquarters of the regional government.

"I have cancer, but my main problem is you.

Martina managed to gather 40,000 followers on Instagram who followed her battle to survive cancer and her future projects on a daily basis.

Without hiding the effects of the medication and the weakness they caused him.

On July 19, she wrote that she was "tired of being strong, of enduring pain and discomfort, of being called 'Leona,'" the nickname with which some family and friends identified her "bravery."

The last time he shared content was on August 4.