From July 8 to 25, the "Marseille Jazz des Cinq Continents" took up the challenge of maintaining a high-level program despite the health constraints imposed by a pandemic still poorly controlled ... 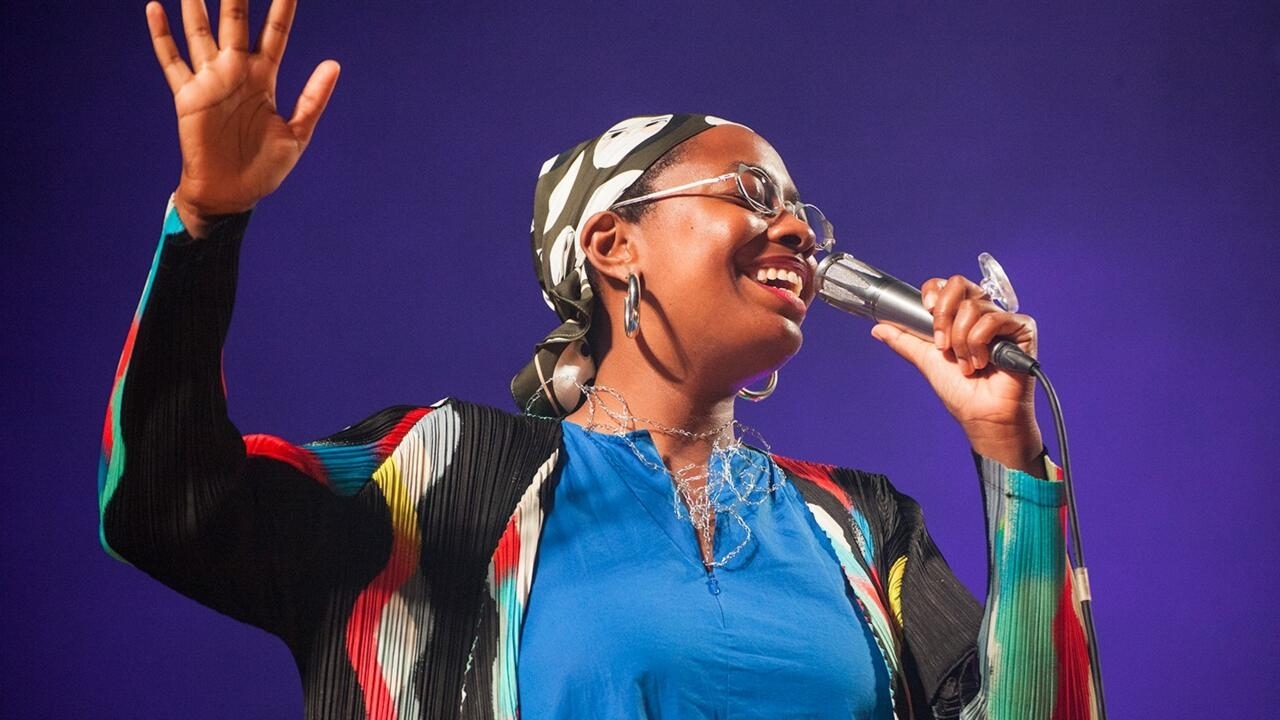 The international colors of Marseille (Part 2)

took up the challenge of maintaining a high-level program despite the health constraints imposed by a still poorly controlled pandemic.

Deprived of the 2020 edition which was to celebrate the 20 years of the festival, the organizers have gone to great lengths to offer spectators all the diversity of world cultures.

From Cuba to Haiti, from Syria to the West Indies, the sound colors of the planet sparkled brilliantly for three weeks in the Marseille city.

The final bouquet was to welcome the group Kokoroko, a collective of restless British musicians, determined to illuminate the gardens of the Palais Longchamp in Marseille with an explosive repertoire steeped in jazz and Afrobeat. Unfortunately, travel restrictions linked to the health crisis prohibited this long-awaited service. It was at a moment's notice that the singer Cécile McLorin Salvant, accompanied by her pianist Sullivan Fortner, made the last evening of the

by choosing to play with the different facets of its Métis culture. French songs rubbed shoulders with the jazz of his American counterparts. From Charles Trenet to Dianne Reeves, all the colors of his sound universe sprang up with grace and agility. It must be said that the Caribbean roots of the young performer are combined in the plural. Born in Miami, to Haitian and Guadeloupe parents, Cécile McLorin Salvant has within her this rich heritage diversity that sparkles in her voice and in her works. Nourished by very eclectic musical sources, she listens with the same greed to traditional African music and European lyrical pieces studied during her youth. This open-mindedness and the elasticity of his voice earned him, in 2010,the unanimous recognition of the jury during the international Thelonious Monk competition. Since then, Cécile McLorin Salvant has received numerous awards including three Grammy Awards.

His partner, July 25, 2021 in Marseille, was the pianist Sullivan Fortner. Originally from New Orleans, he shares with Cécile McLorin Salvant this taste for multicolored exchanges. His hometown is, of course, the cradle of jazz, but above all the crossroads of Afro-planetary music. He too likes to listen indifferently to Leonardo Bernstein, Giacomo Puccini, Whitney Houston or Ellis Marsalis. His pluralist vision of music has won over many of his contemporaries, including Paul Simon, John Scofield, Dee Dee Bridgewater, Christian Scott aTunde Adjuah ​​and the late Roy Hargrove. Her melodic prowess, alongside Cécile McLorin Salvant, delighted the Marseille public whose warm applause enchanted Hughes Kieffer, the artistic director of the festival.

It was indeed a challenge to organize such a meeting when the viral risk was real and could upset everything.

However, the musicians played the game, adapted, the spectators were conciliatory and the party took place.

Without deviating too much from the international dimension of the festival, the organizers have preserved the spirit of cosmopolitan freedom and can congratulate themselves on having succeeded in this bet!

The international colors of Marseille (Part 1)