So far so close - Matthew Henson, pioneering black explorer of the North Pole

When on April 6, 1909, men reached the North Pole for the first time, history has retained the name of only one of them: Robert Edwin Peary, naval engineer and explorer ... 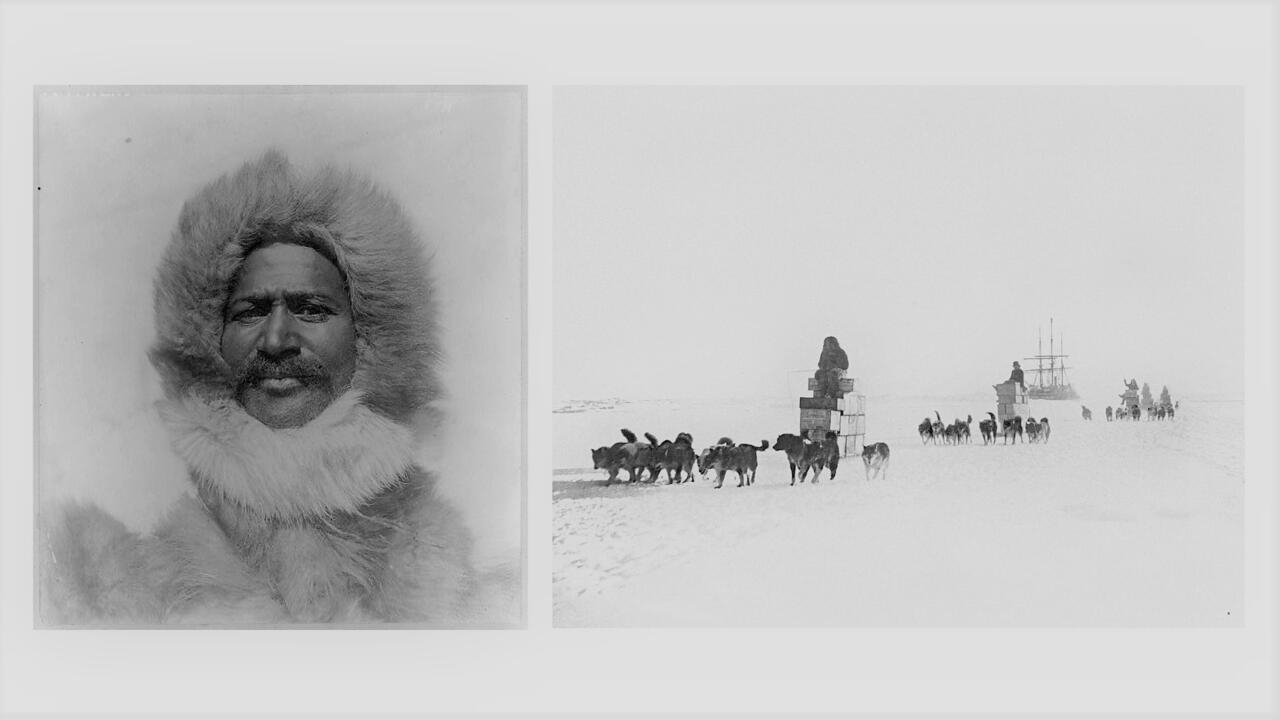 Matthew Henson is the only one to speak the Inuit language and will be an indispensable link in the 1909 expedition, launched by Robert E. Peary to assault the North Pole.

When on April 6, 1909, men first reached the North Pole, history has retained the name of only one of them: Robert Edwin Peary, naval engineer and American explorer.

By his side, however, on this sea of ​​ice, there were also 4 Inuit and a black man: Matthew Henson, an adventurer as important as he was unknown in the history of polar exploration.

After a first mission in Nicaragua, Matthew Henson was from 1891 on all of Peary's expeditions to the geographic North Pole, finally reached after 7 attempts over 23 years. But on their return from this mythical and contested 1909 expedition, Peary will be entitled to full honors while Henson, his faithful companion, will receive a watch, a gold chain and a meager pension. He will end up being a parking guard in Brooklyn until his recent and posthumous rehabilitation.

Following the trajectory of this Boreal figure, little known in the French-speaking world, it is the assurance of a fascinating dive into crazy polar expeditions, against the backdrop of the founding issues of modern America: the racial question in emerging from the abolition of slavery in 1865, the race to conquer the poles and the ideal of achieving knowledge of the world, the mythical and persistent figure of "civilizing pioneers" who often use science to arrive to their ends, sometimes to understand, especially to conquer ...

On the occasion of the publication for the first time in French, by the anthropologist Kamel Boukir, of "

Diary of a black explorer at the North Pole"

, Matthew Henson's logbook, a look back at the

life of 'a descendant of slaves whom nothing predestined to hoist himself on the roof of the world and who knew how to overcome the polar immensities and the racist prejudices of his time.

Diary of a black explorer at the North Pole

Preface and translation by Kamel Boukir.

From discovery to invasion of a mythical high place

The magnetic North Pole is moving faster than expected

Roald Amundsen, the man who flew over the North Pole in an airship

Isabel Coixet opens the 65th Berlinale at the North Pole