Report Africa - Uganda: in Kasese, the floods leave no respite to the inhabitants (1/3)

In recent years, the Kasese district, at the foot of the Rwenzori mountains, on the border with the DRC, has been facing numerous floods, a direct consequence of climate change. Dep ... 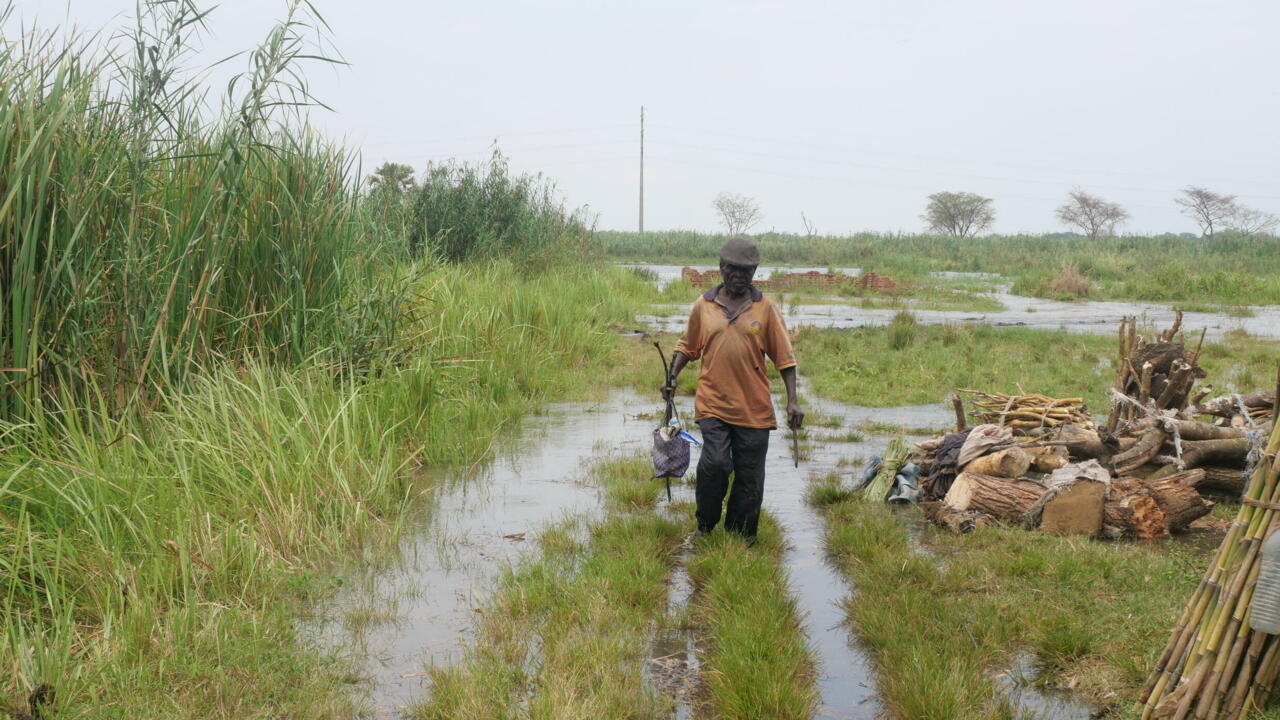 Due to the floods, the people of Kanyangeya have lost much of their crops.

In recent years, the Kasese district, at the foot of the Rwenzori mountains, on the border with the DRC, has been facing numerous floods, a direct consequence of climate change.

For the past month, the overflows of the Nyamwamba river have affected communities living near the banks almost every week.

In the village of Kanyangeya, the daily life of the inhabitants is now punctuated by bad weather.

From our special correspondent in Kanyangeya,

Along the main road in the village, Jocelyn is blocked on her motorcycle taxi by the torrents of water pouring into the road.

The flood is too strong, you just have to look at the current, the water is still rising,

In a few minutes, the water from the Nyamwamba river invades the paths and houses of the village of Kanyangeya.

For the inhabitants, gathered together in the shelter of the bad weather, it is the fourth flood in a month.

This situation is more than untenable for Bambali.

I have nothing left," he

If there is flooding, I lose all my crops.

All I can do is ask my relatives for help and some food to survive,

"My house is in danger"

Rubber boots, with his feet in the water, Alfred collects some corn plants that he has managed to save from the floods. With the rainy season on the way, the farmer is worried about the next few weeks: “

It's scary, it's been months, years, that it does not stop. My house is in danger, the water continues to rise, it scares me very much. Now my only hope is to be able to be sent to one of the IDP camps

The first major flood hit the region in 2013. Since then, every year, the overflows of the Nyamwamba river have become more and more violent.

one could not imagine the magnitude that the floods would take.

Thirty years ago, there were quite a few, but much smaller and less frequent.

Now it's become unbearable, we're going to have to leave, we can't live here anymore.

For Evelyn Mugume, environmental officer for the Kasese district, climate change in the region largely explains the intensity of the floods.

Here, climate change is manifested by very heavy rainfall and by the melting of glaciers in the Rwenzori mountains.

And of course, this excess water finds its way through rivers.

So the water goes down to the valley and attacks the villages,

According to her, the floods have also caused numerous landslides in the Rwenzori mountains in recent years.