“Our Old Ones” .. A Window on the Creations of the Past

The Sharjah Radio and Television Authority opens to its audience a new media window to follow and watch its most prominent media and artistic works that have been shown during the past 30 years. 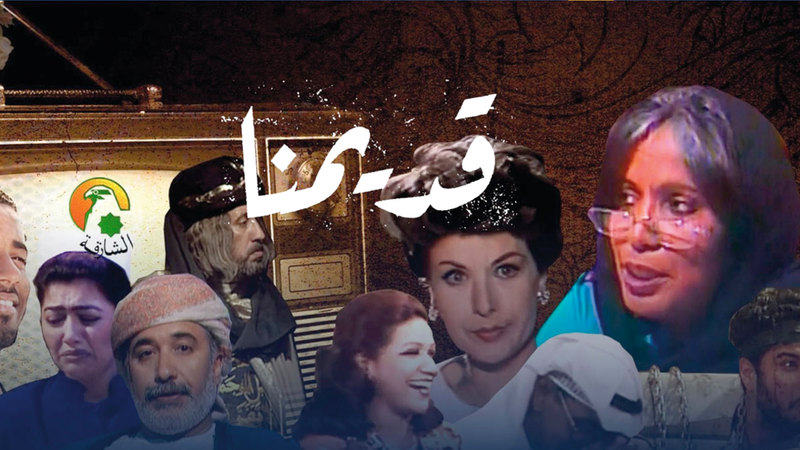 “Our Old Ones” .. A Window on the Creations of the Past

The section presents works exhibited over the past 30 years.

The Sharjah Radio and Television Authority opens a new media window for its audience to follow up and watch its most prominent media and artistic works that have been shown during the past 30 years. Thus, it adds qualitative content to its platform, which has a large library of programs related to the authority.

The topics presented by the section vary, as it presents viewers with a selection of dramas and societal works in which a group of Gulf and Arab stars have been created. And the dialogue of the writer Salem Al-Hattawi and starring a group of stars, including: Ahmed Al Jasmi, Maree Al-Halyan, and Saif Al-Ghanim.

In addition to many distinguished works such as "Sawalef", "Ben Sahtout", "Contradictions", "The Shroud" and others.

The section includes a corner dedicated to the theater that displays a selection of works in which a large number of stars have created, such as the play "The Return of Hulaku" by His Highness Sheikh Dr. Sultan bin Muhammad Al Qasimi, Member of the Supreme Council and Ruler of Sharjah, starring Ahmed Al Jasmi, Saif Al Ghanem, and others.

In addition to many works that added to the Gulf and Arab theatrical movement, such as: the play “The Case” written by His Highness the Ruler of Sharjah, and represented by Saif Al-Ghanim, Ahmed Al Jasmi, Samira Ahmed and a group of artists.

The platform takes the audience from viewers to remember the place and the joy of Eid through a series of programs and reports that monitored the celebrations of the emirate and the state on the occasion of holidays and official occasions, in field coverage that sheds light on many of the tourist and heritage attractions that formed the identity of the emirate.

The Sharjah Radio and Television Authority had resumed the process of archiving its video library in 2017, through an integrated plan through which all the selected tapes went through different stages of work before being entered into the library, and linked to its production and broadcasting systems. During the past five years, about 58 thousand were entered. A diversified videotape produced by TV, and 48% of the material entered on the electronic archive was transcribed, which contributed to preserving the program plan of Sharjah TV.

For her part, Head of the Artistic Production Quality Control Department, Ibtisam Al-Shayeb, said: “The section is one of the most important sections on the Maraya platform, and it is an important visual and visual legacy for the Sharjah Radio and Television Authority, which is keen to return the audience to a memory rich in details, and introduce them to a long period of media work, This section brings the people of Sharjah back to a beautiful time, and introduces them to the basis of the work of the channels, and their methods, and shows the differences between the past and the present.”

She emphasized that returning to those programs and dramas, theatrical and programmatic works would gain viewers artistic and cognitive value.

Ibtisam Al Shayeb: "An important visual and visual legacy for the Sharjah Radio and Television Authority, which is keen to return the audience to a memory rich in details."