The attack on the Twin Towers was an attack on architecture as a symbol, says architect Sara Grahn. The fear of new terrorist attacks has found its way into the design of today's public spaces and buildings - in more or less successful ways. 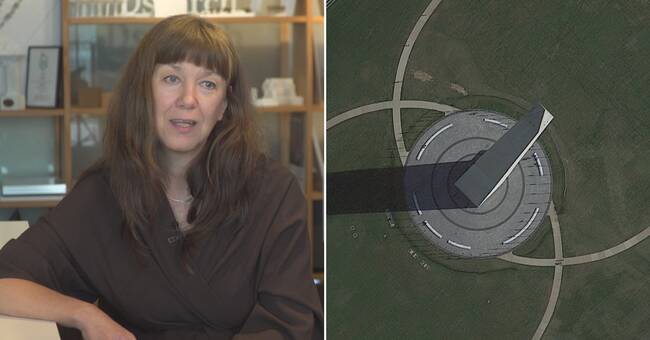 The terrorist attack of 11 September 2001 has affected the image of high-rise buildings and skyscrapers - they have taken on a new dimension as potential targets.

And architect Sara Grahn believes that the fear of new terrorist attacks has affected architecture.

It has forced new safety requirements and created more or less successful temporary solutions or extensions to make us feel safer.

The change primarily applies to buildings with some form of exercise of authority, but also to well-visited buildings such as museums.

- An example is the entrance to the Louis Vuitton Museum in Paris.

A relatively new building with an incredibly spectacular architecture and entrance.

With added security thinking, it has been given a small "shed" outside where the security check before entering the building now takes place, says Sara Grahn.

Another Paris example is the Center Pompidou, says Sara Grahn.

- The building's whole idea is about the space outside seamlessly turning into the large entrance room.

With new safety requirements, you have to pass a lock, added to the building.

The building's whole idea of ​​transparency and an openness between the inner and outer public space has been abandoned, she says.

In Oslo, there has been a great debate for a long time about the government building Y-block, designed by the Norwegian architect Erling Viksjø, with a unique natural concrete facade and giant reliefs by the artists Carl Nesjar and Pablo Picasso.

Despite major protests, the building was finally demolished in November 2020, as the government quarters proved vulnerable during the terrorist attack in Oslo and on Utøya on 22 July 2011.

But changes in architecture take a long time.

Sara Grahn therefore hopes for new and better security solutions in the future.

- If we are to continue to live with this fear, in the long run there will be better ways to meet the safety requirements, she says.

Sara Grahn thinks that landscape architecture has succeeded better with that task.

- An example is the Washington Monument, where the "collision protection" is an elegant long bench that makes cars unable to get close, but offers a fantastic place to hang out to view the monument and the other visitors.

Even here in Sweden, security solutions can be seen in the city.

They may not be the most elegant, but children often hang on to them as play sculptures, even if the smaller children no longer reach the backs of the big lions, says Sara Grahn.