The mother of one of the best professional players of the famous electronic game “Fortnite” signed a contract with a gaming company to develop her career. Anne Fish, 58, runs the business of her son, Benji Fishy, ​​after he turned professional three years ago. The British player says she has started playing the game 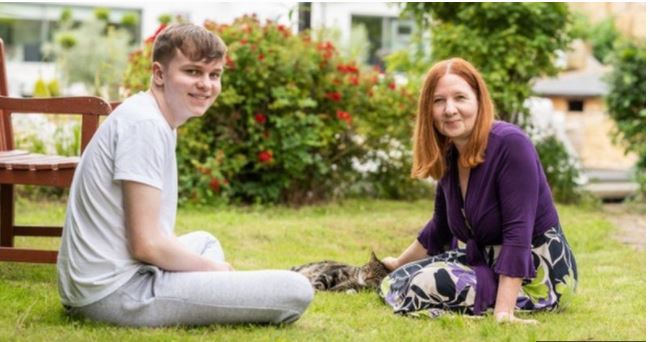 The mother of one of the best professional players of the famous electronic game “Fortnite” signed a contract with a gaming company to develop her career.

Anne Fish, 58, runs the business of her son, Benji Fishy, ​​after he turned professional three years ago.

The British player says she started playing the game last February out of curiosity to improve her understanding of what her son spends all this time on.

And according to the British Broadcasting Corporation «BBC», she quickly managed to accumulate a large number of followers on the Internet, and then signed a paid contract with an electronic games company.

"I never thought I'd ever play Fortnite, follow it online, or be able to sign a contract with an organization interested in this, it's really exciting," she said.

Anne broadcasts her games on Twitch, followed by 430,000 people, and posts videos of her matches to her YouTube fan base of 165,000 people.

"The next step is a million" followers, she says, speaking from the same room from which she broadcasts to her fans, and the room includes a collection of photos, games and teddy bears, as well as a YouTube prize for those who subscribe to their channel 100,000 subscribers.

Ann, who lives in the Sunbury-on-Thames area, gets paid a month by the powerful Galaxy Racer, a sports and electronic games company.

I used to hide from the other players in the event of my defeat.”

"I started getting better, slowly, you know," she says.

But my reflexes are not as good as the young players, so I have to focus more on strategy.

I thought it would be really nice to see if I could get into the Champions Division and play solo, which I did.”

"It's very cool," says Ann's son, Benji, that his mother is now a professional athlete.

"It is very strange, because I always wanted to be a player, but it became strange when my mother became a technical professional," he adds.

“Three years ago, I would not have imagined that this could happen.

If I was told this is what I believed, it is really unreasonable.”

Benji Vichy ranks as one of the world's top 10 players, by several locations, and was one of the few British players to make it to the World Cup at Fortnite in New York in 2019.

He says he gave his mother some advice but "left her alone" in the next room, where he participates in high-level tournaments for thousands of pounds in prize money.